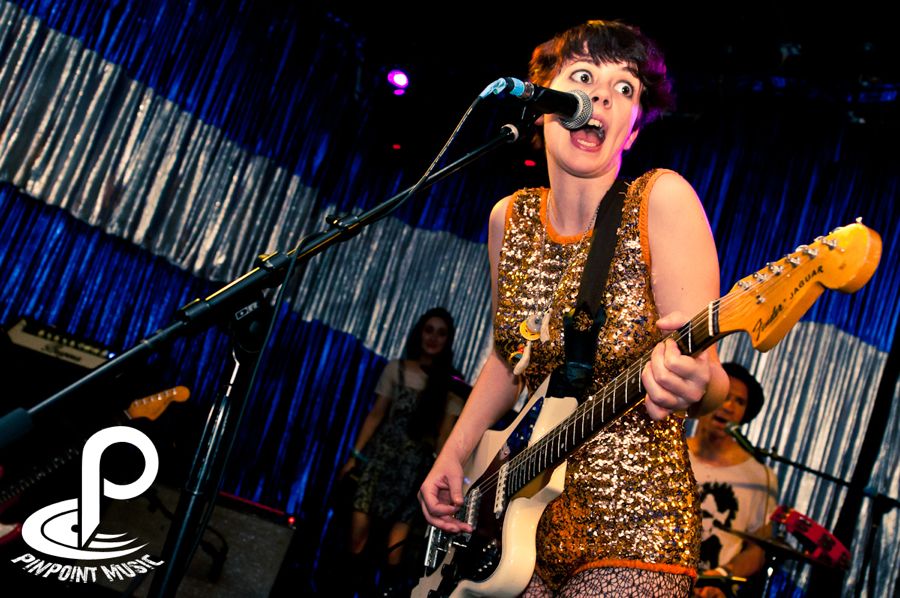 Those Darlins played a slammin’ show this past Tuesday, April 19, 2011 at the Satellite. Serving up a sweaty platter of garage pop mixed in with some whiskey soaked country blues, the girls quickly steamed up the dance floor. The band was on the last legs of their tour in support of their new album, Screws Get Loose and my did they go out with a bang leaving Los Angels craving for more of their wild guitar driven bangers. We found a much more mature Those Darlins on the stage before us as they got bodies shaking to the sound of their catchy new album as well as playing tunes from their self-titled debut. It was clear that endless touring has paid of for the band as they totally owned the stage like true rockstars.

The last couple times we saw Those Darlins perform in L.A. at both the Hotel Cafe and the Silverlake Lounge, they were a wild bunch that kept us laughing with their not-so-girly antics. Now we find them upping their axe game with skilled shredding, guitar poses and an even more magnetic stage presence. Although each band member has definitely excelled, we saw a whole new Jessi Darlin on the stage. Aside from her cute new pixie cut, Jessi has honed up to the role of front-woman for the band with her bold persona and no fear attitude. She may be petite but this lil Darlin’ is not afraid to jump in you face as she dances with her guitar or stares you down with those big brown eyes. I’m not quite sure what her new crazy possessed stare was all about, but we seriously dug it. It was sexy in a frightening, I’m-gonna-eat-you kind of way.

It was also a real treat to see drummer and the only male part of Those Darlins, Linwood Regensburg really come into his own. He was bumpin’ some mean uglies on those skins feeding us explosive drum beats as the ladies’ handled some jangly guitars and steady bass lines. Each of the Darlins contributes their unique vocals in each of the songs whether they’re singing back-up or taking the lead it’s a really cohesive effort between the four of them. Although with this new album and tour we’ve seen more of a leading role with Jessi, the rest of the band still remains individually strong and appealing.

The sultry songstress, Nikki Darlin exudes sheer sexiness with her calm and collective stage presence and deep vocals. The last couple times we saw her she was quite the comedic firecracker and this time around she was a bit more intriguing and mysterious. Taking the lead on one of my favorite songs, “Wild One,” all eyes were on Nikki as she so smoothly sung the lyrics to their break-out single. While Kelley Darlin stands alone as the blonde bombshell of the group (sorry Linwood), she carries herself with a mature and alluring attitude. But don’t let her calmness pull the wool over your eyes. As soon as the band played another oldie from their catalog “Hung Up On Me,” Kelley takes the lead as though she were born for it. Shouting out the lyrics as she swayed her blonde locks, the girl can really rock out and handle her axe like a pro. She definitely has some style in her craft. 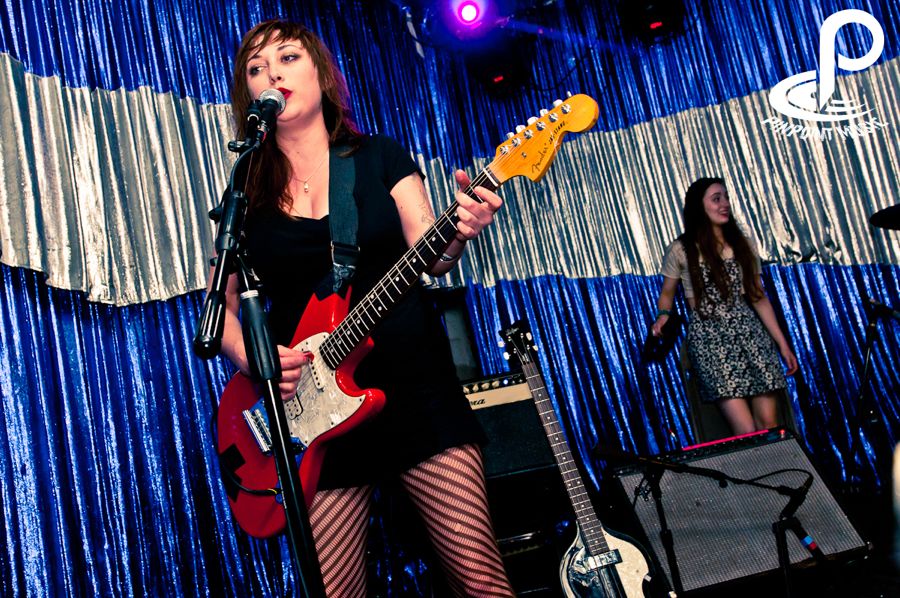 With Those Darlins new album being totally upbeat and full of energy, you can imagine how many bodies were movin’ and groovin’ to the new garage pop sounds of songs such as “Be Your Bro” and their playful title track “Screws Get Loose.” Jessi really does a great job of hyping up the crowd with her powerfully cute vocals. While songs such as “Hives” radiates a 60s girl-group vibe powered by the sexy vox of Nikki. Sticking to the 60s girl-group theme, Kelley did an extraordinary job singing “Boy.” It’s such an adorable song and I recall being totally enamored by her cantor especially when she cooed the lyrics “Hold me now. Never let me go.” It was truly endearing. Now, what really got the crowd in a dance frenzy was Those Darlins’ two songs about one of their favorite things: food! As soon as both “The Whole Damn Thing” and “Fatty Needs A Fix” came into play, the crowd went bonkers! Both songs are absolutely hilarious and will cause you to burn enough calories on the dance floor to make up for the gluttony of food they talk about in these two songs. Another song that totally captured my mind was the stoner jam “Mystic Mind.” Jessi does a stellar job of playing up the vibe to this song especially with that possessed look of hers. This song was bad ass live! I absolutely loved it and had wished for a fat spliff to spark up some magical plumes. But then I remembered I don’t smoke weed. However, after witnessing this dope song live I was naturally as high as a kite.

Those Darlins put on one of the best shows I’ve attended in 2011. It was a hedonistic mix of pulsating garage, hypnotic psychedelia and charming pop melodies that really made your body bust a groove. It’s a difficult feat for bands to get the majority of the crowd dancing (especially in L.A.) but for Those Darlins it was a piece of cake. We were like jiggling putty in their hands dancing to every damn song they threw out at us. It was fuckin’ epic. 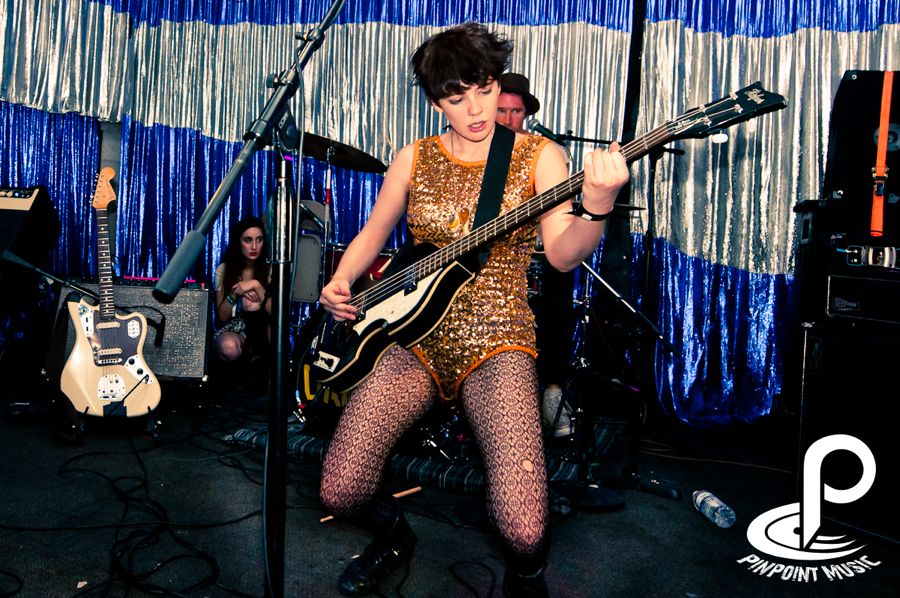 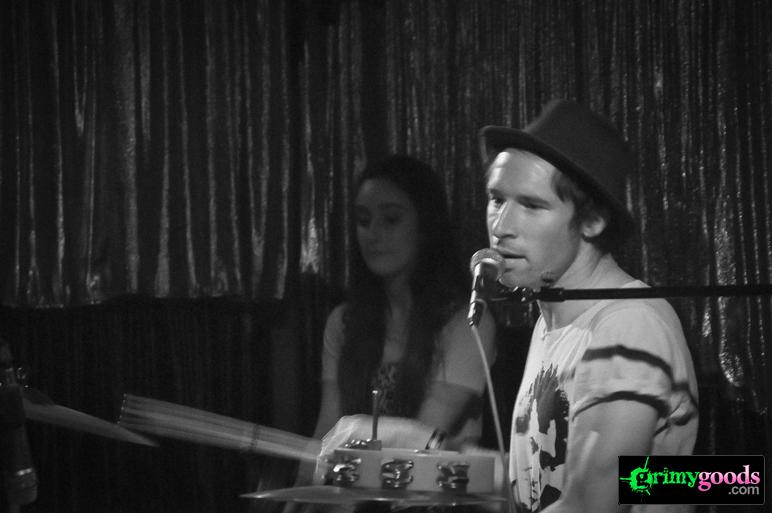 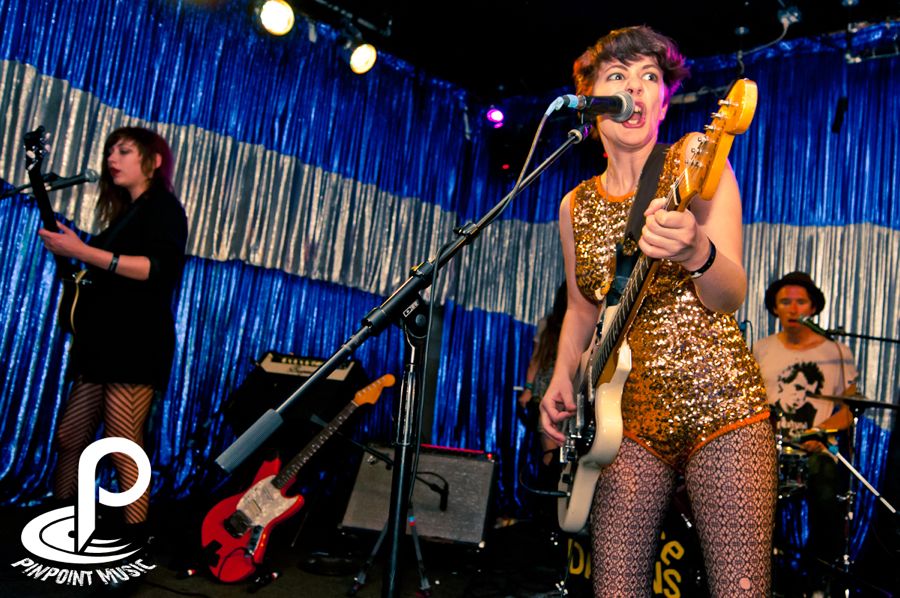 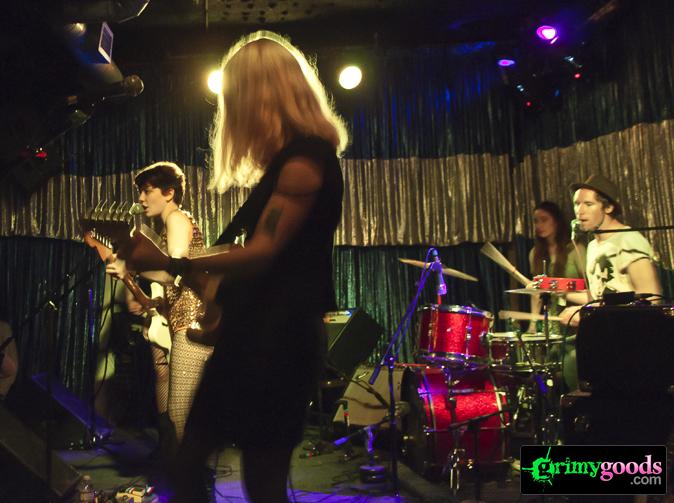 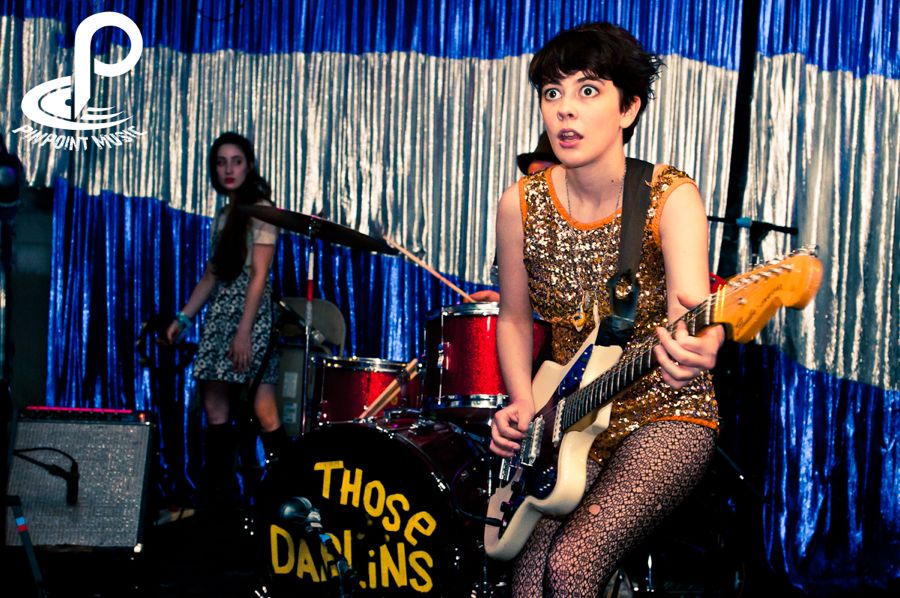