I’ve said it before, and I’ll say it again, I absofuckinlutely love Those Darlins! If you have yet to listen to their thrashin’ country-punk-garage-rock, your really need to cruise on over to their site and give them a listen. But even better yet, their live performance is spot-on full of crazy hot dancing, wailing guitars and grimy crowd interaction. These girls will get so in-your-face, whether it’s with their body, guitars, food or beer, they’ll be right up in you mug to the point of blissful awkwardness. And to top it all off, they’re really fuckin’ hot! 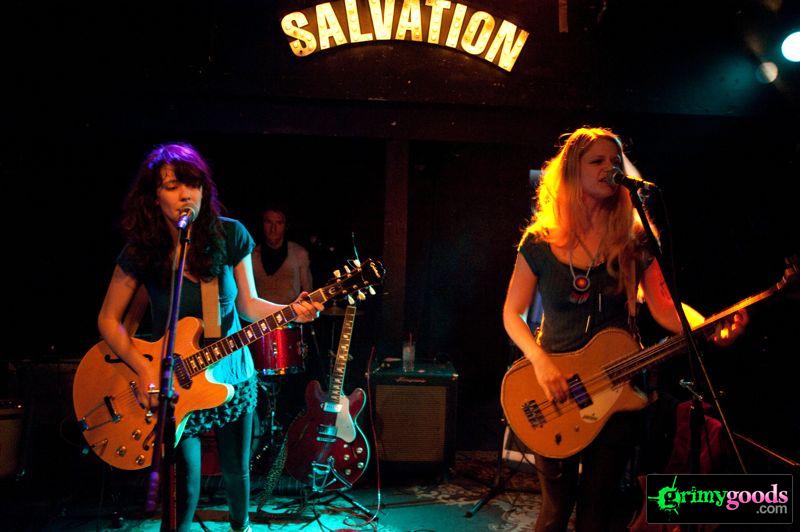 I can’t tell you how much I was looking forward to catching the girls at the Troubadour last night with, King Khan & BBQ Show. It was going to be an all night rock out and sheer madness! Unfortunately, King Khan had to cancel due to car troubles, or was it love troubles, or maybe mushroom troubles, I dunno—whatever it was, it royally sucked! I really hope they come back to LA and give us the proper rock-out we’ve been waiting for. It was like taking candy from a baby. Needless to say, Those Darlins can surely carry on their own show and thats’ just what they did.

With a quick location change to the infamous Silverlake Lounge, the girls worked the crowd up into a hedonistic frenzy. Mid set we were all dancing up a sweat as we watched these crazy chicks put on an epic good show.

Kicking the night off with “Drivin’ Nails In My Coffin” and “Wild One,” two hot songs off their sexy single that brought them out into the indie scene, the girls grew more wild as the night rolled on. 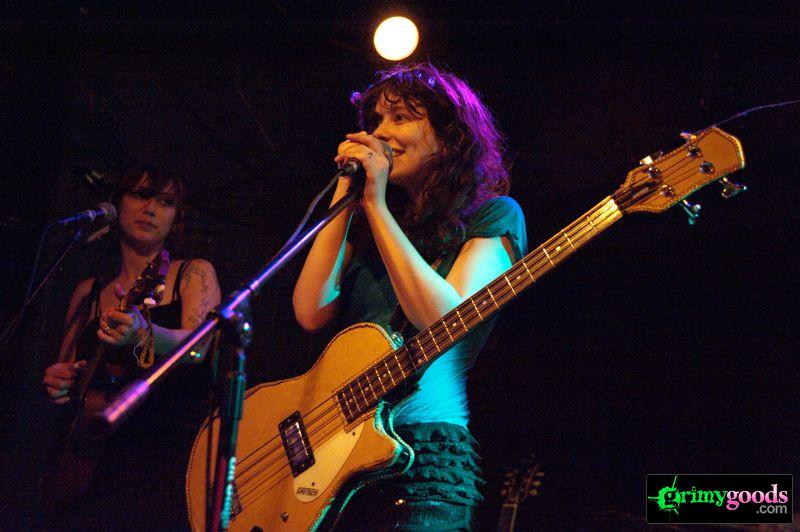 From the sweet love song “Red Light Love,” where a grumpy Nikki Darlin yelled out to the crowd, “Who loves love? FUCK love,” to an amazing four-minute set of nothing but guitars, Those Darlins put on quite the guitarmageddon with “Hang On.”

But once the girls began to close up their set with a cover of Iggy Pop’s “Shakin’ All Over,” the shit got a lil crazy. As Jesse Darlin’ wild’s out with that big ass guitar of hers and Kelly Darlin jumps into the crowd with her bass, you then have Nikki spitting beer on the crowd! I even saw her spit up into the air! Her wad just about clipped Jesse Darlin in the head!

After the show, the good times kept rolling at the Silverlake Lounge. Nikki Darlin is quite the “Wild One.” From sloshing, to tits, all the way to nacho cheese and taco bell, it’s too bad I can’t share everything that was talked about that night.  Until next time!

6 thoughts on “Those Darlins at Silverlake Lounge: Photos and Review”