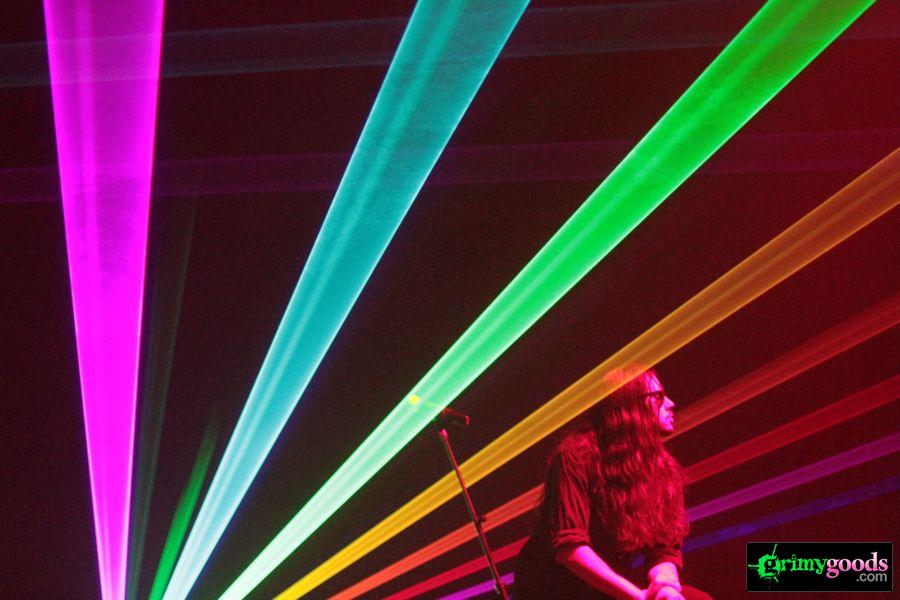 Ghostland Observatory is mother f*cking sexy!  Sexy music, sexy dance moves, and two sexy gentlemen,  almost too much!  This show on May 8, 2011 at Club Nokia was charged with a primitive futuristic tribe feeling as people donned in glow in the dark accessories danced themselves into a frenzy.  The band started the set with the usual mist of fog and echoing noise building the anticipation.  They then busted out into the song “Glitter,” a groovy song with a steady beat, off their new album Codename: Rondo.  The stage was lit up with their signature light and laser show which you can check out here.

The duo from Austin,Texas are definitely show men with a feast for all the senses.  Including your fashion sense, ha!  Electronic noise, beat maker, composer, producer and one half of the duo, Thomas Ross Turner was clad in his usual cape, this one being a shiny metallic lone star flag that I want to own.  Front man Aaron Behrens was in all black topped off with a 70’s cowboy hat and of course sunglasses, as usual.  He was not wearing his hair in the two braids we’ve become so used to seeing, but had it down free flowing looking hot as ever.  Oh, God is he hot!  Sigh…  What’s great about these guys is the fact that they have not changed one bit in the way they perform, dress, and act on stage.  This is the exact show you would have seen more than five years ago when they played at the now closed Ritz in Austin, minus the laser show.  The next song is my absolute favorite GLO song “Vibrate” off of the album Paparazzi Lightning.  I can’t say enough about this song.  It’s one of those songs that just makes me want to lose control.  It’s synth, it’s funky, it’s disco, it’s… well, can you please just stop what you’re doing and give it a listen, please.  Also if you click on that you will see Aaron’s famous dance moves, again, HOT!  Every song they played off Paparazzi Lightning had the crowd go into freak out mode.  Probably because it’s one of the best dance-your-ass-off albums of all time.

There are two moments that really stuck with me from this show.  One was the performance of the title track “Codename: Rondo” off of the new album.  It’s a really strange song, but oddly catchy.  The verse is all talk in which Aaron just kind of perched himself on the monitor talking to some invisible being. Then the chorus is simply the word “listen,” in a strange robot-demon voice.  Hmmmm, it’s interesting.  The second moment was the performance of a cover song.  The sexually charged song, “Darling Nikki” by Prince.  It was definitely their own take on the song performing it slow and smooth and making every one’s mouth water.  The entire show was amazing and I am jealous of those people that have never seen them perform live, because there’s no time like the first time you see these guys.  The feelings are immense and make my heart want to explode. 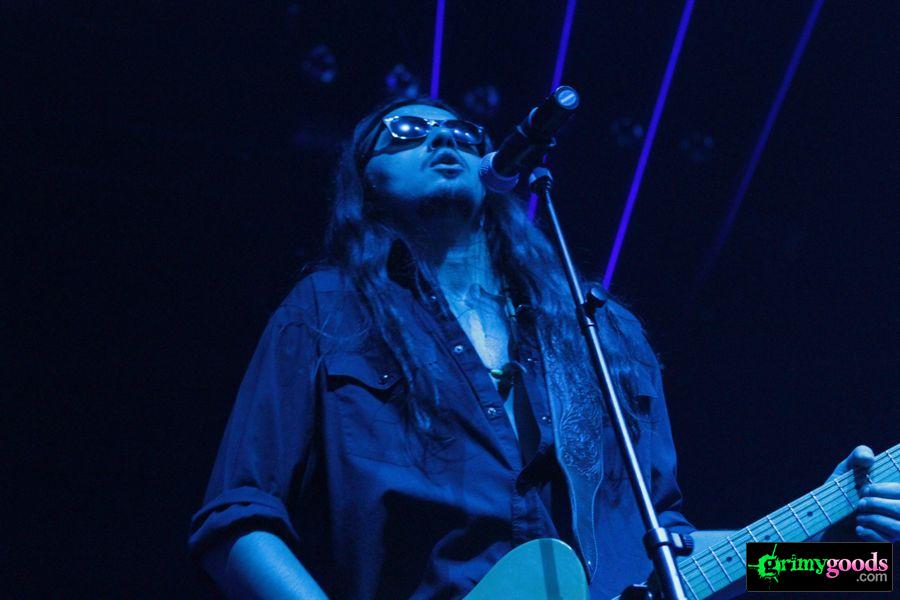 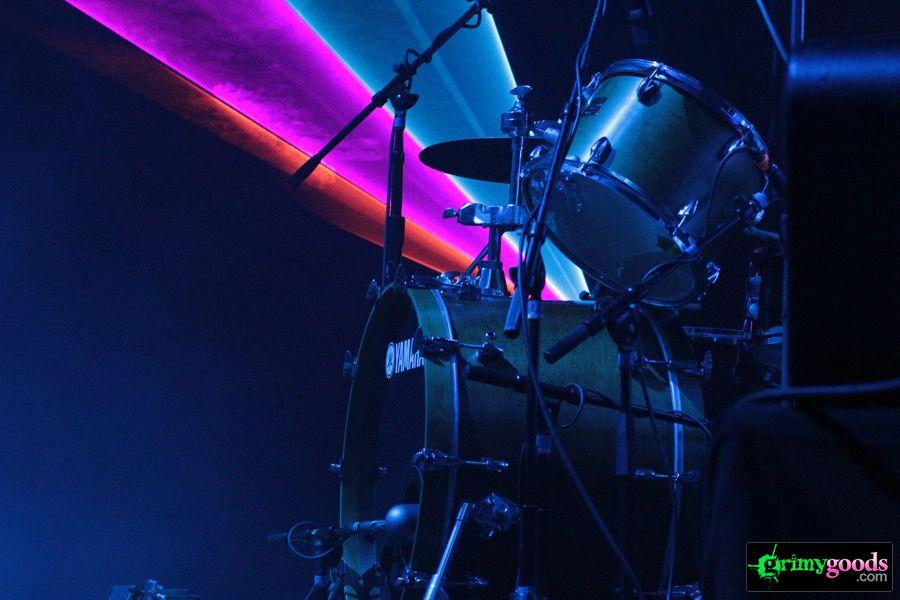 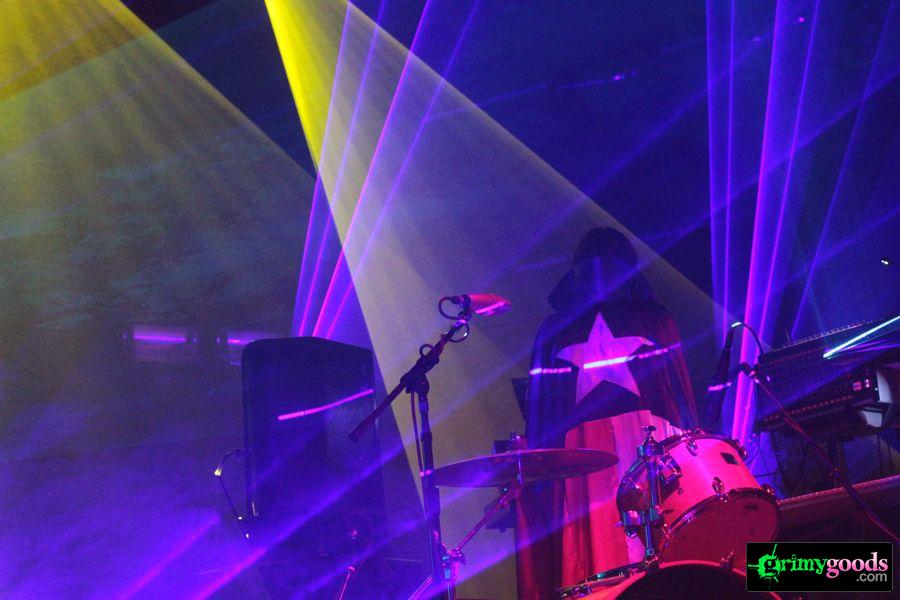 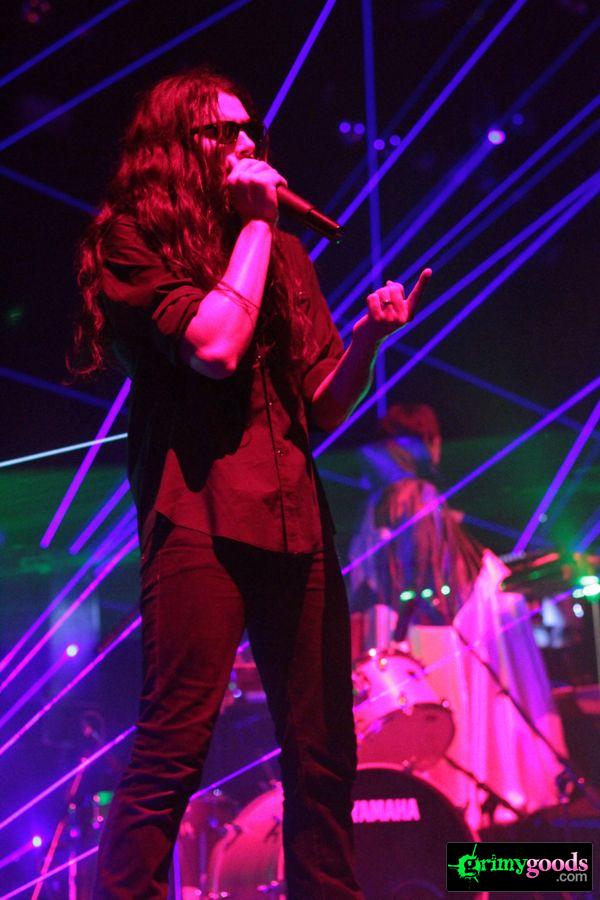 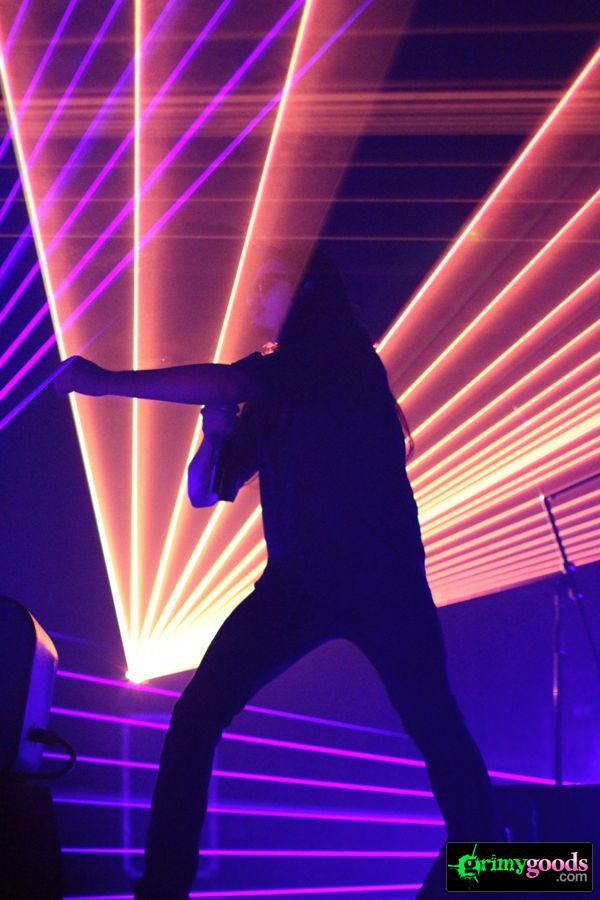 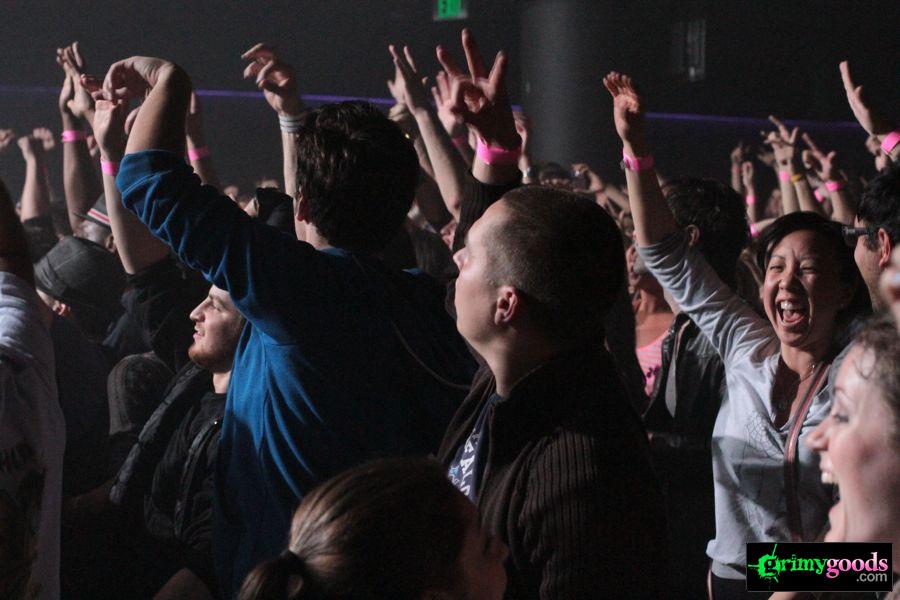 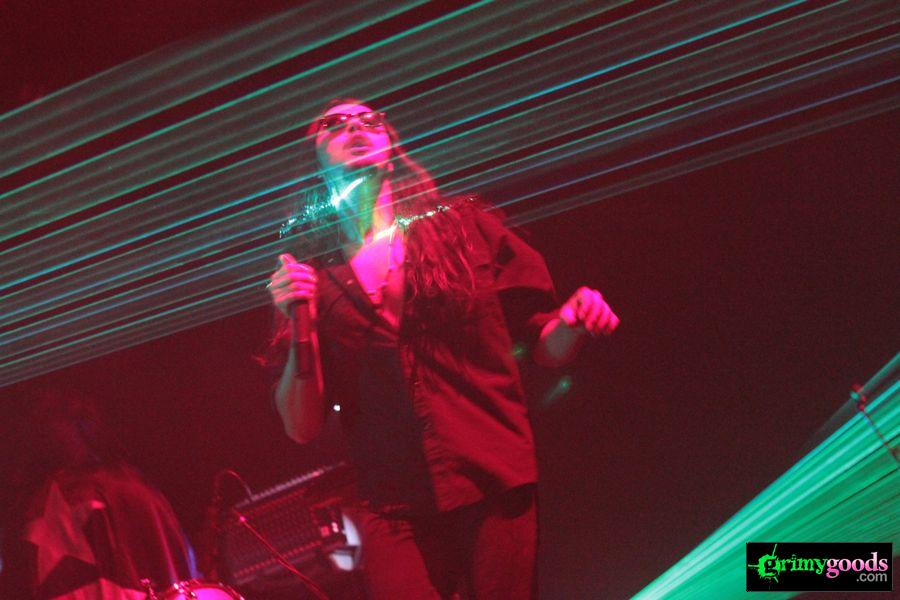 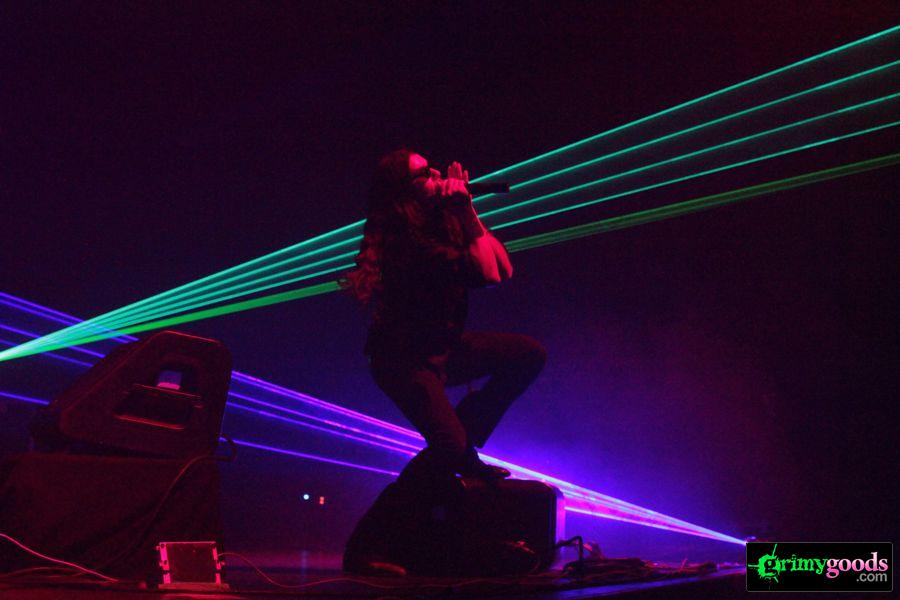