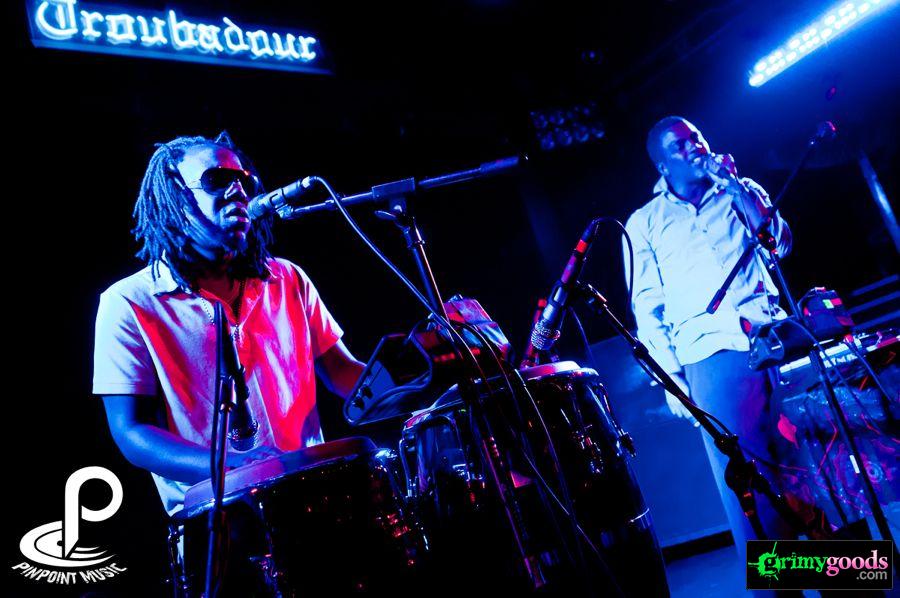 With out even reading the bio on Shabazz Palaces’ new album, Black Up, I instantly thought of one of my favorite hip hop acts, Digable Planets. The rhymes were as smooth as hot buttah’ on a bread roll and the beats were exotically tight. After doing my research I was even more stoked to learn that Shabazz Palaces was the new project of Palaceer Lazaro (aka Ishmael “Butterfly” Butler of Digable Planets).

Upon arrival at the Troubadour on Thursday, June 9, 2011 I wasn’t sure what to expect from the experimental hip hop duo. The place was definitely not packed which caught me by surprise considering it was Butterly from Digable. The half-hour search for parking on the pricey streets of West Hollywood would have made me think otherwise but the journey for a parking refuge was probably due to some douche Hollywood locals gettin’ their flash on. This Shabazz Palaces gig was anything but flash.

The opening act, Thurzday had been a surprising no-show due to some “miscommunication” or some other lame excuse. This didn’t seem to disappoint the slim crowd considering they were all here to see Shabazz. With in 10 minutes of Shabazz taking the stage, the room quickly filled up to a decent size. On the stage before us we were greeted by a smiling Palaceer Lazaro and a live percussionist (Tendai Maraire) who pretty much killed it on the congas bringing Lazaro’s rhymes to life. As Lazaro sweated out a variety of obscure almost philosophical rhymes, he would kick up the psychedelia with his MPC and Mac Book Pro. This was definitely some intergalactic, dark hip hop not meant for mainstream rap minds — I guess you could say it’s hip hop for the progressive intellectual and surely not your average hipster-that-hearts-hip-hop blasting out some Odd Future.

As the first hip hop act signed to indie heavy hitters, Sub Pop, you best believe this is some ill shit. Or is it? I must admit, I love Shabazz Palaces’ new album Black Up. I played that record on repeat for at least six revolutions on the first day. It’s completely exotic, mystical and breathes life with its carefully crafted rhymes produced by the creative mind of Lazaro. The pulsating orchestrations and planetary beats on the record give Shabazz a larger than life sound. This larger than life sound however, was not prevalent at the Troubadour. Don’t get me wrong, Maraire was bangin’ it up on those congas, making me feel as though I should be running naked in a Brazilian rainforest on some spiritual journey. But the congas and Lazaro’s beats alone didn’t size-up to the robust flavor of Black Up. I think Shabazz should consider getting a full live band for their next show and throw up some sultry female back-ups in the mix. 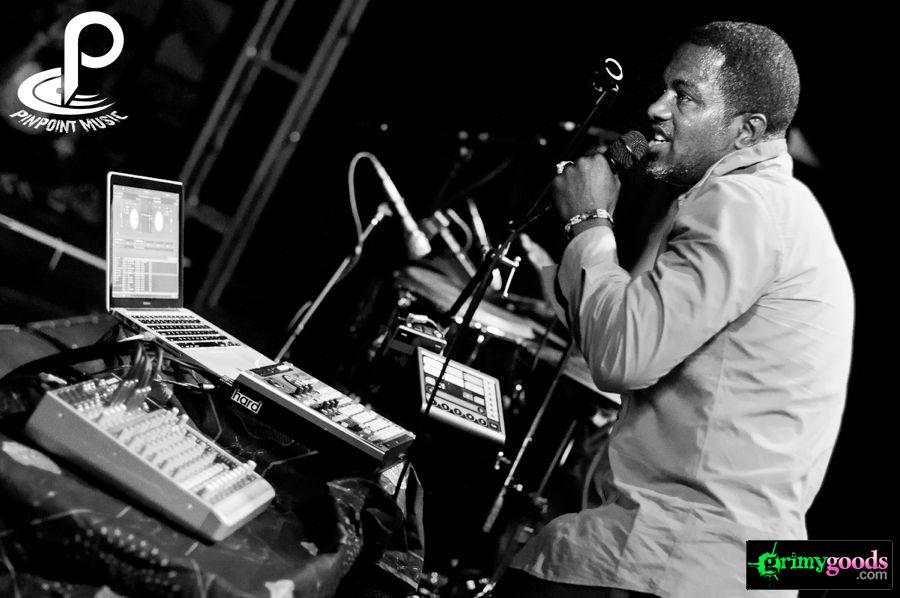 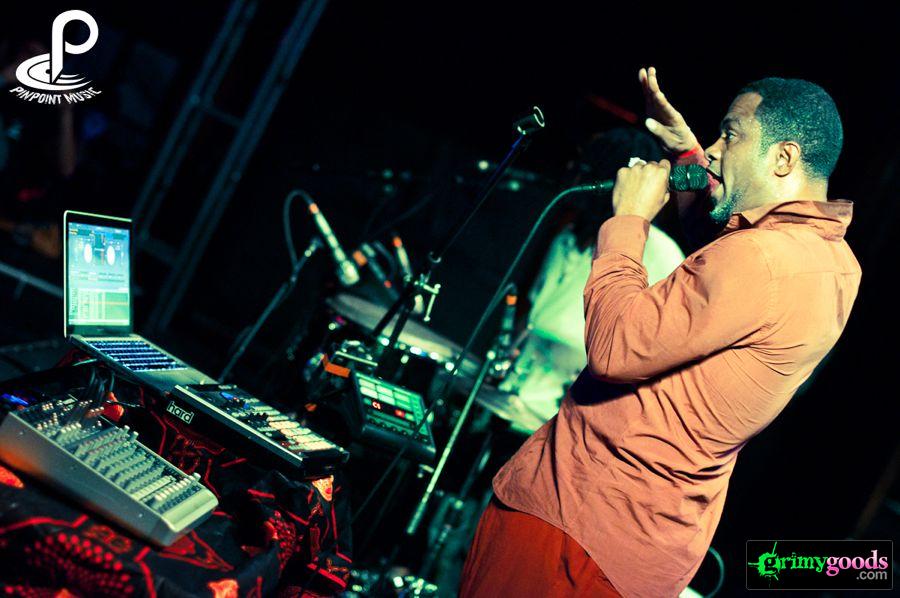 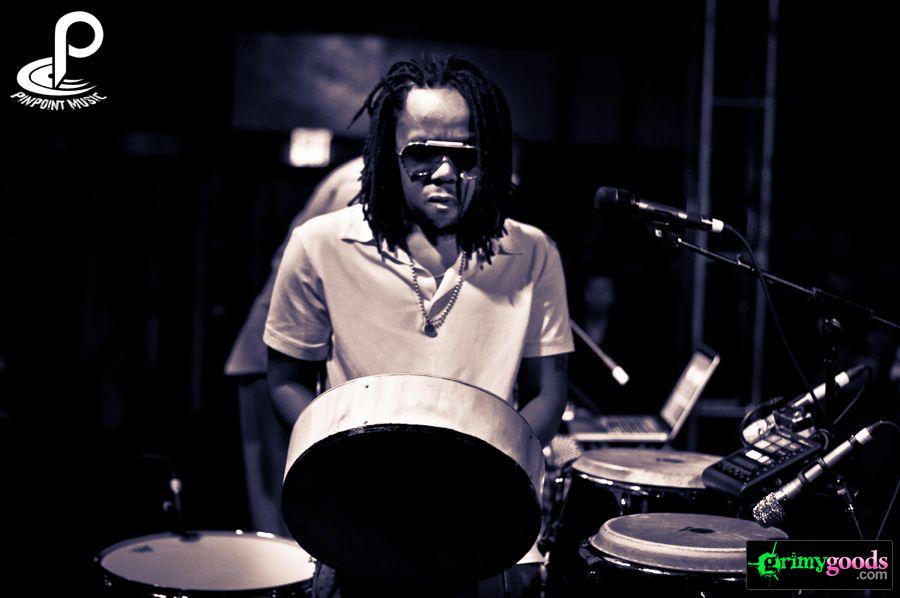 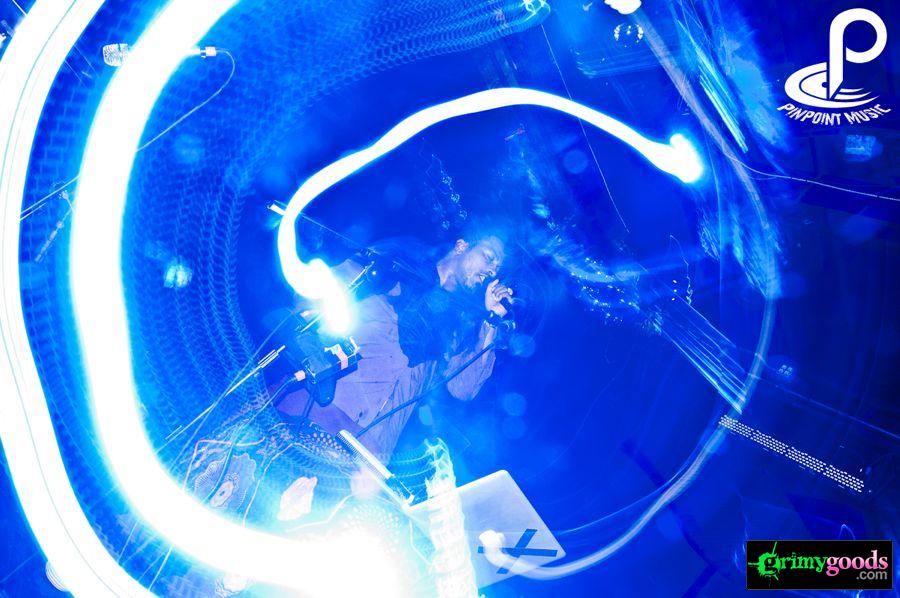 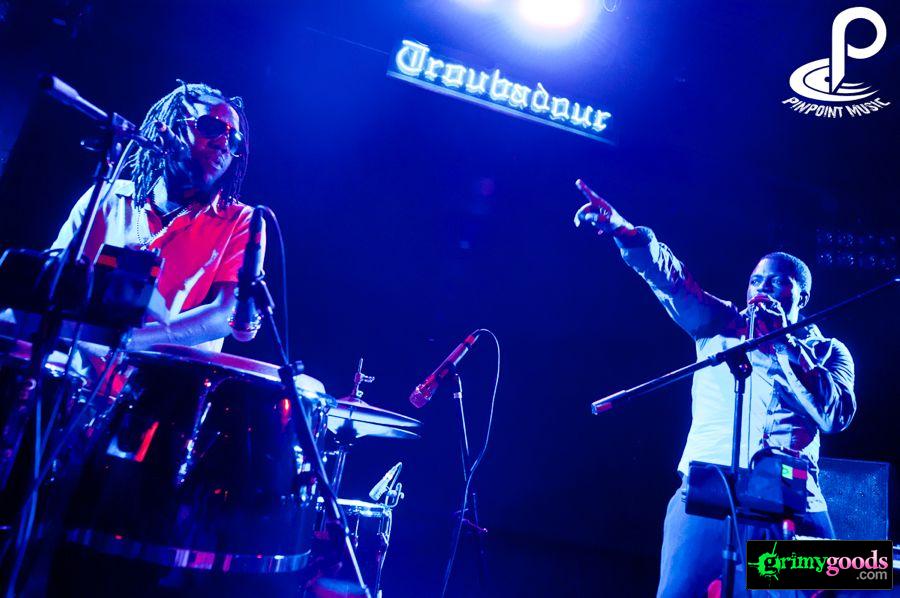