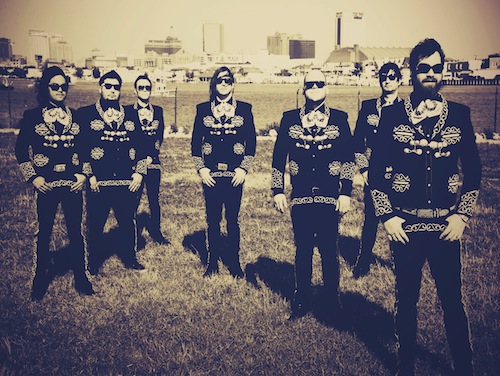 While most bands tend to fear the sophomore slump, Mariachi El Bronx have taken this dreadful trend by the balls and flung it out the window. With the release of their highly anticipated follow up, Mariachi El Bronx (II), the men have fine tuned and crafted their Mariachi skills and lyrical content to perhaps even impress the ears of the great Vicente Fernández. Their modern take on Mariachi music fused with bad boy punk tendencies won the hearts of fans with their 2009 self-titled debut, which came as a surprising project coming from these wild boys who have been pushing hardcore punk as The Bronx the past decade.

With their debut album touching on traditional Mariachi lyricism boasting tales of family life, work, love and other life experiences—MEB (II) is romantically soaked with love songs in true Bolero fashion. However, it still rides deep with variety and that edgy bad boy appeal. Through their new album we find a more polished, diverse Mariachi El Bronx where they have experimented in a broader style of the Mexican genre. With MEB’s first album exuding more of your typical Mariachi music, the kind you hear in an authentic Mexican restaurant (more polka-esque)—MEB (II) takes a more intricate stylized approach blending Norteno/Banda, Bolero, Cumbia and a few other cultural elements.

In essence, the band has created an album that is a straight up wet panty dropper. How can any girl (or man) not swoon over front-man Matt Caughthran’s adorable croon paired with a seductive array of Mariachi strings, brass and pulsating percussion? But don’t let that charming voice fool you—opening up with the dramatic “48 Roses,” Caughthran makes a plea for his insatiable hunger for numerous lovers; “So father forgive my cold shoulder, I just don’t have the time to console her.” Here Caughthran sings about the perils of wooing multiple women. While songs such as the energized “Revolution Girls” may just be this summer’s BBQ banger. It’s upbeat, flirty and a total booty shaker that will get the girls dancing. On a more toned down note, ballads such a “Fallen” twinkle with a gorgeous violin serenade while the more somber “Matador” and “Everything Dies” paint heartfelt stories but their lively arrangements keep the songs alive flowing with a masterful selection of Mariachi instrumentation.

What might have commenced as a playful sombrero-wearing “Mariachi lament” has now evolved into quite the impressive ensemble. Mariachi El Bronx have honed up to their chops with their follow up album Mariachi El Bronx (II). It’s clear the boys have been researching and practicing the serenading and story telling ways of the vihuela, jarana, trumpet and guitarrón. They have not only painted stories with their thought provoking lyrics, but their beautiful orchestrations are solid. To top it all off, they come correct with flashy charro outfits custom to their punk style. This is not just an album for today’s innovative rock and rollers—it’s a record that both the young and old can appreciate. Play it for your abuelita, I’m sure she will dig it.

Mariachi El Bronx have a ton of tour dates coming up and three L.A. show dates this week. Click here for tour dates. 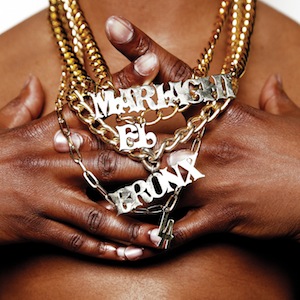