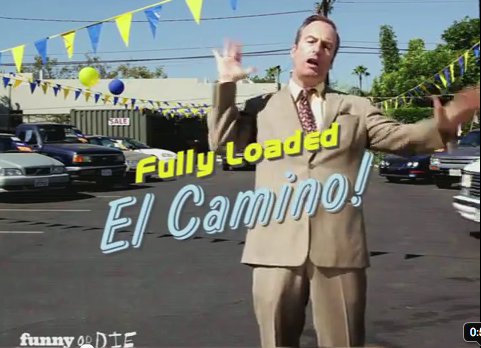 Back in July, the Black Keys announced a few details about their soon-to-be-release seventh studio album. Now the men have released the album title: El Camino. It is set for a Dec. 6 release via Nonesuch.

Aside from making some of the best music ever, the Keys have some pretty comedic personalities and sometimes let it show through their videos, promos and interviews. Check out the promo video for their new album El Camino. The video features Bob Odenkirk from “Breaking Bad” and it’s just as cheesy as the car salesman he portrays. The Keys have even gone so far to create a special Website for this silly promo which directs you to call Dan or Pat at (330) 510-1206 if you have any interest in purchasing their El Camino (we think it was their first tour van … ha).