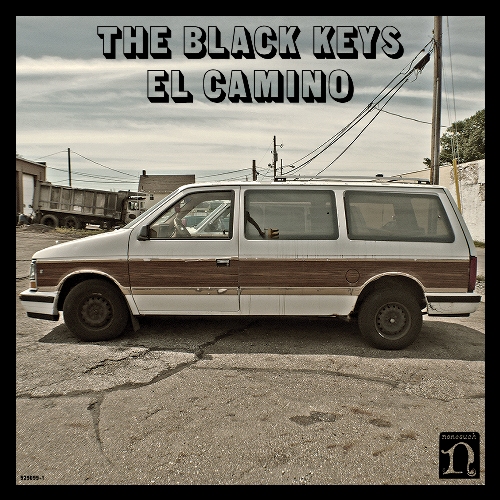 A couple days ago we posted the promo video for the Black Keys’ upcoming album, El Camino. Today we’ve received a few more interesting tidbits on their highly anticipated release such as their El Camino track listing and album cover art! This sure ain’t no fancy album cover, but definitely provides some laughs on the aesthetics alone.

Produced by Danger Mouse and the Black Keys, the 11-track album was recorded at singer/guitarist Dan Auerbach’s Easy Eye Sound studio in the band’s new hometown of Nashville during the spring of 2011. El Camino is set for a Dec. 6 release via Nonesuch. For those that are dying to hear a taste of their new tunes, the album’s first single, “Lonely Boy,” will be released on October 26.

As we mentioned back in July, the Black Keys are going back to a raw, guitar and drum-driven rock ‘n’ roll sound with little-to-no ballads or soul songs. Apparently this is going to be their fastest album yet. Dan Auerbach says of El Camino, “I think where this record is going to shine for me is playing the songs live. This record is more straight ahead rock and roll—raw, driving, and back to basics.”

You can pre-order The Black Key’s, El Camino here.