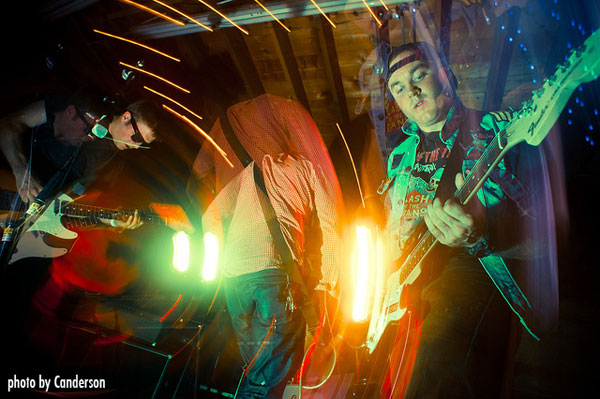 If you are a pizza delivery guy (or in a crappy kidnap comedy flick starring Jessie Eisenberg), Heavy Times new LP, Jacker is the album for you. Clocking in under 30 minutes long, you can listen to the entirety of the album in a single trip and will be so amped from the rush of their punk-meets-metal sound that you just might land yourself a fatty tip for your prompt service.

For the rest of us outside Herman Cain’s biz, we will simply throw up some devil horns, and enjoy a slice of garage punk taking us back to the time when the Ramones ruled. Jacker is 12 tracks packed with buzzing guitars, gnarly percussion and dense keep-it-in-the-garage jams. The vocals are rough, tough, sometimes unidentifiable and repetitive — just as they should be for the accompanying tunes.

The titles of the tracks paint the picture of an urban, modern cityscape. One highlight is “Future City” with a chugging guitar riff, fuzzy vocals and percussion that keeps the song driving forward with a gleeful growl. The song, “Suicide Rider” pounds ahead for a mere 1:26 with throaty wails, and banging percussion leaving you wanting more.

While the album as a whole is some fast-paced, in-your-face fun — the usual criticisms of the genre are strong here. There is a certain monotony in place, and you can’t always understand what the hell they are saying. Yet, that’s kinda the great thing. It’s an F-you to conforming to some polished prize of an album, and they don’t really seem to care that you don’t understand their heathen chants.

If Willy Shakes had it right, and “Brevity is the soul of wit,” then the punk rockers of Heavy Times are some hardcore hilarious fellows. 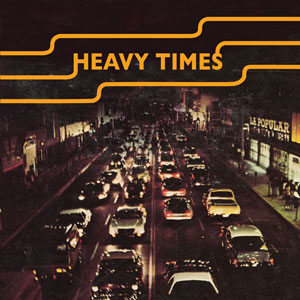