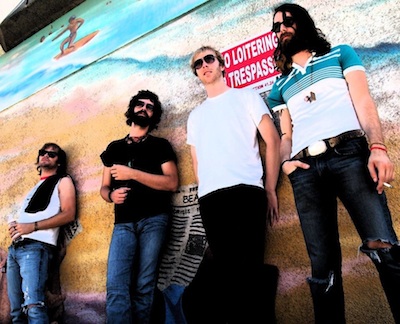 L.A.’s Muddy Reds are hard at work getting their name out there and making sure their fans know what they are up to. These guys camp their band, book their face, joined the reverb nation — frankly I wouldn’t be surprised if the dudes had a Friendster page. I applaud their efforts to communicate with all music fans, and their faith in their talents to release every single possible piece of music they have to potential fans. A lot of bands are afraid to really put themselves out there: the Muddy Reds are not.

So these guys have self-released an EP called Justle Hustle and musically, they play an old school style of Americana. Like, real old school. Not unlike the band I assimilate them to — Jet — The Muddy Reds are basically a slightly hard blues-based rock band with mostly up-tempo numbers. It’s a lot of nostalgic blues-rock tones, old school Americana-rock styles and basic rock ‘n’ roll songs for people who don’t think Jim Morrison is a bad poet. Now I’ll be honest, this is not a genre I generally listen to. I have always found white, suburban dudes playing the blues as super limiting musically (most blues songs are structurally and melodically almost exactly alike) and don’t give me the subtle, wide range of emotions of what I might get out of a older-statesman blues rockers like Junior Kimbrough or Charles Bradley. Unfortunatley, I don’t see a lot different in the Muddy Reds’ part. It’s not bad, certainly not offensive, and I would not want to malign it in any way. It’s well rehearsed — sort of pedestrian classic rock, in the likes of which I’m sure exploded out of every other bar in the valley from 1972 to 1980. Sort of like Ghost World’s “Blues Hammer” mixed with 60s-Los Angeles garage heroes, the Seeds. Throw-back, blues rock can be amazing — but it needs that definitive edge, something that sets it apart.

Their EP opener, “Plan Be” is a sort of Crossroads-type uptempo riff-rock tunes with almost a Mooney Suzuki/Nuggets-style vocal. The second track, “Waiting on Nicky” has what sounds to be a purposely lo-fi lead vocal but eventually ends up sounding like a slightly slower “Plan Be.” My favorite song on the EP, “Ashes,” has a pretty jammy verse and a more rock ‘n’ roll lead with a surprising chorus. I would like to hear a little more of this type of jam through out their songs. Again, none of the music here is bad, per se — just sort of played out.

Although this EP didn’t quite win my musical soul, it’s a good start. Hopefully, for their next release the Muddy Reds will push the boundaries of their genre a little more and really make something polished and unique that will have all the indie venues knocking at their door. One thing that is definite, is these guys have been hard at work promoting themselves via numerous social media platforms and trying to book more shows. I commend their motivation and productivity because we all know the marketing/promotional aspect can be downright time consuming and at times disheartening — but these guys are on it.

The Muddy Reds have an upcoming show this Wednesday, Dec. 21 at the Silverlake Lounge. If you’re still in town for the holidays, you should go check out their live show and let us know how it goes. 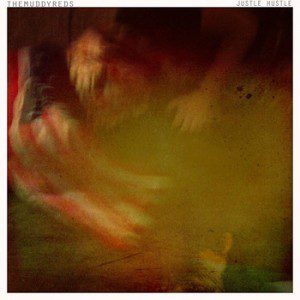