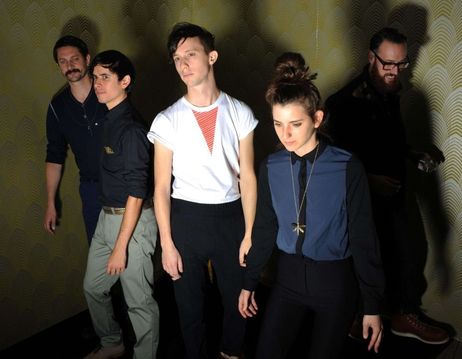 Fanfarlo are gearing up to release their highly anticipated sophomore album, Rooms Filled with Light — out Feb. 28 via Atlantic Records. The London-based ensemble really impressed the indie music scene with the release of their 2009 debut, Reservoir. The album was offered for just $1 (but don’t expect that discount deal with Rooms Filled with Light). After dropping a few track teasers and new videos, Fanfarlo teases us yet again with another tantalizing treat from their new album.

Check out the video below for their new song, “Shiny Things.” It’s a lovely ditty with a calm introduction led by the charming vocals of font-man, Simon Balthazar. With a bit of electro flair and pulsating arrangements, the song comes together into a memorable track that’s sure to get stuck in your head this many times over.