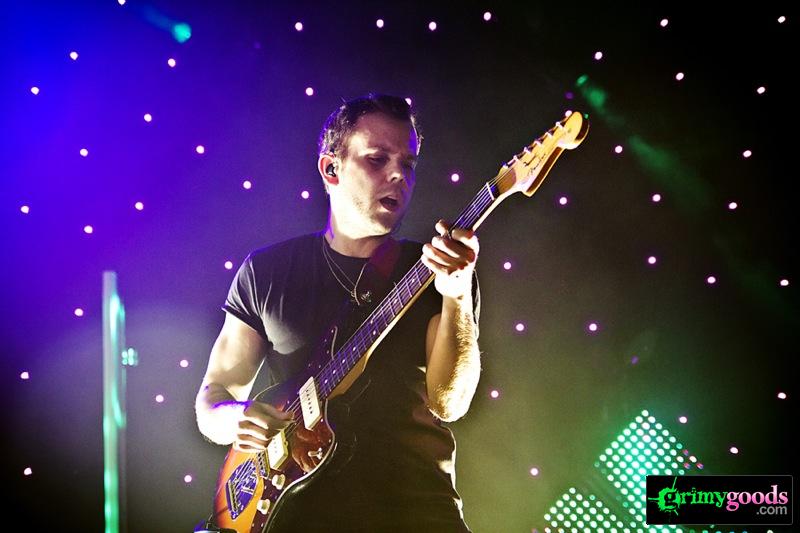 A couple of months ago, I was one of the lucky few to get into M83’s first L.A. show supporting their astounding record, Hurry Up, We’re Dreaming. The show took place at the Music Box and it was all sorts of packed with intense security levels. I was awe-struck by their performance even though it was off to a rough start with some sound difficulties. Regardless, M83 put on a magnificent performance with light shows that brought out the old 90s raver in me.

Last week I caught M83 yet again, at their Club Nokia performance. The sound at Club Nokia isn’t up to par with the Music Box’s clean soundsystem. To top it all off, M83 once again had some technical difficulties throughout their set. We were standing directly behind the soundboard and it did not sound well. I have no idea what was going on, but my ears weren’t too happy. Needless to say, M83 worked it out and gave fans a powerful set full of engaging stage presence, light shows that evoked a feeling of ecstasy and a very loud layer cake of sound.

Although my concert experience is based on their first night at Club Nokia (Jan. 12), the photos below are from their following performance (Jan. 13). Opening up with their almost six-minute, epic intro off Hurry Up, We’re Dreaming—which I’ve been told incites some serious boners on the lush intensity of the intro alone—M83 prepared fans for an epic journey through galactic sounds and extreme colors that radiate life. From pulsating, high-paced beats that made you feel as though you were rolling balls—to a more toned down, heartfelt ballad and even a psychedelic guitar fight—M83 were solid in keeping their performance interesting and touching on various styles that have made them who they are throughout the years.

Without a doubt, at least 70 percent of the fans were newbies to the aural pleasures of M83. This was evident when old favorites such as “Teen Angst” and “Kim & Jessie” kicked off the evening’s orchestrations after their hypnotizing introduction. But newbies got their vibe on once the “Oh, Oh, Ohs” of “Reunion” trickled in as the fourth song of their set. From there on it was mainly smooth, Hurry Up, We’re Dreaming-sailing, with exception to a few oldies including the amazing encore of “Skin of The Night” and “Couleurs.”

Bringing back that old techno beat, “Couleurs” closed the show with a bang and pretty much didn’t allow anyone to sleep once they got home. The drawn out song of instrumental layers and throbbing percussion was like railing a line of musical coke. It made everyone high without any sign of a crappy come-down (hence the reason why it was so difficult to wind down and fall asleep).

Although, M83 put on a pretty good show—their performance at the Music Box in November was much more enjoyable. The sound was crisp and the crowd was far less douchey. There was a keen excitement all around and people were mesmerized. Not to say that this particular Club Nokia performance sucked, because it didn’t. I just found their Music Box performance to be more intimate and personal—and overall, produced better in terms of sound and the way the entire concert experience flowed.

Oh, and we mustn’t forget the sexy opener, Big Black Delta (BBD). Apparently, the man behind BBD—vocalist/bassist, Jonathan Bates is also a prior M83 collaborator. With a very dark stage show, consisting purely of Bates gyrating across the stage as he makes love to his mic—he also has two foxy female drummers as part of the live show. Although quite appealing to the eye, I found BBD’s live act a bit lackluster in comparison to their spectacular debut album, BBDLP1—which has been on repeat in my iTunes library for quite some time now.

The dual female drummers are pretty rad and aesthetically engaging, and Bates definitely has an enticing stage presence, but I want to see some guitar love and live syths up on that stage—not just some dude dancing around. I asked a random girl in the restroom what she thought of BBD and she replied, “Well, I didn’t pay all this money just to see some guy prance around in the dark …”

Regardless, Big Black Delta put on an interesting show, although a bit boring at times. Their album however, is really good.

Check out the photos below of M83 and Big Black Delta! 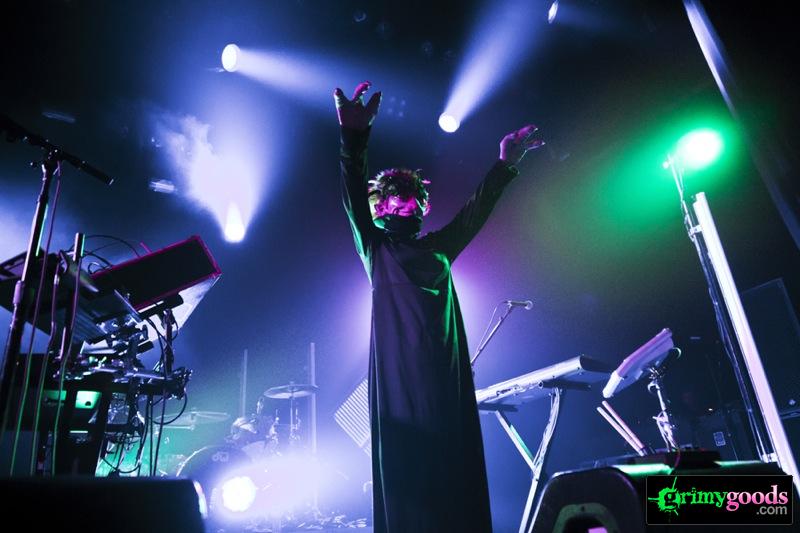 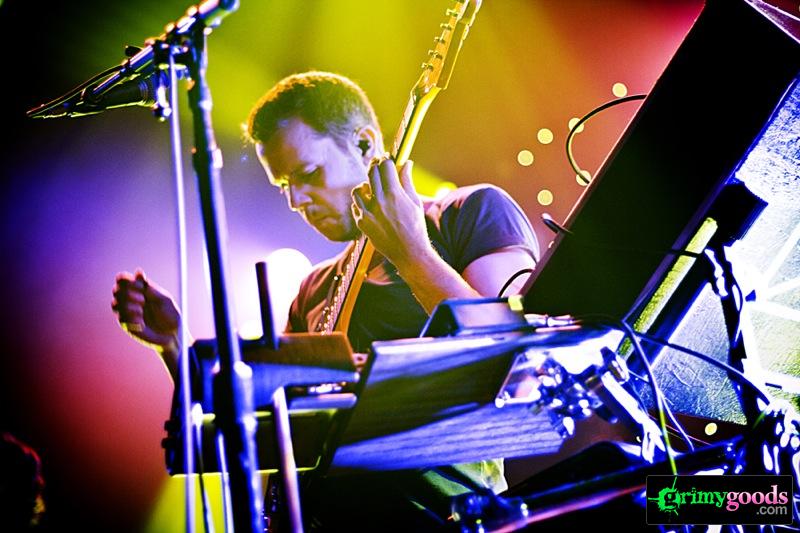 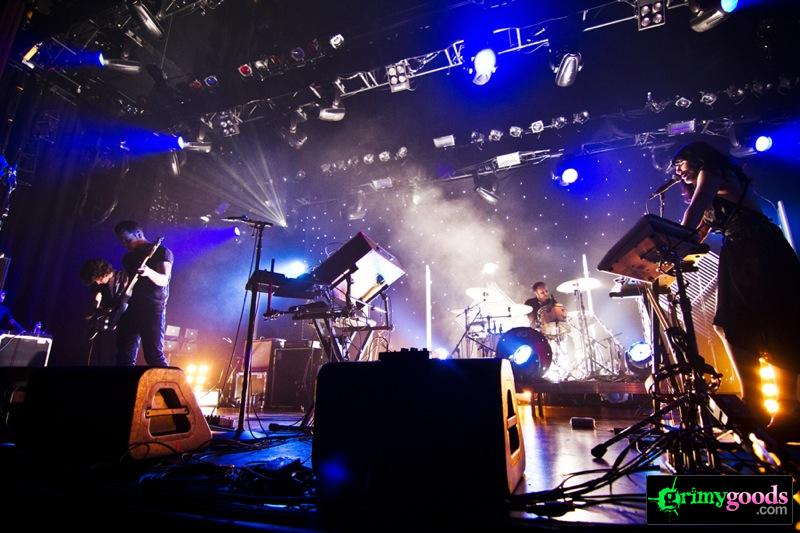 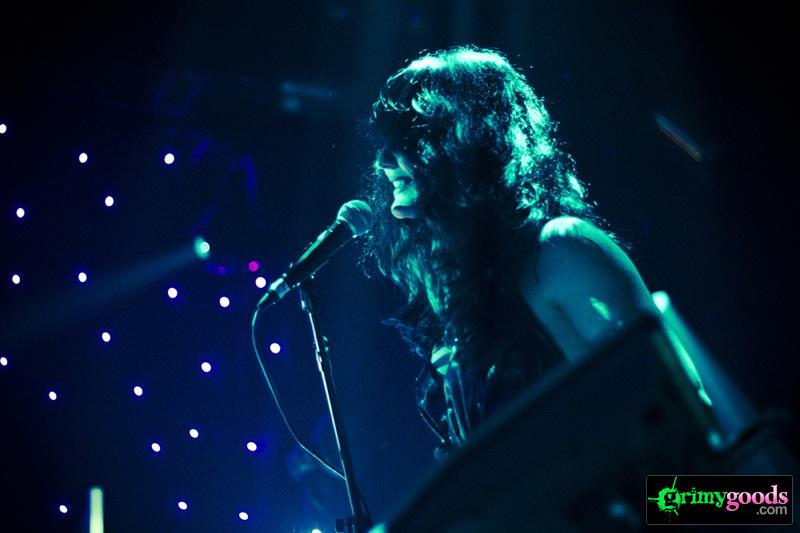 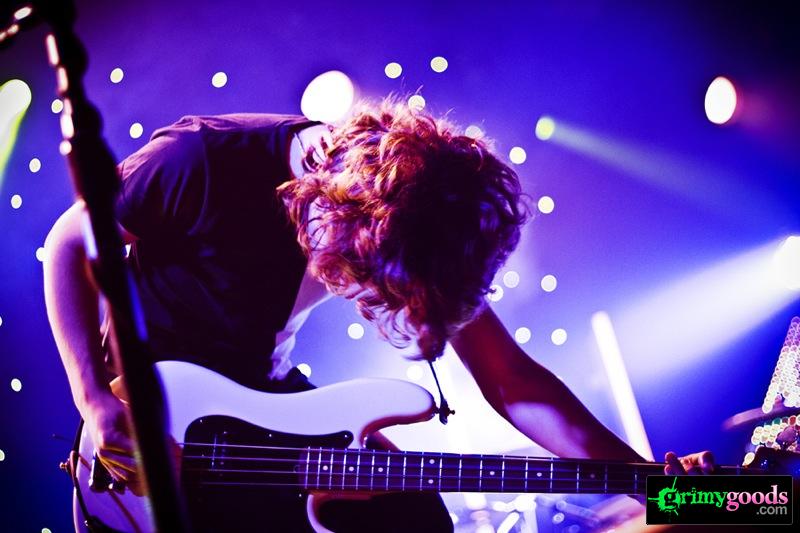 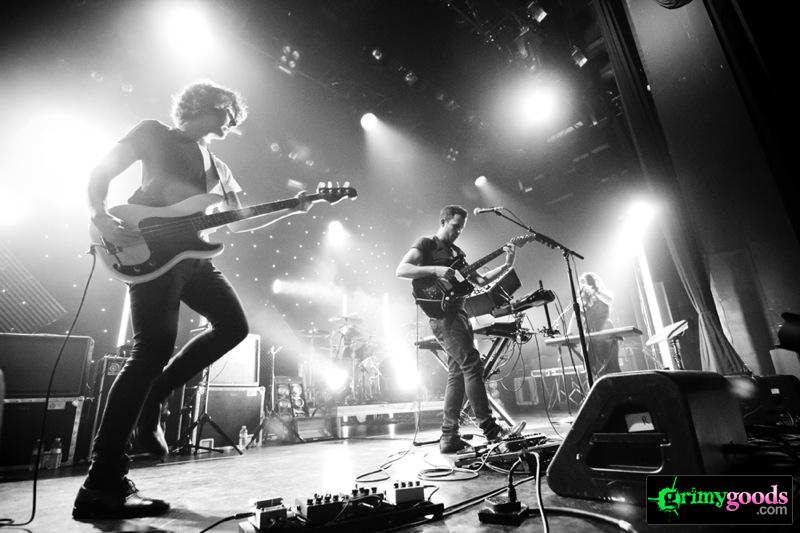 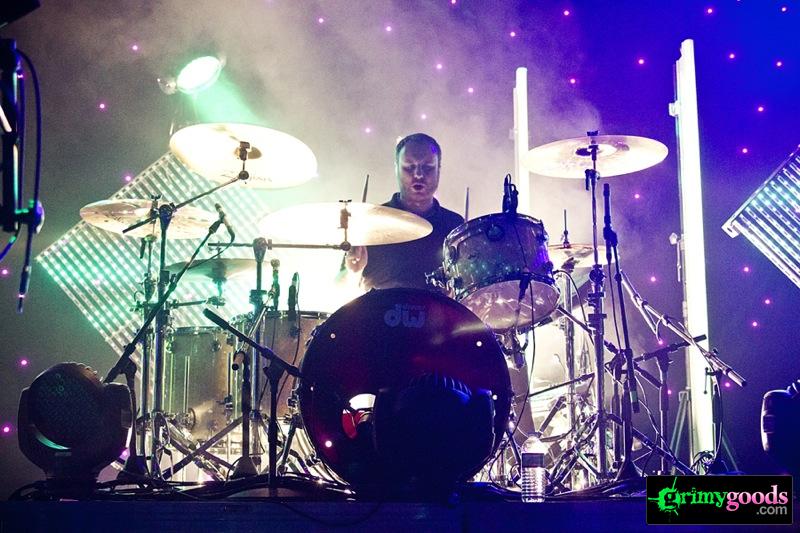 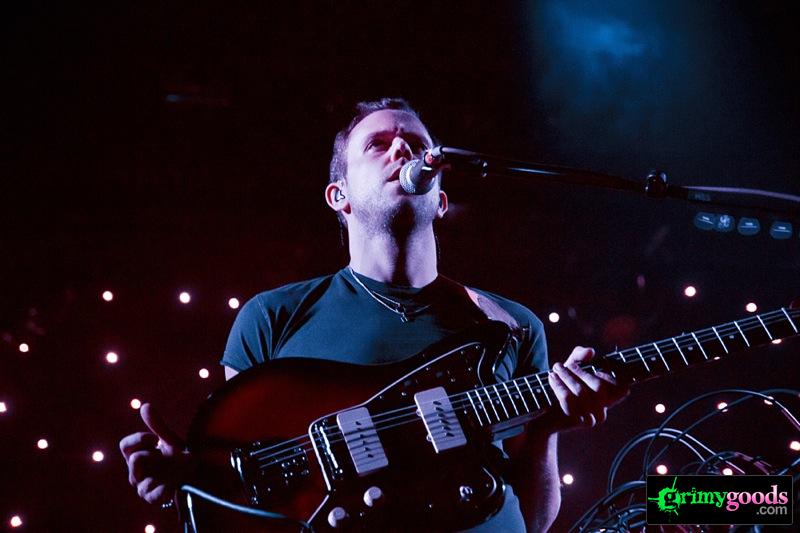 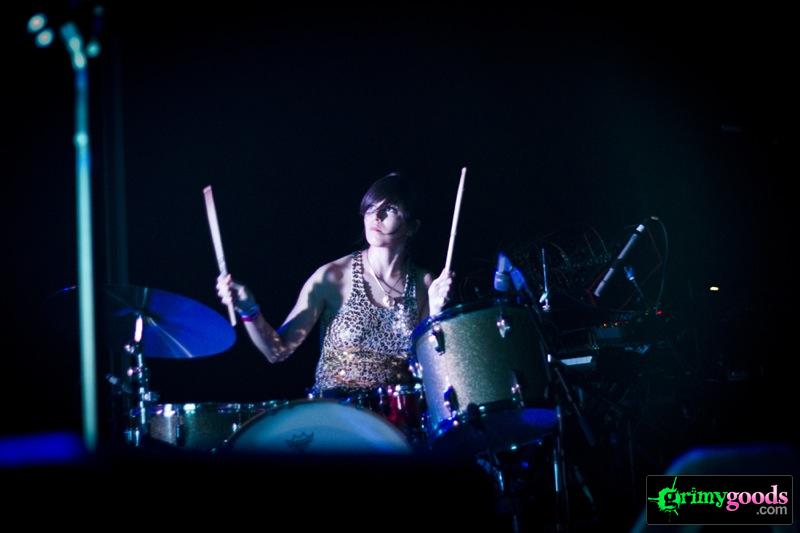 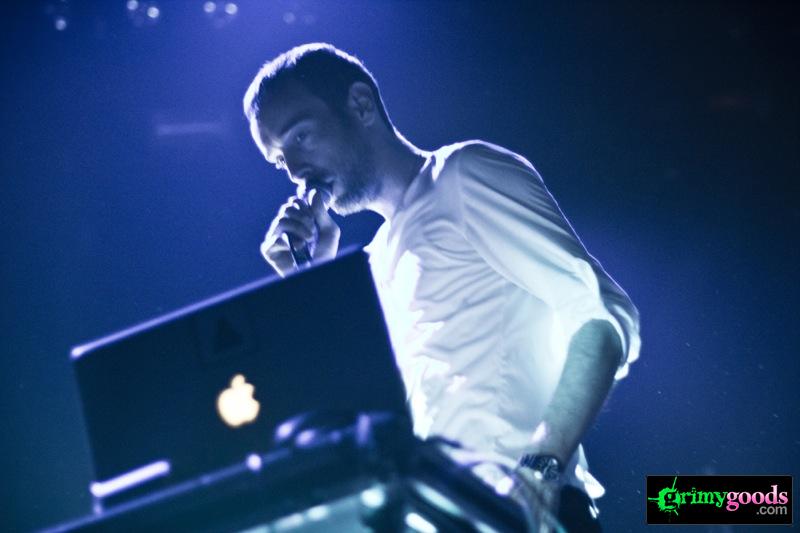 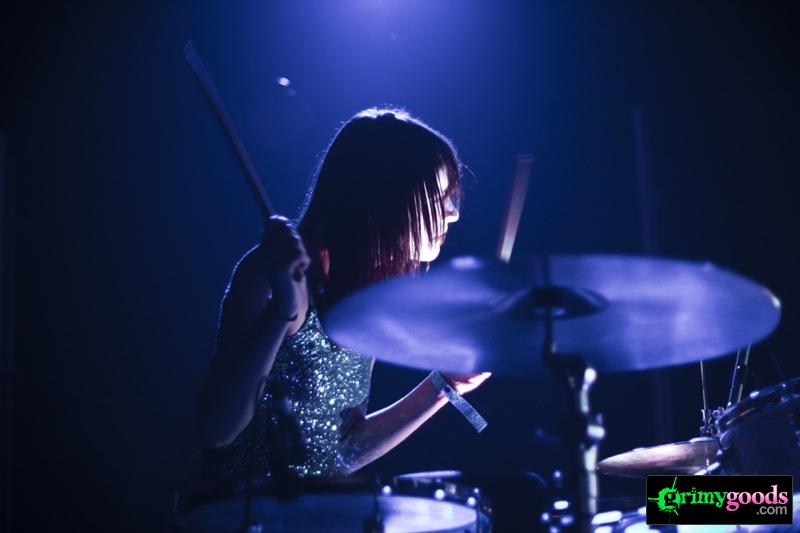 Click through the photo gallery below for more photos of M83 and Big Black Delta!