For the last few years, alt-country band, Olin and the Moon have played a January residency at The Echo. I feel that it’s safe to say this residency has become a staple in kicking off the new year in the local Los Angeles music scene, and it’s quickly becoming an annual tradition. The event draws in the local arts population as well as the country crowd that attends the Grand Ole Echo Summer Sunday series. A game of audience bingo between bands sets up a cozy small town country atmosphere. Prizes range from drink tickets, albums and guest-list spots to a show. I like that they add this little segment as it has the feel of the pie-auction scene in the movie, “Coal Miner’s Daughter.” It fits and creates a fun experience and conversation starter.

Olin and the Moon have a large catalogue of songs to pull from, making every Tuesday of their residency unique. This past Tuesday, January 17—the band kicked off their set with an upbeat song titled, “Drivin’ West.” This song radiates a crying lap steel guitar and an engaging chorus that stays on your mind for days.

On stage, the guys are comfortable and playful as singer David LaBrel exclaimed in between songs, “Give a round of applause to Marshall for wearing a Coors hat,” creating a cheers-and-beers in the air response from the crowd. This band is not your typical country band, as their sound is far from the pop country that has taken over traditional country on the airwaves. Nothing says this better than Olin’s composed sounds reminiscent of 1980s country in the song, “Terrible Town.” This song keeps the twang of old school country and loses the ridiculousness of modern pop country.

The band ended this particular set with the song “Burro Blanco.” A song that sounds like it could be the soundtrack to a scene from a badass western flick with a group of riders crossing the plains guns blazing. It ends with an epic instrumental jam and a really great way to close a set.

Click here to download a free song from Olin and the Moon. They will be performing the last night of their Echo residency today (Jan. 24). Don’t miss out on being a part of this annual tradition. Come play bingo and share your drink tickets with me … 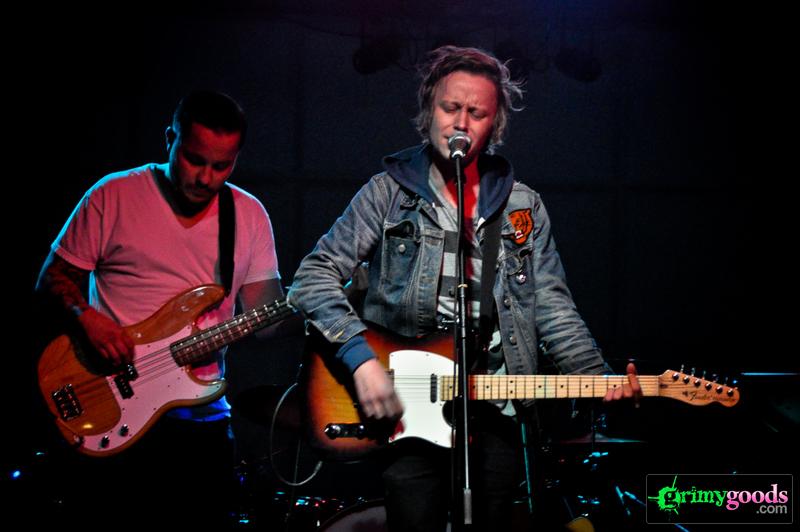