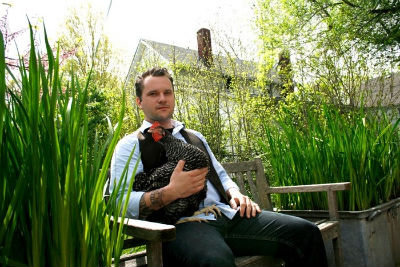 Just because it’s the front man from The Get Up Kids, doesn’t mean it’s all emo.  Matt Pryor’s second solo album May Day was just released on Tuesday, January 24, on his label Nightshoes Syndicate.  No dying cats here, just getting back to the basics with a simple, clean, nuanced effort that is both endearing and lyrically intuitive.

When I was in high school I wasn’t much of a Get Up Kids fan per se but I was a big fan of Vagrant Records label mates, Saves the Day.  Being the little rudegirl that I was and having come up from the 90s punk scene (much like the Get Up Kids did) I really hated the term emo.  To me it was used as both a broad, loose leaf term (‘emotional’ music-wtf does that mean? Every genre’s got love songs!) and a pigeonhole term, backing me into a musical corner that I got a lot of shit for liking (My ex called me ‘Emo-ly’).  Upon learning of my pending Matt Pryor album review and experiencing flashbacks to these high school days I initially responded with hesitance.  However, I quickly realized that I had to forget all that music terminology fraught with bs and just sit back, relax and enjoy the music.

Now one might be quick to jump to conclusions about Matt Pryor’s solo efforts, as I almost did, given his background, and his long song titles that infer passionate sentiments and topics.  However, this my friends, is a sound evolved, it’s Emo: The Next Generation.  There’s the fast talkin’, tambourine shakin’ “Where Do We Go From Here” which had me hooked immediately with it’s super poppy piano riff.  Bittersweet la da da’s and the spooky, subtle organ of “Like a Professional” offers deep tonal variety to the album.  Not to mention, the surge of guttural harmonica and banjo strumming in several songs gave a good chunk of the album a really folksy vibe.

Not sure if Matt Pryor was listening to a lot of Dylan and Bluegrass at the time but it sure sounds like it and in my opinion that’s a good thing.  Fueled-by-folk tracks such as “The Lies Are Keeping Me Here” and “As If I Could Fall In Love Again” bring a raw, inviting sound.  These are the kinds of songs that harbor the variety of life experiences, not just salt for the wounds of a breakup.

While a few of the tracks at the end have me skipping back to the beginning of the album, overall, it’s a noble effort and there’s a lot more here than meets the eye.  Fans will be bigger fans and non-fans just might get hooked.  To this Kansas City native, I say, carry on my not-so-wayward son!

Catch Matt live at the Troubadour on Sunday, February 5 as part of the Where’s the Band Tour with Anthony Raneri, Chris Conley, Ace Enders and Evan Weiss. 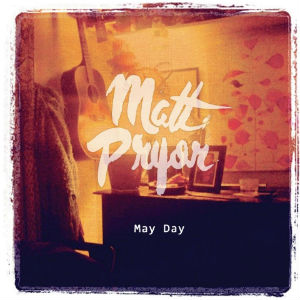