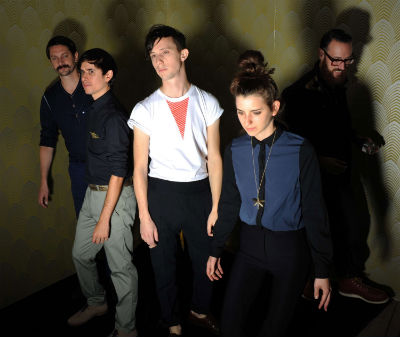 London-based Fanfarlo, recently debuted their sophomore follow-up, Rooms Filled With Light, to their 2009 breakout album Reservoir. Released on February 28, 2012 on CanvasbackMusic/Atlantic, Rooms Filled With Light is an excitable effort that has the band broadening their musical scope beyond their initial pop-folk focus. Introducing a myriad of synth sounds, samples and electric guitar—in addition to their traditional go-to of glockenspiel, trumpet, mandolins, etc. the album incorporates even greater instrumental diversity but falls a bit short of satisfying my aural sweet tooth.

The album starts off with the new-wave-esque swoon (a la light-fare David Byrne meets Zach Condon of Beirut) of Swedish singer, Simon Balthazar, his vocals begin to play tonally more than lyrically, amidst urgent yet elegant strings and percussion that trickles mysteriously in-and-out of the first track, “Replicate.” It ends abruptly but leaves the imagination wondering what will come next in this musical foray. I can tell you now, I wasn’t expecting to be immediately flung into Fanfarlo’s happy place—a world of chunky, bold bass lines, bright horns and a touch of warm female vox. And well, the beat will have you doing an arm flinging 80s dance in leg warmers and a vintage A-Ha t-shirt in no time.

Happily and shockingly, that is where I ended up with “Deconstruction.” “Tightrope” also offered some similar new wave dance fun but with a folksy pop twist, and cool whistle fade out. The male/female harmonies on “Tunguska” waver beautifully above the pressing piano, the hard slap beats, the wave crashing sound bytes, and sophisticated street corner horns—a delicate yet very real and straight-forward song. It is my favorite on the album and ends up on repeat in my head.

It’s impossible not to appreciate the instrumental diversity this album brings to the table but instead of achieving elevation to a higher ground of modernized, electrified ethereal indie folk pop,  the album leaves me with a yearning for more, as thought something is missing. Or perhaps, I’m still madly in love with the striking beauty of Reservoir …  Needless to say, the album is perfectly polished like a fancy new pair of shoes. With such a variety of instruments and sounds through out the album, each one comes into play at the right time to exude this blissful cohesive sound of harmony and happiness. Rooms Filled With Light, just straight up makes you happy.

It speaks wonders that Fanfarlo was able to seamlessly transcend from creating a delicate, folk album—to producing a high energy, electro-fused dance record that will knock your Keds off (but still has the soft ballads to keep you swooning). Instead of getting pigeon-holed into one genre and playing it safe by creating that same style of music—Fanfarlo has showed us that they have some cojones and aren’t afraid to get out of their comfort zone. And you  know what, they did a fine job of showing their diversity and growing talent with Rooms Filled With Light. The album is definitely a grower, it gets better every time you listen to it—but it isn’t Reservoir.

Fanfarlo kicked off their North American tour on March 5, with stops at Coachella on April 15 & 22. You can check out their tour date, here. 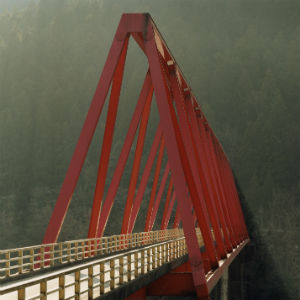