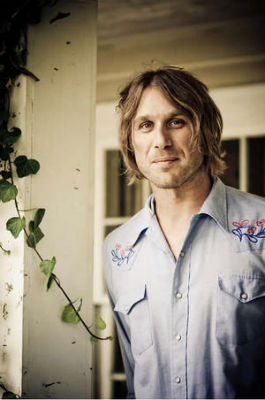 Todd Snider will be playing the El Rey Theatre on Friday, March 30.  The East Nashville based alt-country folk rocker is on tour in support of his new album Agnostic Hymns & Stoner Fables.  There’s nothing typical or nice about this Americana rocker though, he’s got some bad ass inspirational songs and musical tales to share with his crowd, so get to this show and listen up!  Bill Carter supports.

Tickets to the show are $25, doors at 8 p.m. and this show is all ages.  This is a general admission seated and standing show and seating is first come, first serve.  Thanks to our friends at Goldenvoice we have some tickets to give away!  Enter the contest below for your chance to score a pair!

You must have a Twitter or Facebook to enter the contest. First make sure you’re following Grimy Goods on Twitter here and/or “like” our Facebook page here. We’ll pick winners on Monday March 26.  The winners will be direct messaged on Twitter or contacted below their contest entry comment on the Grimy Goods Facebook page. Winners will have until 10 a.m. Tuesday March 27 to claim their win or the tickets will be forfeited. To increase your chances, enter the contest both ways!

Via Facebook: Just leave a comment on the Grimy Goods Facebook page telling us why we should hook you up with tickets!  Also, be sure to mention Todd Snider at the El Rey Theatre so we know which contest you’re entering!