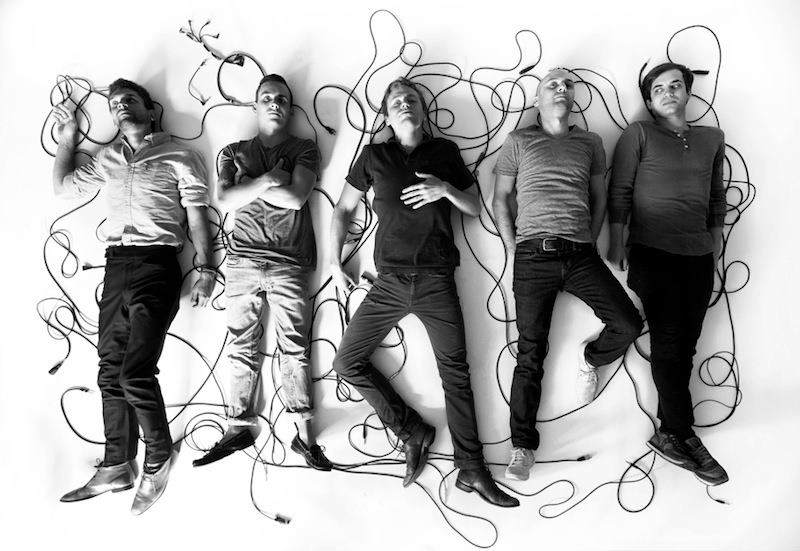 The White Rabbits are on their third studio album, Milk Famous, and now they’re ready to give Angelenos a taste of their new stuff live when they play at the El Rey Theatre on Wednesday, March 28. The Brooklyn-based band combines Midwestern roots with their eclectic musical backgrounds to produce what can only be described as insane tunes! Known for their amazing onstage energy, you’re in for one hell of a show!

Tickets to the show are $18, doors at 8 p.m. and this show is all ages.  Thanks to our friends at Goldenvoice we have some tickets to give away!  Enter the contest below for your chance to score a pair!

You must have a Twitter or Facebook to enter the contest. First make sure you’re following Grimy Goods on Twitter here and/or “like” our Facebook page here. We’ll pick winners on Tuesday, March 27.  The winners will be direct messaged on Twitter or contacted below their contest entry comment on the Grimy Goods Facebook page. Winners will have until 10 a.m. Wednesday, March 28 to claim their win or the tickets will be forfeited. To increase your chances, enter the contest both ways!

Via Facebook: Just leave a comment on the Grimy Goods Facebook page telling us why we should hook you up with tickets!  Also, be sure to mention White Rabbits at the El Rey Theatre so we know which contest you’re entering!