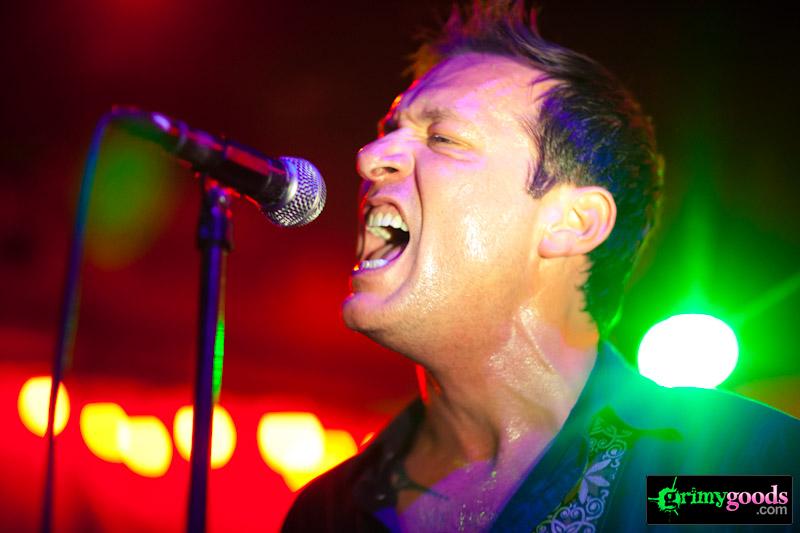 This was by far one of the best rock shows of 2012. Hot Snakes lit Alex’s Bar on fire (literally). It was a definite shred-fest as the San Diego legends played a healthy set of favorites with both drummers, Jason Kourkounis and Mario Rubalcaba—rotating sets as songs from their respective albums Automatic Midnight, Suicide Invoice and Audit in Progress were played. The boys powered through tracks as though it were the early 2000’s. Playing so hard that a small pit of shoves and fists flying through the air had formed.

Opening up with “I Hate the Kids,” a favorite amongst early Hot Snakes fans—the energy was hot right from the beginning of Hot Snakes’ performance and it never slowed down. The band went on to play a total of about 25 songs including: “Past Lives,” “10th Planet,” “LAX,” “Gar Forgets His Insulin,” “Braintrust,” and other hefty bangers. It was a definite night to remember and not just because of the amazing show Hot Snakes delivered to their fans—but, the men were on fire and Alex’s Bar almost went up in flames too! Like a vampire getting hit by a ray of light in good ole Fangtasia, Hot Snakes were thrashing so hard that their PA and sub woofers began to smoke!  Smelling like burnt rubber, Alex and his security came through to put the smoke out but those wires continued to sizzle throughout the show. You can’t cool down rock and roll that epic.

Opening up for Hot Snakes were Spider Fever and Beehive & The Barracudas. Spider Fever is the new project of drummer, Mario Rubalcaba (Hot Snakes, OFF!, Earthless, Black Heart Procession, etc.). As if the man wasn’t already a part of enough stellar rock bands, he now has another one to add to his roster. Spider Fever was an excellent appetizer to the thrash that was bout to ensue with Hot Snakes. With Spider Fever, we find Rubalcaba fronting a band for the very first time, on both vocals & lead guitar. It was pretty rad to see him own the stage instead of whaling behind his kit, for a change. Also part of Spider Fever are Dean Reis (ex-Sultans), Cody Young (Widows) and Billy Baggins (The Heartaches). Together they form like Voltron to create a hard, loud and riveting sound that you should probably wear earplugs when witnessing live. Through all the heavy and electrifying riffs and pounding drums, Spider Fever still manages to keep some songs melodic and oh-so-catchy.

Beehive & The Barracudas were a special treat. A lot of the fans were stoked to see these guys back on stage and wild out to some groovy tunes. They warmed up the crowd from a still stance to what became a swaying move-and-groove. Good times all around.

Check out the photos below of Hot Snakes, Spider Fever and Beehive & The Barracudas! 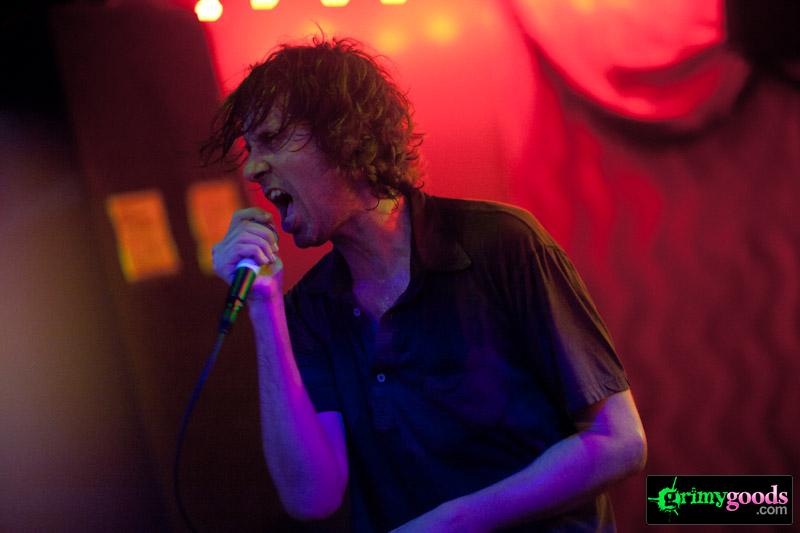 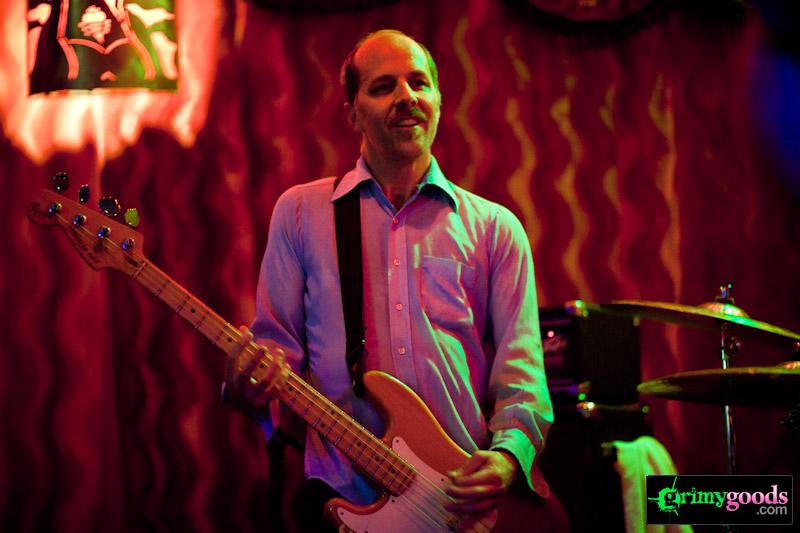 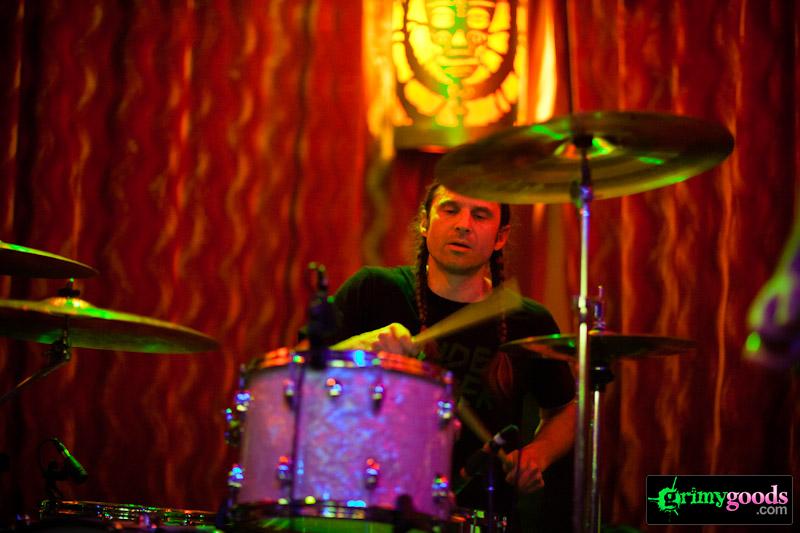 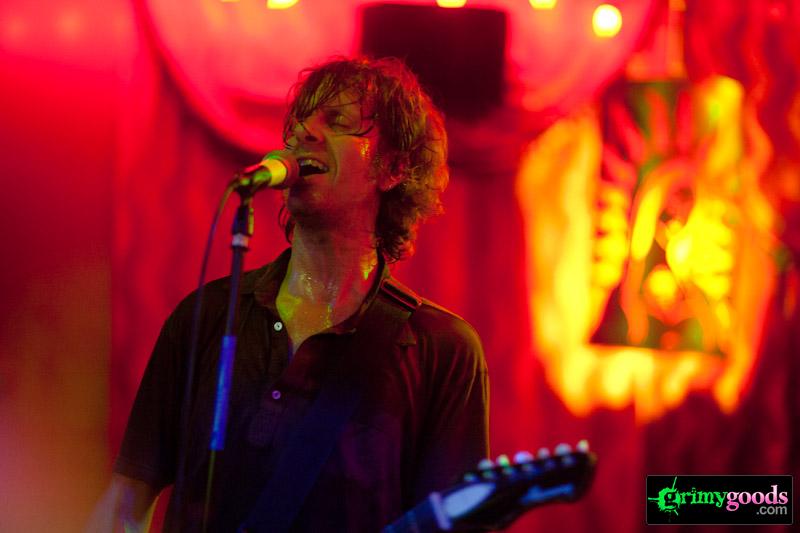 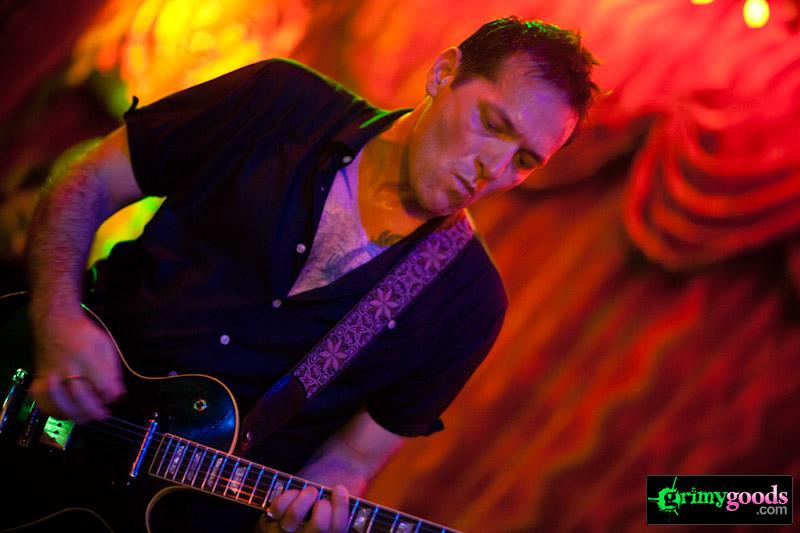 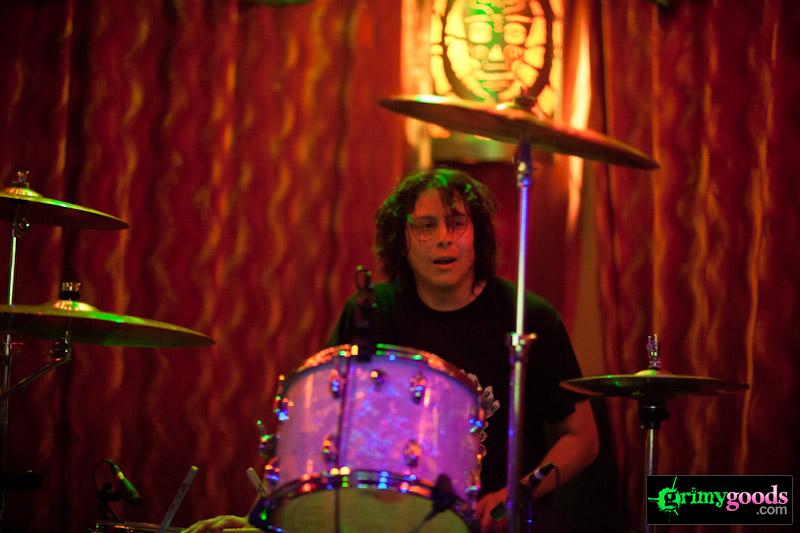 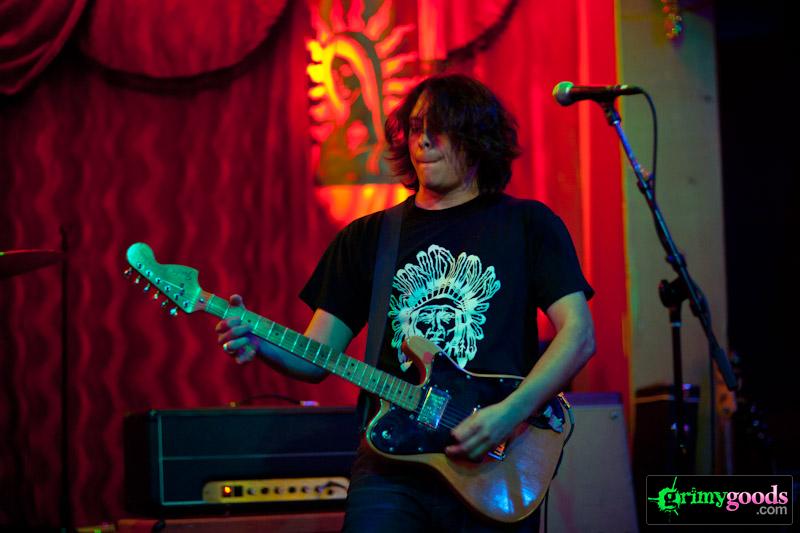 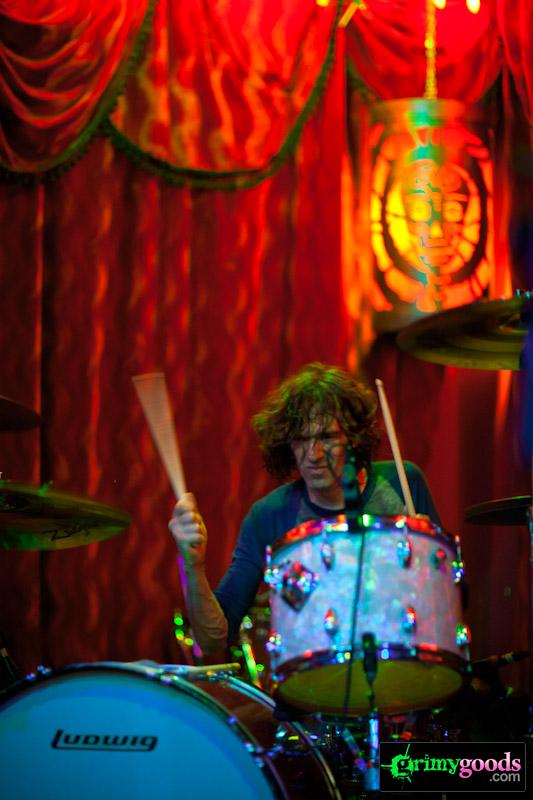 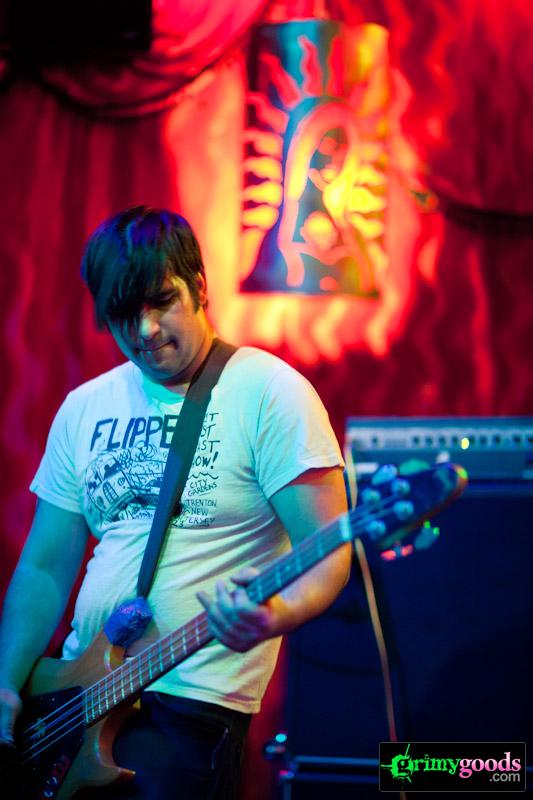 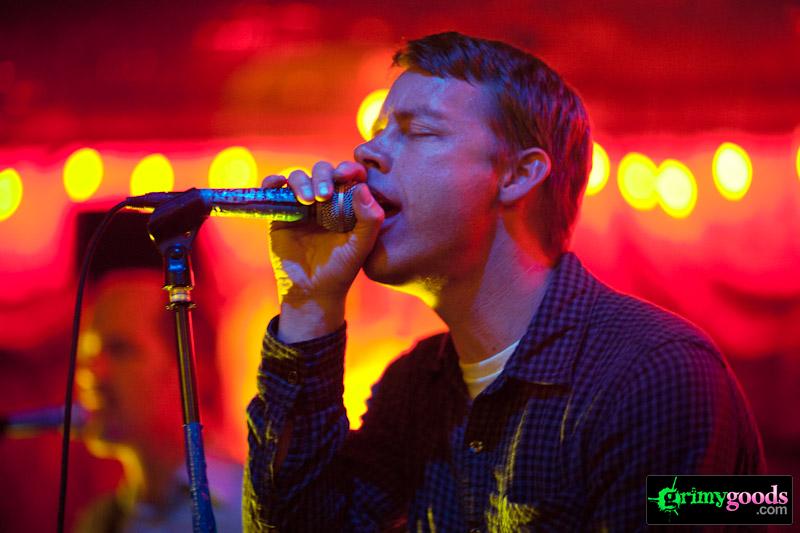 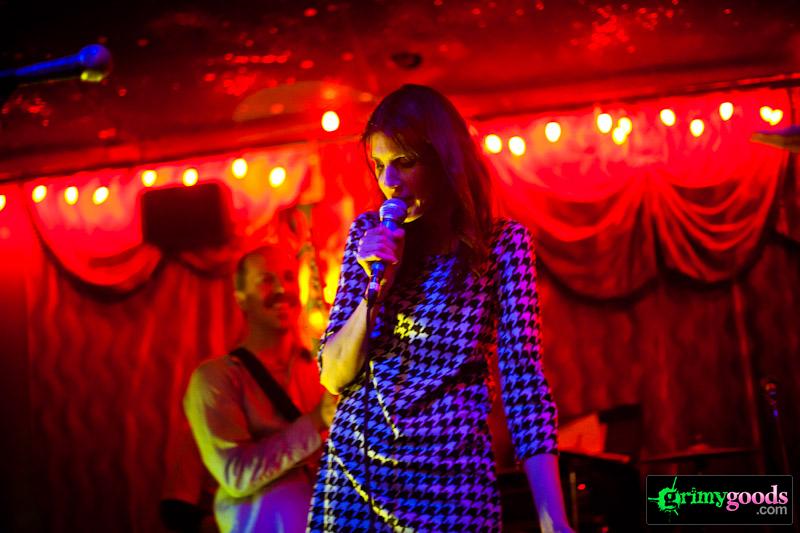 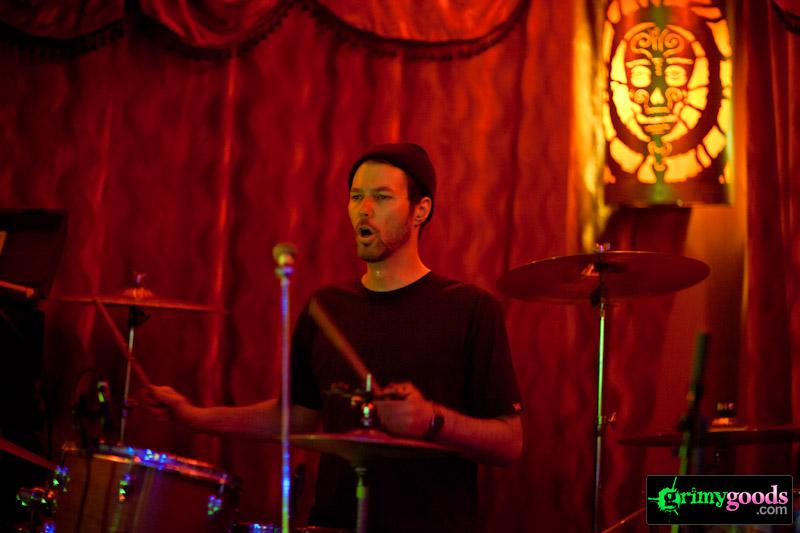