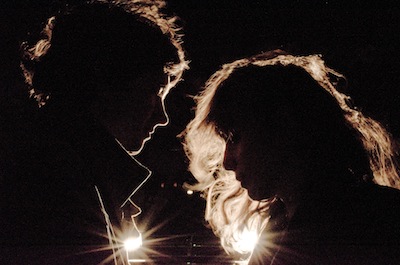 From a musician’s standpoint, it would seem that Beach House has attained the perfect career trajectory.  Acclaimed debut, Pitchfork BNM’ed sophomore effort, including high-profile mentions in Rolling Stone and Spin, and the eventual hat trick completed with 2010’s Teen Dream, a veritable masterpiece that seemed to be the accumulation of everything they’d been working toward. And it was everything; tight, concise, loose, fuzzy, warm, heartbreaking—all without coming off stilted. But, as with sports dynasties, the problem with this pattern becomes the growing expectation from fans. Given the extraordinary amount of fervor in the press for Beach House, the next logical extension of their career would be to win a Grammy or score a film and win an Oscar. However, Bloom is not the record to do that for them.

It’s a formula that seemingly can’t go wrong. Sprinkle in some understated church organs, ambiguous and heartfelt vocals and a bit of melodic slide guitar and voila, you’re ready for the cover of NME. Indeed it is a sound that by now has been done and overdone from Brooklyn to Silver Lake, but let’s not forget where it originated. While Baltimore locals Alex Scally and Victoria Legrand didn’t outright invent dream pop, they’ve certainly been at the forefront of the mass exodus to lo-fi scuzz that’s been powered by the likes of Pitchfork and prominent music blogs the last several years. That being said, it’s safe to say that if anyone had a patent to this particular niche, they would be the ones to own it.

The fourth time around we find ourselves in all too familiar territory. The saccharine charm of Legrand’s vocals feels repetitive and lethargic. In fact, the whole album is one long slog that drips into itself so cleanly that it feels sanitized. In their defense, Legrand does mention that Bloom is an album meant to be experienced as a whole. She sings, “what comes after this, momentary bliss” on the album opener “Myth,” but it feels like foreboding advice. Producer Chris Coady is back, and this time adds more synthesized effects and drum beats that have the band sounding for the first time truly like a twisted take on their name. If ever surf music and house were to cross paths it may sound something like “Wild,” a sweeping song that is complemented near the end with Scally’s signature drawn out sound but colluded with the annoying presence of an electronic drum kit. Much of Bloom features these little electronic trinkets that sound remarkably similar to a cheap Casio keyboard.  While this may be an intended effect, it really takes away from Legrand’s voice and makes it hard to concentrate on her often hauntingly beautiful lyrics.

“The Hours” is a return to form featuring the great guitar/keyboard interplay they’ve become known for.  There’s a nice driving guitar that kicks in about halfway through. As with any Beach House record, Bloom is emotional in a rainy day breakup kind of way, but it’s missing the sense of desperation so apparent in classics like “Auburn & Ivory” and “Norway.”  When Legrand sings, “made in your reflection, so that you could feel, bad in your intentions, fear it isn’t real,” we want to hear her voice crackle and strain. Instead we’re given the icy gloss of a seasoned professional. This is the case for much of the record, with the exception of the excellent “Troublemaker,” which sounds like it could be a discarded B-side from the Devotion sessions.

I hesitate to be too critical of Bloom because it is still a great standalone pop record.  It’s just not as good as their previous three efforts. Think Rocky IV, Dolph Lundgren was great, but he was no Apollo Creed or Mr. T.  This will definitely be their most polarizing work and will probably intrigue new fans but divide existing ones. I’m sure some people will genuinely love Bloom and they won’t be wrong for it, so if you’re still on the edge just give it a spin and see for yourself.  Bloom drops May 15th on Sub Pop. You can stream Bloom in all its entirety via NPR. 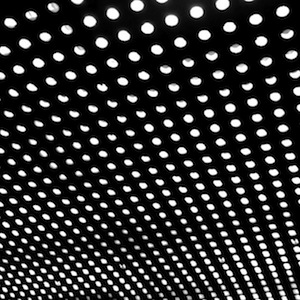