On their own, Jas Shaw and James Ford do a multitude of things within the music world. They produce, engineer, DJ and create music together as Simian Mobile Disco. The UK electro duo have been part of the EDM scene for more than five years and released their first effort, Attack Decay Sustain Release, back in 2007, which was straight electro. Their second album in 2009, Temporary Pleasure, had more of this electropop backbone to it, while their recent release, Unpatterns, is more of downtempo EDM/minimal techno album. This album might feel as thought it has less intensity than its predecessors, but where it lacks in intensity it gains in tempo harmony.

Each track is filled with electronic distortions, symphonies, tones, and every other sort of synthesized sound possible, but created in such a way that it’s never too overwhelming or monotonous. The nine-track album makes for a great listen while at work, at a dinner party and has enough BPMs to run in unison with each infectious beat.

The first song, “I Waited for You,” totally reels you in with its playful beats and Detroit-house-like vocals that echo throughout the track while the beats shimmer behind it. You’d think the repetitive vocals would get old, but they suspend your senses in a trance, as does the rest of minimal vocal tracks which carry the same characteristics just varying beats. “Cerulean” continues the melodic synth symphony before moving into the album’s lead single “Seraphim.” The euphoric track is filled with flowing echo-esque vocals that are certainly angelic while the pulsating beats burst in and out creating a wave of musical emotion. It sort of walks a fine line between lounge music and a slowed down dance floor track.

One track does stand out from the rest and that’s “A Species Out of Control,” with its bleepy blurbs and gurgle-like synths that skip and squirm, providing a moody and trippy feel to the track. The more danceable numbers that would make it into a club DJ’s mix would have to be “Your Love Ain’t Fair” and “Interference,” but the rest are better tunes to set the mood for a relaxing occasion or as background music when you need to actually think about things given its calming attributes.

Unpatterns is certainly a perfect example of the evolution of not only an artist, but of the music as a whole, demonstrating that the EDM scene isn’t some stagnant creature that’s taking over dance floors and airwaves—but this harmonic force that continues to mold itself as it redefines how EDM is categorized.

Simian Mobile Disco will be at the Avalon Hollywood on June 1st. But tickets here! 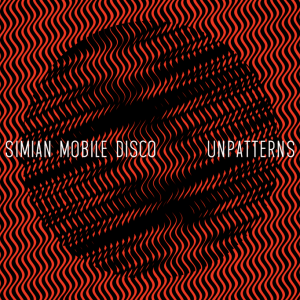