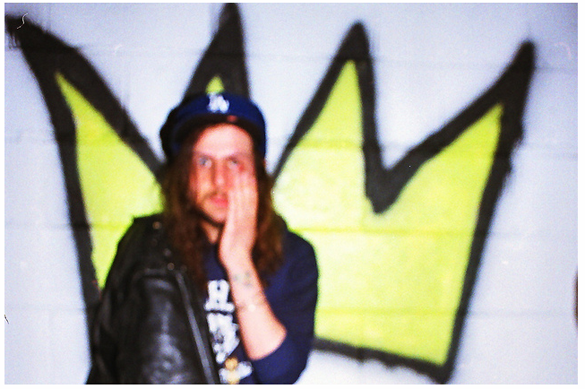 Whether you want to label it freak-out garage fuzz or some kind of miscreant pinhead-cretin-pop, it’s obvious King Tuff has unlocked the formula for plain old good time rock-n-roll.  In the words of Henry Frankenstein, it’s moving, it’s alive — it’s aliive!!

A self-proclaimed troll who calls his guitar Jazzy Jew, Kyle Thomas would fit just as easily into a Fellini movie or a David Foster Wallace short-story as he does with the Los Angeles subculture. His ever-increasing hat collection usually pays homage to cities he’s called home and it seems that the West Coast has not diluted any of his oddities since moving from Vermont.

On his eponymous second full-length, Kyle Thomas ditches much of the straight-forward power pop of 2008’s Was Dead in favor of a more balanced songwriting approach. He played drums, bass and guitar on that album — recording each instrument separately. But with the  help of producer Bobby Harlow (The Go), Tuff is able to get a bit more intimate — without sacrificing the brash spontaneity he’s become famous for.  It’s a nice touch that we don’t often experience with his other projects (Witch, Happy Birthday).

“Swamp of Love” sees Thomas invoking late period acoustic Johnny Thunders. It’s the nasal drawl of a broken heart that lends sincerity to relatively simple lyrics like “Nothing seems right so you’re up all night, singin’ to the stars above, cuz nothing could save you from the bite of that love.”  There’s a real feeling of free-spirited energy on the appropriately titled, “Baby Just Break The Rules.”  “Unusual World” and “Evergreen” are great stripped down glam, Marc Bolan in a bedroom.

But King Tuff is not all love and heartbreak. Perhaps the most remarkable thing about the album is Thomas’ vocal range. “Bad Thing” is the first single and rocks with all the glory of hard-hitting 70s power pop. Opener “Anthem” is a foot-stomping, hand-clapping romp to be blasted on a boat, with a goat, in the rain or on a train. “Keep On Movin’” has a killer bassline and all the bewitching charm of Screamin’ Jay Hawkins that will make even the most immobile square want to “do the Frankenstein”.

It’s no secret that Tuff is good friends with Seth Bogart (Hunx & His Punx) who also recently moved to L.A.  There are a lot of similarities in their singing style at times, most noticeably on “Stupid Superstar.” Tuff’s strength is that he never allows his vocals to feel repetitive.  Lack of versatility is usually the fastest way for a blogging generation of music listeners to become bored with a band and it’s refreshing to be able to play any track on King Tuff without having to skip around. Thomas writes songs that share that coveted mixture of timelessness and modernity only the greatest musicians ever achieve.

A prolific songwriter, Tuff has taken the path of an emerging scene of musicians like Ty Segall, John Dwyer and Tim Cohen who seem to have so much to say and so little time that they are churning out records like hotcakes. While this is only his second effort as King Tuff, Thomas has performed with numerous other outfits and probably has a whole stack of demos lying around as we speak.  King Tuff is out May 29th on Sub Pop.  They’re on tour now, check them out in a city near you. 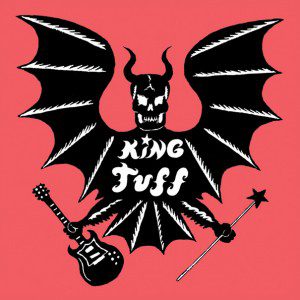