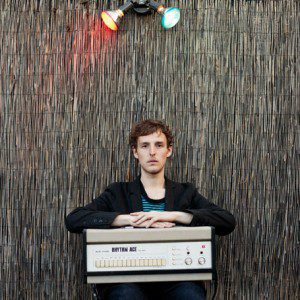 Sydney-resident/Johannesburg-born/Stone’s Throw family member, Jonti (Jonti Danimals) — quietly released Sine & Moon — a very interesting kind of release with a cool story and we’re just catching up with it (released in May). Sine & Moon was never actually intended to be a full-length record, but a little mix he made for the label’s podcast series, recorded on a four-track machine. After several demands from fans he decided to expand it to a full-on album.  This kind of thing could be a shit show but Sine & Moon is a cohesive and vibrant work that’s anything but lo-fi musical masturbation. This record is super interesting in a lot of ways. One of the biggest reasons is that though it has far-reaching influences: Animal Collective, The Beach Boys, The Beastie Boys, and Beck — it is focused as hell! Littered with electronics and harmonies, Sine & Moon defies simple categorization. Let’s call it chill-ass Stones Throw with ambition.

Sine & Moon’s entire length is 14 tracks with (nearly) the same running order as the original mixtape.  The album begins with “Saturday Night Songs,” featuring a finger picked ukulele played in a Spanish ballad-style and featuring Jonti’s quivering-style vocals. The premiere song bumps into the next track — the beat driven hip-hop number, “Red on Green” featuring Jonwayne.  It’s an up-tempo but still relaxed bumper. Additional tracks like “Nightshift in Blue (Alternate Version)” and “Confused Birds” are sweetly psychedelic dreampop, almost like Pet Sounds-era Beach Boys meets the Jetsons: soft harmonies and organ combined with “future of the past” electronics to make a new sound. It’s super creative. The ukulele in “By This Shore” has beautiful, layered backup harmonies with a wistful/hopeful lyric.

There’s a diverse sonic quality to this record however, let’s not get it twisted: although this record stylistically pushes the edge of what we know to be Jonti’s label’s style, this is the record that stands on the shoulders of its Stone’s Throw ancestors. “Flesh of Morning” combines rhythms reminiscent of 80’s R&B and subtle handclaps, making it a song that makes you want to get up and dance. Bonus track “Vendas Newly Won Dream” employs bleeps, blorps, blips and blurts over beautifully repetitive percussion and samples. Moving on, “By This Morning” finds Jonti digging into Brian Wilson’s sound experiments while “Flesh of Morning” brings the soft side of old school disco: enjoyable.

The somewhat funkier, “Lost Machines” is also retro 70s dance music but with a more modern sound then “Sugar High” asks you to pump up the volume once again. Jonti’s vocal layers and more forward guitar goes with the stomping bass line. Chillwave has gotten a bad rap these days, mostly because of unimaginative production and straight up boring releases.  I don’t know if you’d call this chillwave but if it is, it’s raising the bar of what chillwave can be.

Stone’s Throw is a growing label with expanding boundaries and exciting new sounds and the South African musician Jonti is a fine example of that. 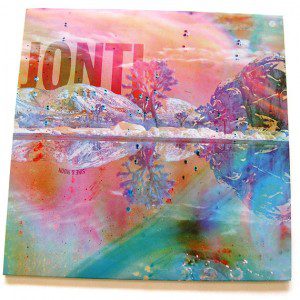