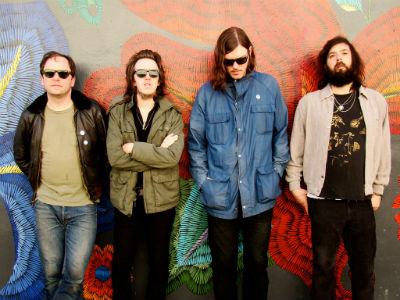 Bring on the Bay Area invasion!  San Francisco rockers The Fresh and Onlys play the Echo on Friday, September 7.  They’re kicking off their Long Slow Dance US Tour, in support of their new album of the same name, which drops September 4 via Mexican Summer.  Peep their single off the new album, “Presence of Mind” here and get psyched.  As if that wasn’t enough, Bay Area chainsaw-pop, pogo punks Terry Malts support for a riveting night of music.

You must have a Twitter or Facebook to enter the contest. First make sure you’re following Grimy Goods on Twitter here and/or “like” our Facebook page here. We’ll pick winners on Tuesday, September 4. The winners will be direct messaged on Twitter or contacted below their contest entry comment on the Grimy Goods Facebook page. Winners will have until 10 a.m. on Wednesday, September 5 to claim their win or the tickets will be forfeited. To increase your chances, enter the contest both ways!

Via Twitter: Send a Tweet to @GrimyGoods, and tell us why you should win! Mention “@Freshandonlys at @TheEchoLA” and be sure use the following hashtag: #ContestTFO.

Via Facebook: Just leave a comment on the Grimy Goods Facebook page telling us what you should win! Be sure to mention The Fresh and Onlys at the Echo so we know which contest you’re entering!