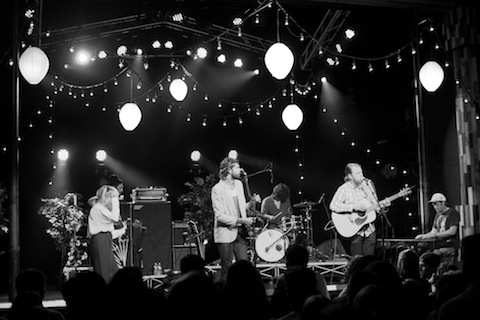 Seattle based indie folk rock group, The Head and the Heart, will be playing the Wiltern next Friday, October 5th. The band has been making what seems like a non-stop touring loop since the release of their self titled album back in 2011. Though they don’t have a new album out, the band has been cranking out new songs (got 4 new ones last time I saw them) and has honed them into masterpieces sure to be on their next release. This night will be especially amazing, as their supporting acts are Blitzen Trapper, and John Appleby. See you there!

Tickets are $25 (not including any fees), doors open at 8 p.m. and the event is all ages. Enter the contest below for a chance to win a pair of tickets, courtesy of our friends at The Wiltern.

You must have a Twitter or Facebook to enter the contest. First make sure you’re following Grimy Goods on Twitter here and/or “like” our Facebook page here. We’ll pick winners on Wed Oct 3. The winners will be direct messaged on Twitter or contacted below their contest entry comment on the Grimy Goods Facebook page. Winners will have until 10 a.m. on Oct 4  to claim their win or the tickets will be forfeited. To increase your chances, enter the contest both ways!

Via Twitter: Send a Tweet to “HEY @GrimyGoods,” and tell us why you should win! Mention “@headandtheheart at the @wiltern” and be sure use the following hashtag: #ContestHATH

Via Facebook: Just leave a comment on the Grimy Goods Facebook page telling us why you should win! Be sure to mention The Head and the Heart and The Wiltern so we know which contest you’re entering!

For more cool shows coming up at The Wiltern click here. To enter other Grimy Goods contests, click here.