Naturally, when we received word that Radiohead’s Nigel Godrich had a brand new project (Ultraísta) with Joey Waronker (Smashing Pumpkins, Elliott Smith, Beck) I was very excited. I was even more excited to learn that they recruited some fresh blood with the alluring vocals of  newbie, Laura Bettinson. Immediately, Ultraísta’s self-titled debut album was dripping with lively appeal fueled by afrobeat rhythms, tribal-esque percussion and vibrant electro beats. The production was mint and altogether a performance I was looking forward to see live.

Taking the stage at the Echoplex with a back drop of psychedelic influenced visuals and the curvaceous silhouette of the pink haired, cherub-faced, Laura Bettinson — the vibe was hot. A bit shy on the vocals, Bettinson was swiveling her hips to the beat of Waronker’s drums as she gripped onto the mic tightly. From the jump, the production was pristine with fluid beats and a sound that took you to another world. Unfortunately after three songs in, that world stood boringly still.

It might have been newbie jitters seeing that Bettinson is a fresh face with nowhere near the same amount of tour chops as Godrich and Waronker, but the girl was lacking life in her stage presence. She has a lovely voice, but there was no tone after a few tracks. While the strength in the live performance relied heavily on the musical magic of Godrigh and Waronker, fans still seemed happy to witness this new ensemble — however, the negative chatter was buzzing about.

After three songs, I moved from my front row spot to the back of the Echoplex, hoping for a more vocal boost and some positive stage presence from a wider scope. Disappointed again, Bettinson’s vocal range never changed — she stood in the same spot the entire performance latching onto the mic as though it were a brick of gold. The only other movement we got from her was when she would turn to the side to tap the pad. I hate to critique a performance not in the same manner as a very impressive and well-produced album, but the reality is in the live performance.

Ultraísta’s live compositions were straight up on point throughout the entire set. Godrich was moving and grooving behind the keys as he so fluidly switched from guitar chords and back to electronic music magic, while Waroker provided a stunning array of intense percussion that bounced around through your veins. Bettinson definiltey has the looks (she’s hot), the sexy voice and charm — however she really needs to fire up that stage presence, own the crowd before her and gift us with that infectious energy that we all crave at shows. I’m sure with some more touring she will be primo and working that stage and tone. I look forward to seeing Ultraísta again, maybe after a year (or possibly at Coachella … ) — and I hope the next time I do see them, it’s a set longer than 30-40 minutes. 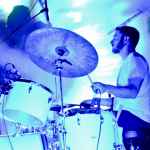 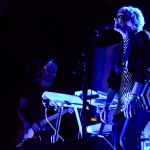 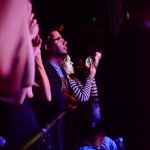 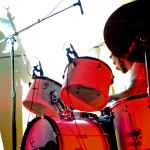 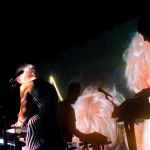 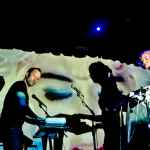 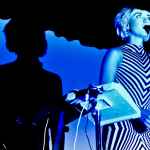 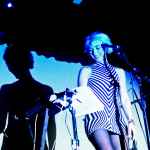 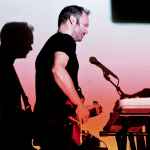 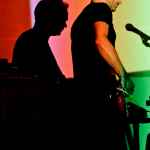 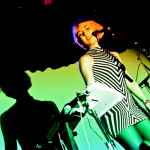 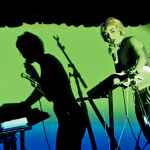 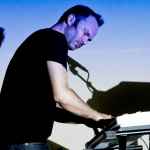 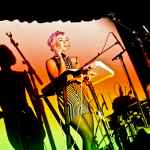 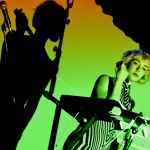 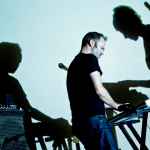