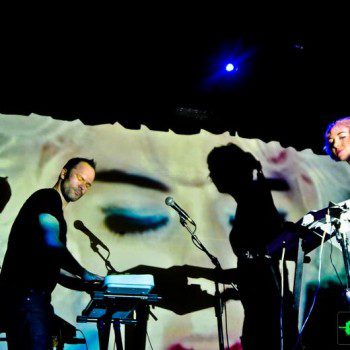 Naturally, when we received word that Radiohead’s Nigel Godrich had a brand new project (Ultraísta) with Joey Waronker (Smashing Pumpkins, Elliott Smith, Beck) I was very excited. I was even more excited to learn that they recruited some fresh blood with the alluring vocals of  newbie, Laura Bettinson. Immediately, Ultraísta’s self-titled debut album was dripping with lively appeal […]

His production in the late 90s with Radiohead swelled some golden waves of sound, which led him to work with famed musicians Paul McCartney, Travis, Beck and many more. Heralded as a super-producer, Nigel Godrich is comin’ in hot with his new three-piece ensemble called Ultraísta. Spawned from a love of afrobeat, electronica and art, […]