Like most “seen it, done it” rock fans, I have the unbearably annoying habit of looking for reasons NOT to like some new rock band before I look for reasons to like it (you, me and my therapist can discuss that later if you’d like); and you can double that when a band is treading ground that has been covered over-and-over again. So, when someone says “blues rock” to me I normally want to run for the hills, but dammit if Úbeda, Spain’s Guadalupe Plata and their new self-titled third album doesn’t bring the most authentic, punky, blues shit I’ve heard in a while.

For my money, there are plenty of Albert Collins/Fat Possum /add-your-own pre-WW-II-blues-guy records out there that if you want to me to listen to blues, you better smell like whiskey, sound like a snake-handler and look like you’re begging for spare change. As the White Stripes became one of the biggest bands in the world, bad blues bands who wouldn’t know Robert Johnson from Lightnin’ Hopkins littered America’s indie stages like a sidewalk in front of a KFC.  These bands always remind me of the incredible blind date scene in the incredible Scar Jo/Buschemi flick, Ghost World, but with their new record, Guadalupe Plata make all the right moves. The vocals are wild and crackle with warm gauze-like distortion; the playing is simple and from the gut with no fancy production or digital sheen. The sound isn’t cheap, rather properly recorded and guttural, the way real blues was meant to be.

Oh yeah, as previously mentioned, these dude’s are from Spain and it’s sung entirely in Spanish.

“Rezando” is swamp ditty with a brooding blues/psych bass-powered groove. It has a yowling-yelping vocal with a quiet but intense backbeat that simmers as if it will kick in at any minute but never does. “Rata” almost sounds like a classic L.A. Nuggets-era “rave down” that Sky Saxon would have given his eye and teeth for without even blinking. The instrumental “Funeral de John Fahey” sounds nothing like John Fahey but instead shuffles along like a Mississippi dance band. “Esclavo”’ is particularly interesting, particularly the vocals. There’s definitely an element of the Lizard King here but something even more yearning, more desperate—you can really feel a palpable anxiety that the singer (Pedro de Dios Barcelo) wants to get from wherever he is, to wherever he is going. A classic rock ‘n’ roll theme for sure, in fact, the track reminds me a bit of the first Modern Lovers record.

One last thing I also found interesting is that I couldn’t understand one word and I wonder if that actually helps. When I hear other modern day blues guys singing about deltas and being “down home” it really brings home how fake their blues sound. I have no idea what the dude is singing here and I wonder if that allows me to fall under its spell that much easier… Maybe an unfair point, but in the end, who cares, it’s cool, raw and dirty. 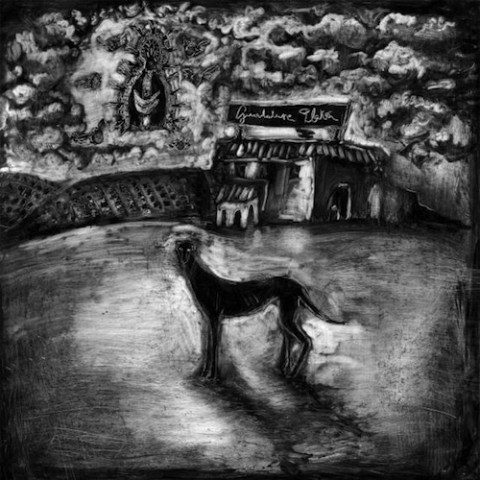