I’m not into “flash-rap,” but I am into real hip hop and 2 Chainz is all about the bling bling. We opted to check 2 Chainz just for the pure novelty of witnessing the flashy, big-ego-ed rapper live and it was rather lackluster as friends had mentioned about his weekend one Coachella performance; but we had to see it for ourselves and this is what we gathered:

Even in the 100+ degree weather, Trash Talk brought the heat and just didn’t give a fuck. We love these guys and their crazy stage antics.

Combining garage rock and soul, the Make-Up don’t fuck around. By far, the Make-Up’s set at Coachella was one of the top performances.

We can’t stop raving about these post-punk goddesses. They showed us what they were made of at their recent Echo show and they proved themselves again at Coachella.

I can appreciate the “white trash” stage theatrics for it’s comedic tone, but you won’t catch me bumpin’ Pucifer on my playlist anytime soon. It’s just not my rock ‘n’ roll cup-of-tea.

Some people say, no Peter Hook, no New Order — I say, BRAVO New Order! Bernard Sumner and his band put on an incredible show at Coachella — Hook or no Hook.

This crowd was insanely massive! So massive that I opted out of viewing Major Lazer’s set. I even arrived on-time to the guest VIP viewing area but it had already hit capacity.

Hot Chip, “I only want to be your one life stand” and by the looks of the excited girls in the crowd, so did they.

At his point during the evening, I was on my last legs and begging for a third wind. With their high energy set, Franz Ferdinand gave me that third wind to get me through the rest of Coachella day two.

EL-P should have had a bigger crowd, but I guess all the kids these days believe that 2 Chainz is real hip hop.

It’s always a damn good time to see the Descendents live as they were one of my favorite bands in high school. From young to old, the Descendents had a lively crowd before them singing along to classic tunes.

Click through the photo gallery below to view more Coachella photos, from live music and fashion — to scenery and the crazy crowds! 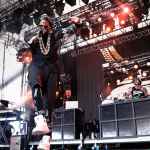 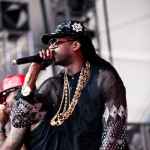 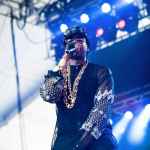 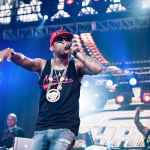 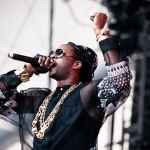 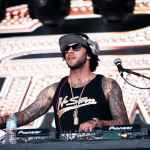 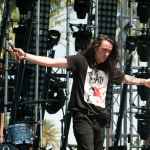 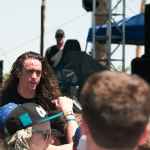 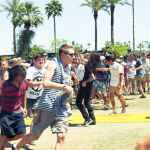 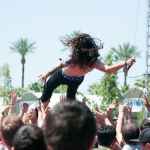 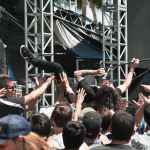 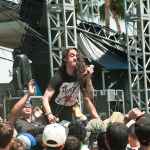 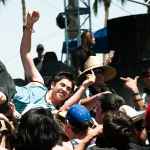 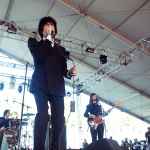 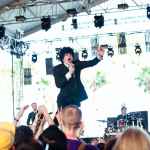 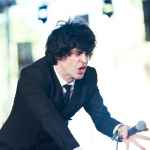 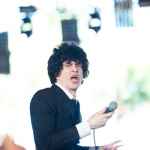 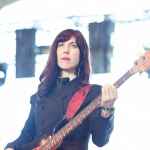 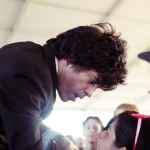