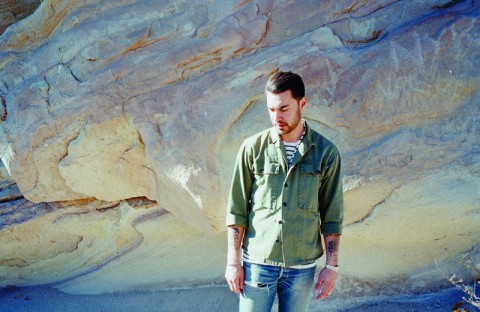 Half of the term “music business” is “business.” The business and those who work in it, have been a factor in how we listen to, and experience music since the advent of recording. It’s very easy, but very lazy to demonize the entire business of music. Brian Epstein (Beatles manager) plays as large a part as anyone in bringing their Beatles/hippie music — and the social change that came with it — to the modern world. Zeppelin manager, Peter Grant was the first to organize a single act touring across dozens of stadiums, allowing millions of people to see bands they never would have had the chance to see otherwise. But the music business has changed and is changing in ways no one could have ever predicted, both for positive and for negative — and the ways we consume and conceive music both for positive and for negative, have changed along with it. There are not many listeners who require context, backstory and cynicism in order to consume their tunes. That may be bad, it may be good — but regardless, that’s the reality. There are many listeners who now not only listen to music to enjoy it, but also try to construct an entire morality system over a band’s choice of mastering studios. What does a clean mix mean about an artist?  What does a corporate affiliation mean about an artist’s integrity?

Now, how does that factor into a record review? These questions may not be fair but they are asked. Further complicating the moral morass of art, music and commerce is that the line between music designed to sell a product, and music that is used in the process of selling a product, is now slowly being erased.   And to be fair, much of the music that influenced the music we listen to today has its origins in various teen hardcore scenes around the country; hardcore scenes that may value non-consumption over quality of music. Lots of words, lots of opinions, but bands aren’t just about music — they’re about scenes and visuals and the shared experience bands have with audiences. And similar to life, those things change over time — gaining and losing new meanings as we get older; as we spend more time with people who have different relationships to music. As we change, the prism by which we see music changes.

Soooooo, what does that say about Hanni El Khatib, his brand of soulful classic rock and his new album?  Maybe nothing, maybe more. I (and others like me) are a fan of El Khatib’s debut, 2011’s  Will the Guns Come Out. It’s mix of blues, soul, folk and garage rock in the tradition of White Stripes and very much so, the Black Keys, has some really fine moments. His new record, Head In The Dirt is also a fine record, and not unlike the Black Keys, I have one large “BUT” to express. It’s a quality, garage-y, blues record that seems like it’s not trying to hurt anybody’s feelings. And knowing El Khatib’s previous life working in marketing and advertising, it gives me the sneaking suspicion that the politeness is a construct. So, if you’re a lover of late-period Black Keys, skip this review, get this record and ENJOY IT!

Again — BUUUUUUUT, if you’re not … please don’t get me wrong, Head in the Dirt is a “good sounding” record.  It has good tone, good songs, excellent singing, etc. You must be asking, “well, dude what the hell is wrong then?”  The answer is that I get no sense of edge, danger (and don’t you want danger out of your rock ‘n’ roll?) or real anti-authority. For my money, this is a guy with a slick producer (Dan Auerbach) trying to find a rock-type music that doesn’t offend anybody, but that people who don’t do licensing for sneaker commercials will never love. Blues rock is shit our parents like, skate rock is all over ESPN commercials — this music is “the man’s” music, it’s not necessarily El Khatib’s fault. The co-option may have vey little to do with him, but it’s hard to walk by a T.V. or a billboard without this type of sound or image designed to make you buy a Coke or gluten-free product and frankly, that really takes away from the power of this dude’s rock ‘n’ roll.

“Family” is an uptempo rocker that is supposed to “kick ass” but it feels like the background music to some dude chugging a Mountain Dew.  “Skinny Little Girl” bops back-and-forth with a building verse and a more soaring, but similar chorus could easily become the background music of a Celebrex commercial; even the guitar/harmonica break, which is obviously a stab at rocking the hell, sounds like it would. Unfortunately, in this day and age it’s an artist’s responsibility to avoid playing tunes that have been co-opted by jingle-makers and El Khatib has NOT worked hard enough in that respect. This sort of reminds me of the early 80s when a bunch of 70s hard rock bands cleaned up their act to make for bigger audiences and get on FM radio by playing a cleaned up rock music that doesn’t really rock. “Nobody Move” is trying to sound threatening but I don’t get the sense this guy could ever do anything more threatening than hold hor d’oeuvres at an engagement party; and definitely the distorted vocal trick gets old when used on every song. Again, this record doesn’t sound bad — the guy can sing, play, it’s cleanly recorded, all that — but for my money, this is just going through the motions, trying to sound “rock” rather than rocking.

Does this have to do with the El Khatib’s previous incarnation as a guy selling things through music? Are the major label’s business model of creating revenue streams through licensing, forcing artists to make more palatable, less interesting rock?  That’s hard for anyone to say, but in 2013 artists need to take special care not to sound that way, and Hanni El Khatib‘s Head in the Dirt does not work hard enough to shake the jingle clichés. 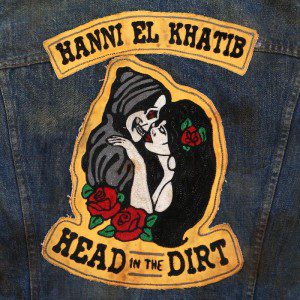