Big Black Delta put on a knock-out show this past Monday at Bardot as part of the It’s A School Night series. The place was extremely packed; so packed that at about 10:30pm the venue hit capacity and had to turn-away a very long line of late-comers. Show goers were packed to the rim and overflowing at every angle — from the balcony to the stairwell, no spot was left uncovered. Everyone wanted to get a taste of the Big Black Delta.

Celebrating the release of Big Black Delta’s self-titled debut album, the crowd danced the night away to new songs and previously heard tracks from their EP. Fans, without a doubt were seriously  getting into it. One such Amazonian female fan just about clocked me in the face with a right hook as she was joyously fist-pumping. As one Twitter fan Tweeted, “watching @grimygoods avoid getting clubbed by this begloved giantess of a girl is the belated bday gift I nvr knew I wanted…” Yeah, it was pretty funny, and needless to say, I managed to get out of the big blond behemoth’s crossfire. However, Big Black Delta drummer (Chris Hornbrook) had is own overly excited fan punching him in the back while he was performing live. He shared via his Facebook, (and I couldn’t help but laugh);

“I appreciate the excitement and enthusiasm of whomever hit me in the back three times during the beginning of “Huggin’ and Kissing,”  but for reals, don’t ever do that ever again. My shit is all sore now …”

Aside from the overly passionate fans that couldn’t hold down their Jersey Shore fist-pumps, Big Black Delta put on a fierce performance, even through the tight confides of Bardot. Leading man, Jon Bates had the crowd eating out of the palm of his hand as they adoringly watched him sing with his eyes closed, and dance with the most inviting body movements to the enamoring songs of his more than masterful creation, Big Black Delta. As soon as his single, “Side of the Road” came on to close out the set, fans were greeted with an explosive energy that left them wired and craving more Big Black Delta. Check out the Vine clip here.

Click through the photo gallery below for more photos of Big Black Delta’s record release show at Bardot. 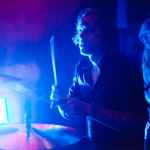 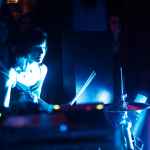 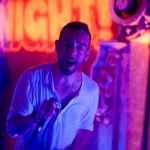 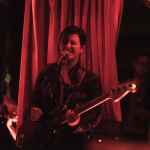 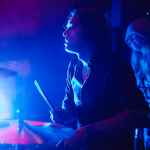 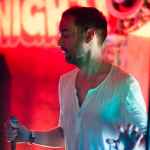 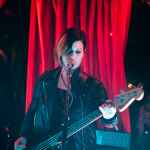 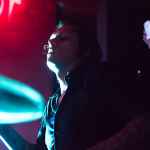 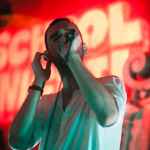 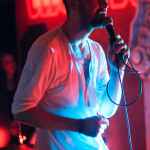 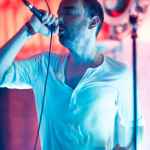 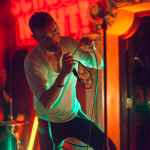 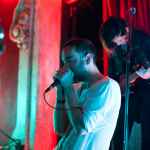