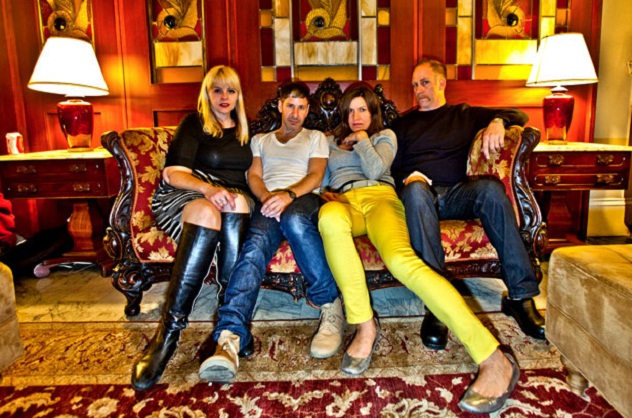 San Francisco 90’s band, Imperial Teen will be performing at The Satellite, Saturday, May 25. For more than 20 years Imperial Teen has been around making provoking songs evoking touchy subjects such as homosexuality. After five years since producing an album, the band released their fifth album, Feel the Sound, on Merge Records, last year. One of their notable characteristics for live performances is their ability to allow all members to switch roles: from drummer, to lead vocalist, to keyboardist, to bassist. Supporting the band will be Frightwig and Churches.

Tickets to the show are $15, doors open at 8:30PM, and the show is 21 and over. You can win a pair of tickets with us by entering the contest below, courtesy of The Satellite and Grimy Goods.

First make sure you’re following Grimy Goods on Twitter here and/or “like” our Facebook page here. Next, email ggcontests@gmail.com with your full name for guest list and a clever reason why you want a pair of tickets to Imperial Teen at The Satellite.  When you’re done with your email, send us a Tweet so we know you entered the contest or you can post on our Facebook wall. We’ll select a winner that has done all of the above mentioned. Winners will be announced via email, Facebook and Twitter on Thursday, May 23. Winners will have until 10am Friday, May 24 to reply back to our email and confirm their win.

FACEBOOK: Just leave a comment on our wall letting us know you entered our contest for tickets to Imperial Teen at The Satellite on May 25.