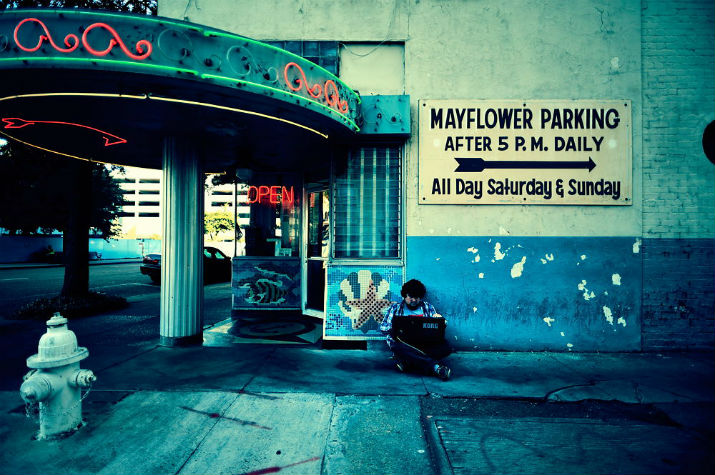 Dead Gaze aka Cole Furlow is a residing member of the Cats Purring Collective (D.I.Y. music/booking dude ranch featuring fellow artists Dent May, Bass Drum of Death, etc.), and has released tracks on various D.I.Y. labels (Group Tightener, Fire Talk, Clan Destine) since 2009. Things have finally come full circle and a compilation of the best tracks that Dead Gaze has to offer have been compiled for his 12-song, self-titled album, out now on FatCat Records.

Overall, the self described weirdo pop feels straightforward and familiar, but surprises such as found sounds, work their way into the fabric of the song structure — replacing your typical guitar feedback or abrupt endings. Heavy vocal processing and compression, is another production method that Furlow employs to change things up a bit from the norm.  Furlow says, “I think texture is something that is just as important as writing nice melodies and recording big songs.” There’s no doubt, he’s got a textural touch and the idea of production being just as an important as any instrument, is a sentiment and approach that I truly appreciate. The over-compression can seem a bit meddlesome at times, drowning out lyrics and feeling reminiscent of getting stuck listening to music through a pair of jacked up headphones. However, the emotions still come through in the music but it does leave me wondering if a little less would equate to more.

An honest balance of the musical production elements seems like it may create a more thorough, unmasked sound, but perhaps not as unique. I’m a step closer to discovering the real Dead Gaze, but feel there’s more to be heard, more to be unlocked — there is depth, but I crave more clarity — bring on album number two.

In the meantime, however, Dead Gaze is a great album to listen to when you’re chilling by a fire, under the stars in Joshua Tree and altering your mind a bit with some hallucinogenic mind enhancers. Or you can opt for just your good ole regular mind, because the sounds on this album will trip you out in surreal way without any enhancers.

This Album Would Go Well With:  Mushrooms (the drug).  Ribs (the food).  Basement shows.

“You’ll Carry On Real Nice” – Raw, buzzsaw pop-punk at its finest. Heavily processed vocals make it hard to churn out lyrics, but simultaneously gives them some body. I would guesstimate that if executed live with maximum energy this is one of those arm flailing-pogo-inducing-perfect-for-a-dive-bar-riot type songs.

“This Big World” – This song goes “pop”, both literally and figuratively. Angsty, pop vocals charged by the controlled rage of grungy guitars and crushing cymbals. It’s a 90s indie hit, but in 2013.

“I Found the Ending” – Sometimes magic can be found in the simple things in life, whether it’s tossing a frisbee, eating bbq with your friends or climbing into bed with your lover — you may already be living the dream. Watch the video (below). Chill. Appreciate. Repeat. 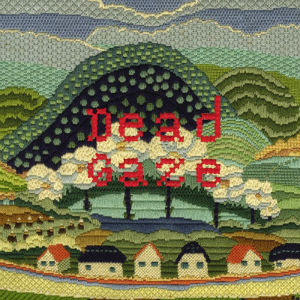