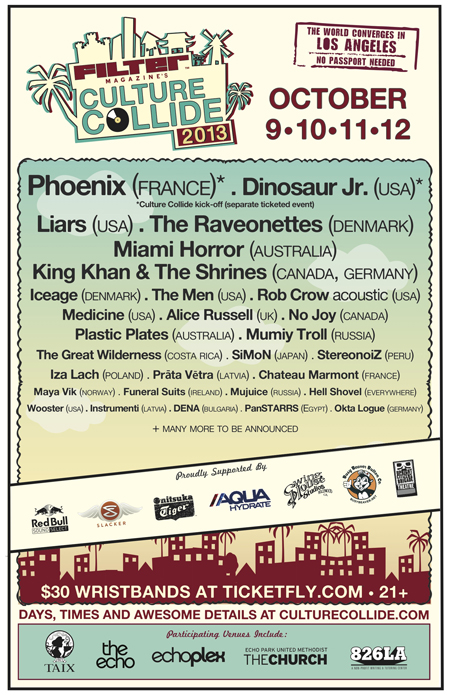 FILTER Magazine’s Culture Collide is back and their line-up is looking hot. We had announced earlier, a show at the Los Angeles Memorial Sports Arena with Phoenix and Dinosaur Jr — well guess what, the odd pairing is also headlining this year’s Culture Collide festival. It makes sense for the two completely opposite bands to headline Culture Collide because the festival is about displaying diverse talent from different lands!

Second Pre-sale:
Tickets to Culture Collide’s Official Kick off show with Phoenix, presented by Goldenvoice, at the LA Sports Arena, go on sale this Thursday, June 6, 10 AM – 10 PM
Password: BANKRUPT