Comedy and music festival extravaganza Festival Supreme at the Santa Monica Pier read like a who’s-who of today’s comedy scene, featuring performances on three different stages by Tenacious D, Triumph the Insult Comic Dog, Zach Galifinakis, Sarah Silverman, Tim & Eric, Adam Sandler, Tig Notaro, Demetri Martin, Garfunkel & Oates, Neil Hamburger, Patton Oswalt, and Eric Idle, just to name a few. To top off that comedy boner, several special guest appearances included Billy Idol, The Lonely Island, and Conan O’Brien which upped the laughs some more.  Even though the crowd was 21+ it was as though they were all kids in a candy store, wide eyed and excited with all the different sweet performances to choose from. The diverse crowd also made for some of the finest people watching I’ve done in awhile, from polka dotted clowns to the sombrero clad to the dude in the Three Keyboard Cat Moon shirt, my hat’s off to all of you.

Top highlights, for me, included Fred Armisen rockin’ out as his SNL Brit-punk alter ego Ian Rubbish along with his live band the Bizzaros. With his signature dirty blonde, tousled rocker ‘do, he spouted off in his tart British accent songs like “Maggie Thatcher” (she’s alright in his book) and “Hey Policeman!” about getting all up in the po-po’s face. Next up, Reggie Watts brought his comedic and musical A-game to a crowd of chanting fans and he didn’t disappoint. From riffs on Ichabod Crane (“Where’d he get that pumpkin’ anyway?”) and the “fog” (aka weed smoke) on the pier to double-mic switching, live looping and sharing his mad beat-boxing skills — Reggie genuinely had everyone waving their hands in the air like they DID care. A special dance performed by The Dance Cartel also made for a perfect pairing with Reggie’s soul-tastic singing and improvised jams.

Princess aka the duo of Maya Rudolph and Gretchen Leiberum brought a subtle humor with their rockin’ set of Prince cover songs, super serious sultry gazes and 80s inspired dress (madonna lace gloves and captain hats). The cameraman’s close up zooms on the guitarist’s hairy, bare chest were notably giggle-worthy.  On another end of the musical spectrum, I was surprised by how much I fell in love with The Gregory Brothers, the group best known for infamously turning Antoine Dodson’s news video into the “Bed Intruder Song” (Hide yo kids, hide yo wife!) which was a viral craze in 2010.  And yes, they totally kicked off their set with a rousing rendition of it, which certainly had me wild n’ out behind the sound booth (no shame in my game). The band, complete with red keytar and multiple vocalists, ‘songifys’ and transforms ordinary youtube videos into melodic wonders and their on stage banter was awkwardly enticing. Their finale of “Double Rainbow” (so intense!) with Jack Black joining them on vocals was nothing short of epic. It’s no wonder that the video has had over 33 million views to date.

My absolute favorite part of the night was the awesomely weird and rare opportunity to see The Mighty Boosh. The British cult favorites, Howard and Vince (aka Noel Fielding and Julian Barratt), backed by a full, costumed band, brought the laughs and things got downright nuts — Howard simultaneously scattered and played guitar, special guests Bob Fossil (Rich Fulcher) got his interpretive dance on and Naboo the Engima (Michael Fielding) rocked the pan pipes like no other. Then Noel Fielding came back out as his other famed character ‘Old Gregg’ who brandished a concoction of Baileys and the back knee sweat of Bootsy Collins in order to get the funk goin with “Love Games” and the rest is history! Overall, an amazing day at Festival Supreme, looking forward to seeing how they top it next year! 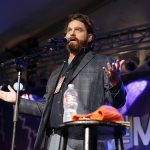 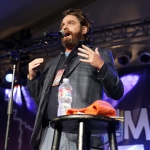 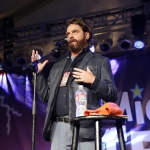 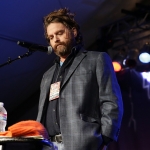 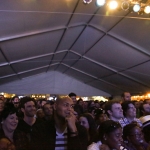 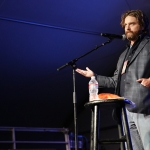 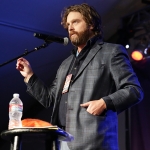 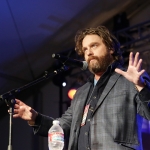 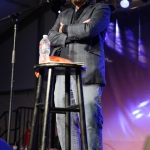 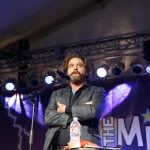 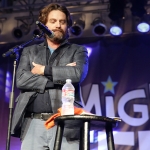 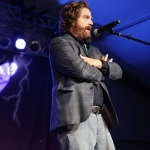 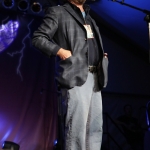 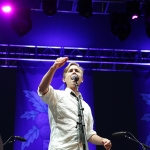 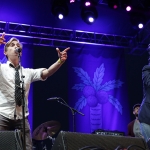 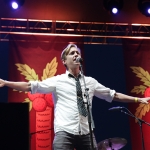 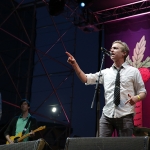 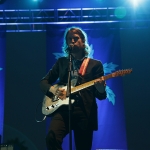 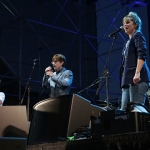 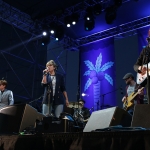 One thought on “Photos & Review of Festival Supreme at Santa Monica Pier!”