In Los Angeles we might have trouble tolerating weather below 50 degrees, but if Dam-Funk and Snoop Dogg are putting on an epic performance together, you best believe we’ll be in line for more than a half block, along with 300 other people shivering while waiting to enter a venue already hitting capacity.

This past Tuesday at the Exchange L.A., things got real fun and sloppy, real quick at the 7 Days of Funk record release party. The hip new collaboration between Dam-Funk and Snoopzilla (aka Snoop Dogg) had been heavily anticipated. The entire show, from start-to-finish featured performances from music legends that have influenced the style and taste of many artists. Peanut Butter Wolf, founder of Stones Throw Records, masterfully guided the night behind the turntables, catering to the crowd’s taste. Major props to  him and co-host, the lovely Novena Carmel for orchestrating the evening. Steve Arrington, Egyptian Lover and Bootsy Collins were on point, keeping the crowd hyped and the funk vibes flowing nice and thick.

Standing in the middle of an uncomfortable and over-packed audience did not matter to those who witnessed the greatness that was happening on stage. An uproar was felt when Dam-Funk hit the stage. As an extra treat, Flea from the Red Hot Chili Peppers jumped in with a brief performance blending his guitar skills with the Funk! Finally, the moment we had all been waiting for came to fruition: Snopzilla hit the turn tables along with Dam-Funk! These amazing guys sure know how to throw down a party. Fans were going nuts when their sexy jam  “Faden Away”  hit the stage live! Even though we were packed in like cattle, even with the many technical difficulties, even with just about all the performers wasted and confused (Flea was playing the bass with no sound, Snoop was spinning the wheels of steel with no headphones and yelling out some random shit about “the funk”) — this shit-show was a beautiful mess! It was ridiculous and amazing all at the same moment, and a night that fans will never forget. 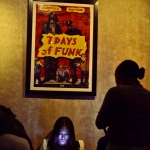 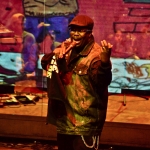 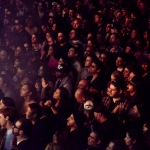 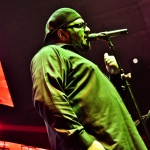 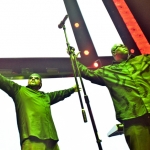 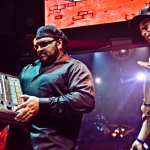 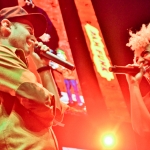 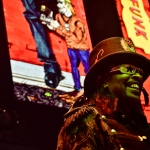 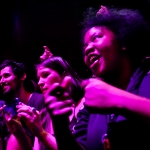 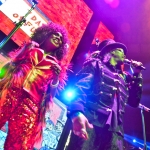 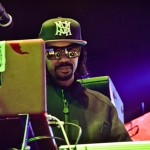 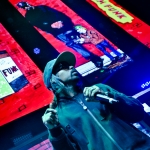 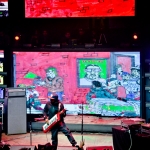 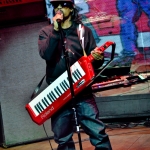 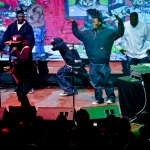 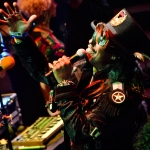 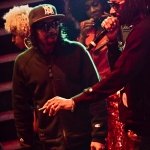 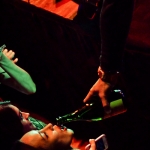 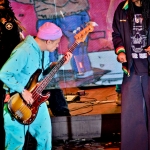 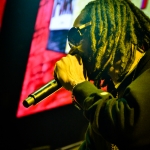 One thought on “It Got Super Sloppy at the 7 Days of Funk Record Release Party with Dam-Funk & Snoopzilla!”