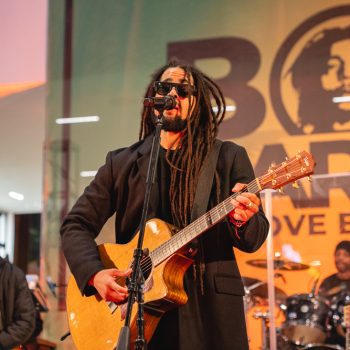 The Bob Marley One Love Experience has come to Los Angeles immersing Ovation Hollywood into an irie atmosphere. This is the first time that the multi-sensory exhibit comes to the United States after successful extended runs in London and Toronto. If you’re a Bob Marley fan, if reggae music makes you feel good, if music […] 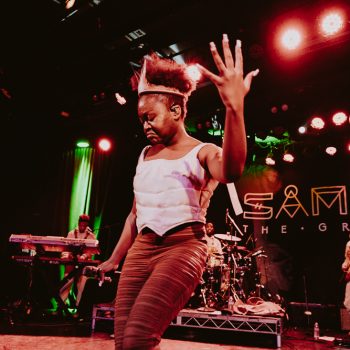 Sampa Tembo, better known as Sampa The Great is a Zambian artist based in Australia with plenty of world experience. Bringing her wide influences and undeniable fierceness to The Roxy in West Hollywood, Sampa The Great kept loving fans excited the entire performance. This rapper, songwriter has released multiple albums throughout her career including partnerships […] 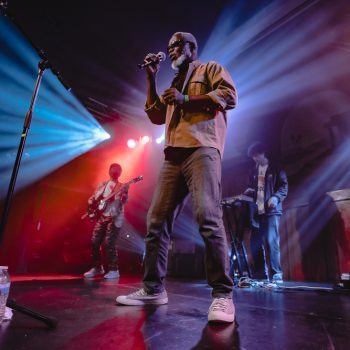 Ghanaian singer / rapper, Ata Kak performed in Los Angeles for the first time ever at there Lodge Room in Highland Park. The night was strongly anticipated and sold-out before the date of the show. People waited outside hoping to find tickets, however, the space was full of fans and music-curiousos since before doors. Ata […] 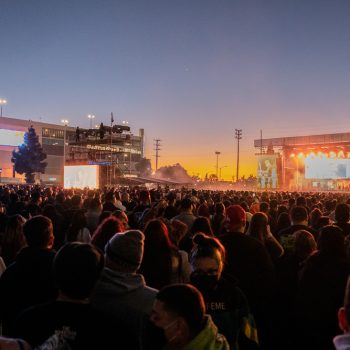 Once Upon a Time in LA took place at Banc of California and Exposition Park Saturday, Dec 18.  The festival featured an epic lineup of hip hop, soul, and funk — both modern and legendary throwback style. While Once Upon A Time in LA was proving to be a great time, sadly, the festival ended with a […] 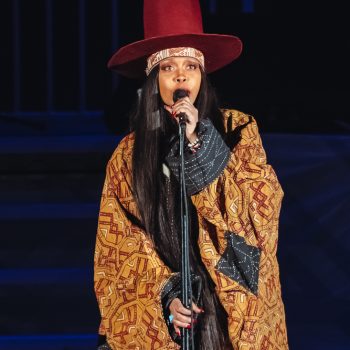 Currently on her nationwide tour “Live from Badubotron” Erykah Badu took over the Hollywood Bowl last night. Like a storm, hitting the stage full of creative energy — Badu kicked off the show with live beat-making and a lengthy “hello” to the crowd. An early pioneer of the neo-soul movement, with a unique boho style […] 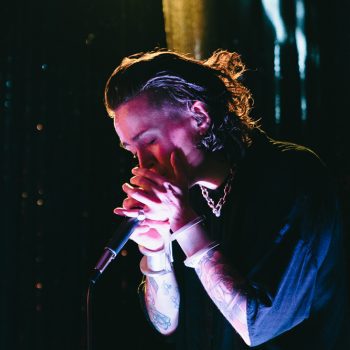 Photos: Torii Wolf at Resident — delivering a radiant set that aroused the senses

Los Angeles based Torii Wolf has a unique graceful style to awaken emotions. The non-binary LGBTQ artist executed a strong and intimate performance at Resident DTLA last night. With drummer, The Keep Running and Torii Wolf’s brother Louy Fierce (who they often collaborate with), Torii performed their latest releases including “Rival,” to a very loving […] 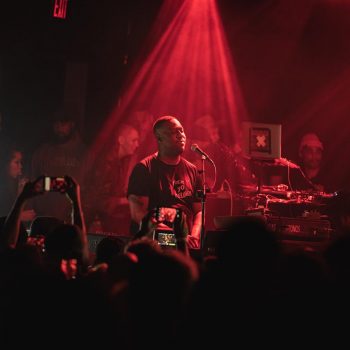 It’s GRAMMY weekend in L.A. which means, wonderfully curated events full of talent currently in town. The very expected, Seventh Annual Robert Glasper’s GRAMMY Jam hosted by UPROXX at Teragram Ballroom was a reunion of brilliant musicians. The talented jazz pianist gathered a roster of friends bringing to the stage the energy of the sounds […] 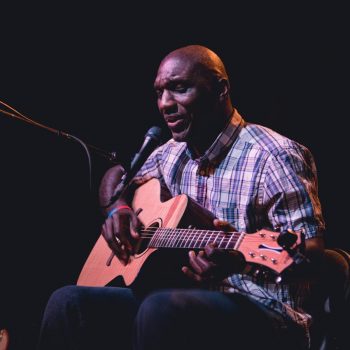 Cedric Burnside | Photo Farah Sosa The blues are alive and well in 2020, thanks to musicians with a heritage of tradition like Mississippi’s Cedric Burnside. The Echo was packed Tuesday night and you could hear the crowd commenting about Burnside’s Grammy nominations and masterful style. He is pure musical craftsmanship at its finest. Born […] 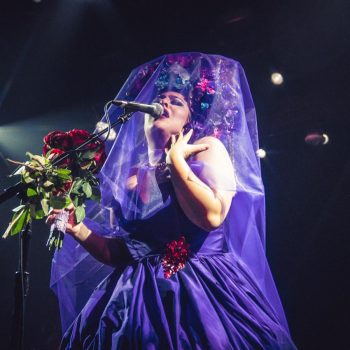 When a show leaves you wondering if a wedding, an orgasm and pain happened on stage, the artist is really up to something memorable. This was the case of San Cha‘s recent album release at the Echoplex, Los Angeles. Her new album, titled in Spanish, ‘La Luz de La Esperanza’ translates to “The Light of […] 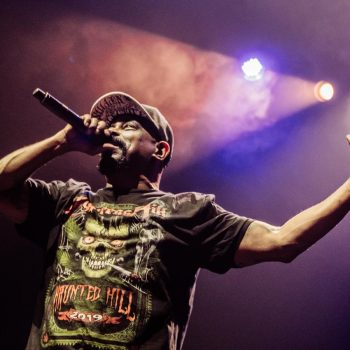 Cypress Hill spark up more than just classics at The Novo

Tis the season for Cypress Hill’s annual Haunted Hill Tour! And in Los Angeles, The Novo was the stage for a high dosage of these L.A. legends. Earlier this year, Cypress Hill became the first Latin hip hop group to receive a star on the Hollywood Walk of Fame. It was about time to check […] 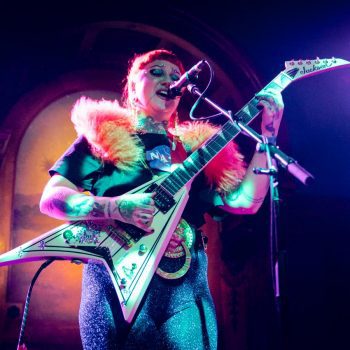 Australian singer-songwriter Naomi “Nai Palm” Saalfield, lead singer of the future-soul band Hiatus Kaiyote has her own solo project “Needle Paw” and brought it to The Lodge Room in Highland Park. Equipped with a Jackson electronic guitar, background vocalists and her fabulous persona — Nai Palm brilliantly enamored the audience with her unique energy and […] 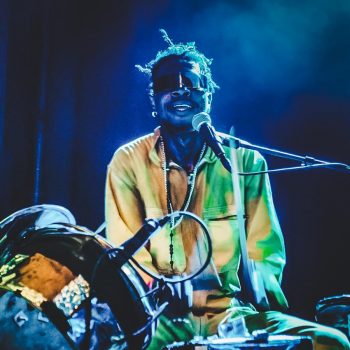 KOKOKO! fill The Echo with their succulent Congolese rhythms and eco-beats

The Congolese band KOKOKO! has been making the rounds lately. This time, they landed at The Echo early in the week. The intensity of their performance was not for your regular Tuesday night as their uplifting energy left no time for standing on the dance floor. The rumor in the audience was that they made […] 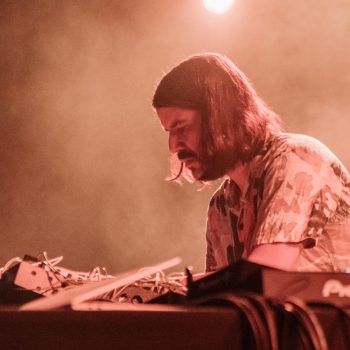 Will Holland, better known as Quantic, is a prolific English producer and DJ. When his live show at the Lodge Room in Highland Park was announced, it was not surprising that it quickly sold-out. You never know what to expect at a “live” Quantic performance. It could be an amazing live band formed by the […] 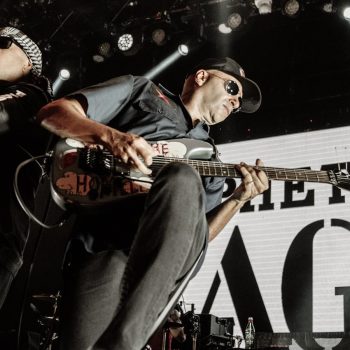 Prophets of Rage “Make L.A. Rage Again” with epic showdown at the Mayan 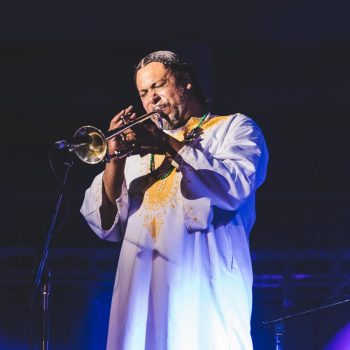 The Skirball Cultural Center reached its final show of the 2019 Sunset Concerts series with trump-player-lyricist-producer-extraordinaire, Josef Leimberg. The evening was filled with an attentive crowd immersed in his Afro futuristic sounds. Accompanied by a full band, Leimberg dazzled the audience with tracks from his solo debut album ‘Astral Progressions,’ and his much-anticipated forthcoming album, ‘The […] 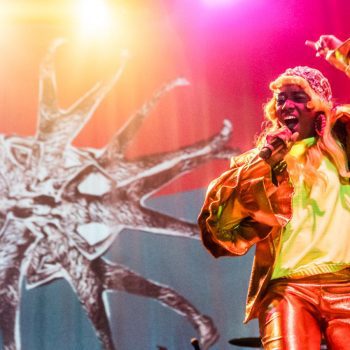 There is something about Santigold and the Hollywood Palladium. When her album 99cents came out, it was there where Los Angeles gathered for an explosive show. Now, Santigold returned to this venue, equally packed and relevant to her fan base. With familiar and new sounds, Santigold’s delivery seemed even stronger and rather mature. Santigold’s “10 […] 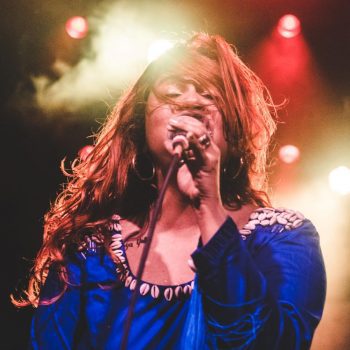 Combo Chimbita‘s new album Ahomale is out now on ANTI- Records and they brought it to The Echo with all kinds of fire. Lead singer Carolina Oliveros captivated the audience with her raw strength. The intensity of her performance along with the entire musicianship provides a unique and elevated experience to their latest mystical sounds. […] 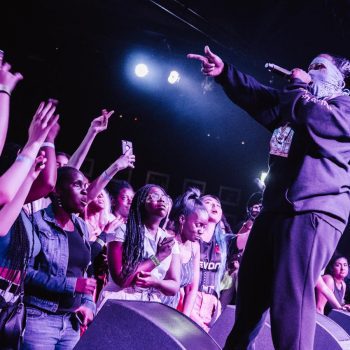 If you are into empowered women, strong bold lyrics, self-power and hip hop Leikeli47 is for you. Her sold-out show at The Roxy was full of intensity from the moment she stepped on the stage. Normalizing all kinds of beauty has been in her content and it drove the crowd wild raising their hands up […] 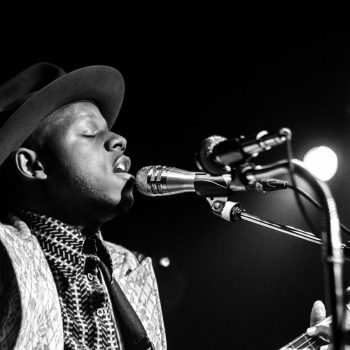 The Moroccan Lounge is not even two years old, yet it has hosted pretty epic shows that satisfy your music quest. J.S. Ondara, currently on tour promoting his album Tales of America, was no exception. This is the first time that I experience an African folk music singer-songwriter. J.S. Ondara has a soothing hypnotizing voice. […] 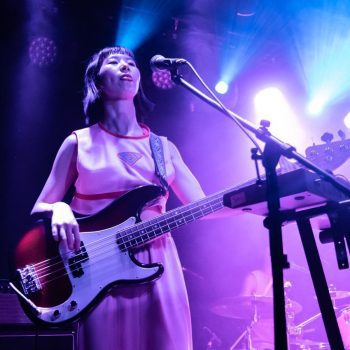 My story with CHAI started a couple of weeks ago at SXSW. In 2015, SXSW was a trampoline for CHAI in the United States, and from then, they have toured around the country. I was aware they were coming to Los Angeles and it was a nice surprise to stumble upon the Volcom Garden show […]