Though it wasn’t a sell out like their SF show I attended at The Independent on Tuesday, Broods and Meg Myers packed them into the much larger main room at the Observatory in Santa Ana on Thursday and both acts delivered memorable sets to conclude their North American tour.

New Zealand sibling synth-pop duo Broods mixed in a couple of new songs from a forthcoming album as well as the popular tunes that landed them a major deal in the first place.
Review by Mark E. Ortega

19-year old Georgia Nott has the charisma and confidence of someone who has been performing in front of large audiences for a decade. Older brother Caleb elicited some rather dirty thoughts from a group of girls to the right of me every time he chimed in with his voice, one that accompanied his younger sister’s so perfectly.

The opening song “Never Gonna Change” is in my opinion the strongest of the set. Georgia is seemingly singing about a relationship that didn’t work out with someone much older, perhaps because of the age difference. The way in which she expresses herself in the chorus, singing “And I hate that I can’t say your name, without feeling like I’m part of the blame” is a sentiment many can relate to.

The Georgia solo piano ballad “Four Walls” was impressive as a bare bones song but most people were there to hear their poppy upbeat songs like “Pretty Thing”, “Coattails”, and the cult smash “Bridges”.

“Coattails” lead to the crowd being the most animated they were all night, throwing their hands in the air as Georgia sang “We’ll ride the coattails to the finish line, I don’t hear the church bells chime anymore”.

“Bridges” brought the house down to close the set before they came back out to play a new song “Hold Me Back” in the encore.

The duo hung out for about an hour afterwards, signing and taking pictures with fans. During the show, Caleb kept bringing out his GoPro and it is obvious that the two were as excited to be in that kind of atmosphere as those that paid to see them. It helped make their set just that more infectious.

It is amazing that Meg Myers is able to make it through a tour with her vocals intact the way that she sings. Throughout her high energy eight-song set, Myers showcased her vocal range as her songs got darker and more raw as the set wore on.

You can do much worse than hearing Myers sing “Baby I wanna f*ck you, I wanna feel you in my bones” in your general direction twice in three days. Myers has a certain sex appeal that is hard to explain but one member of the crowd told me they love how Myers just owns it on stage. She owns everything, from the raunchiness to even the more psychotic sounding lyrics that accompany some of her darker songs. Within the song “Desire”, Myers goes from wanting to f*ck you to wanting to kill you just a verse or two later.

You almost don’t know how much of it is real or whether Myers is simply playing a character or going to a certain place in her mind where she can both evoke her incredible vocal talents as well as the equally impressive facial expressions.

“Curbstomp” is a song that is a little overproduced and doesn’t fit as well within her live performance with the rest of her mostly raw set. Despite this, Myers was able to sell it when it came to the final breakdown, yelling “Lay me down tonight” with intense passion.

Myers has a knack for building to a big payoff in her live performances. Songs like “Monster” and the set closer “Heart Heart Head” are like emotional roller coasters. In the latter, Myers finished the song off by screaming the final chorus and then letting loose with some of the most pitch perfect screams that you’ll ever hear.

It will be interesting to track how Myers progresses. There’s question whether she’s pigeon holed herself into a niche goth-rock genre. Her songwriting and stage presence tells me that won’t be an issue and she’ll find new ways to continue to produce angry and dark songs that are extremely catchy.

Check out the photos of Broods at the Observatory below!

Check out more photos of Broods in the photo gallery below! 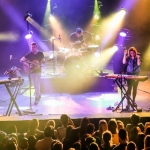 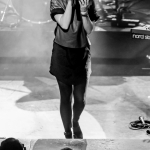 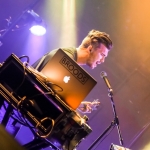 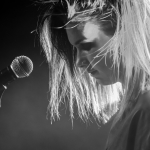 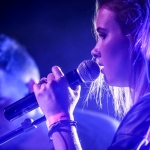 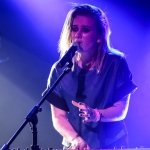 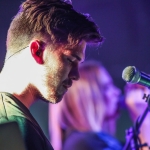 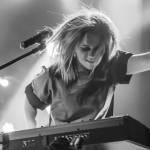 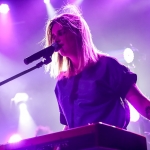 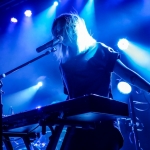 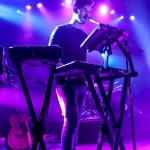 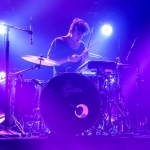 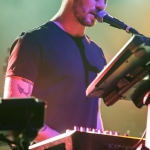 2 thoughts on “Broods deliver a magnetic performance at the Observatory”