The Ghost of Saber Tooth Tiger (The GOASTT), led by Sean Lennon and Charlotte Muhl, took the El Rey Theatre on an uplifting psychedelic fantasy this past Saturday, with songs from their critically acclaimed new album, Midnight Sun. It was a most aurally and visually exhilarating performance.

Photography by Will Tee Yang

Opening up for The GOASTT were local Los Angeles favorite, Fever the Ghost. The band performed last month at Desert Daze, and little did I know that these guys would kick ass at doing what they do. The keyboardist was on fire as he carried the band throughout every song with his passionate gestures. Their stage presence was also pretty amazing, with the keyboardist wearing an aluminum material jacket that vividly captured the surrounding lights, and the vocalist’s shaggy blue hair combined with a red leather jacket that gave much eye candy. Not to mention, the band’s projections of a flying UFO to splashing milk, that gracefully went hand-in-hand with their distorted, psychedelic, strange music.

Before The GOASTT came out onto the stage, a trio that included a preaching shepherd and two other individuals dressed in tight nude bodysuits amused the audience. I really have no idea what was being “preached” but it was a whimsical anecdote about rabbits that ended with a chant of “Eat the fucking rabbits!”

A cone headed Sean Lennon, and Charlotte Muhl sporting booty-shorts, were warmly welcomed by the crowd as they opened up with the track “Too Deep“. At first, the band seemed a little nervous but later picked up the pace with the tracks, “Golden Earrings“, and their single, “Moth To A Flame” (my personal favorite). Sean spoke to the audience from time-to-time, cracking a few jokes here and there. He even wittily dedicated the track “Devil You Know” to his projector whom he named Meryl. It was also incredibly humble to hear him telling the audience how happy he was to be playing in the City of Angels, and that we were the best audience by far. (D’awww!). Overall, the band satisfied everyone’s psychedelic thirst as they came back for their encore of songs, “The World Was Made for Men” (the single off their first album / the first song they ever wrote together) and “Long Gone“.

The Ghost of Saber Tooth Tiger 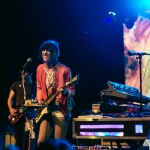 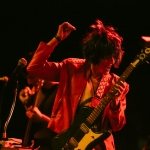 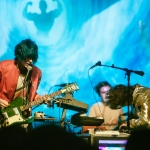 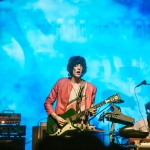 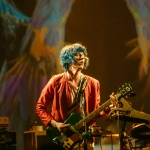 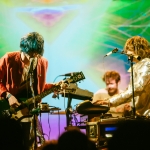 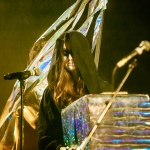 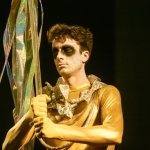 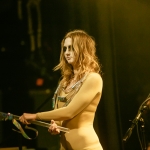 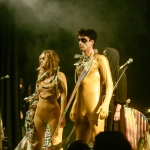 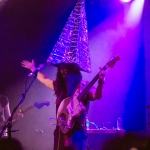 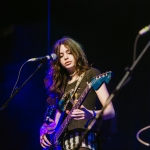 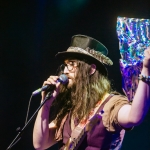 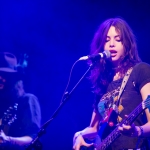 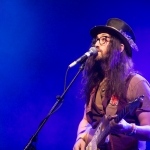 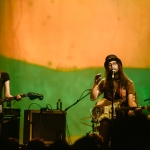 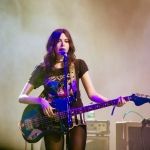 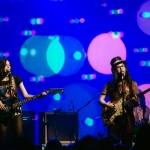 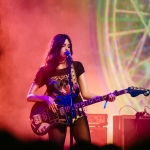 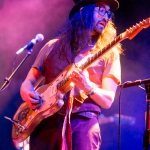