General On Sale
Tickets go on sale to the general public on Wednesday, June 4 at 10 a.m. PST via Ticketfly.com. Single day passes are priced at $35 and two-day passes start at $74 and will include almost 13 hours of music. There’s also priority viewing and backstage ticketing options. Way Over Yonder will commence at 4:30 p.m. on Friday, September 26 and the following day on September 27 the event will begin two hours early at 2 p.m. Each festival night will close at 10 p.m.

GET TICKETS TO WAY OVER YONDER — 2-DAY PASS!

GET TICKETS TO WAY OVER YONDER — FRIDAY, SEPT. 26!

GET TICKETS TO WAY OVER YONDER — SATURDAY, SEPT. 27!

Last year’s Way Over Yonder festival included performances from Conor Oberst, First Aid Kid, The Felice Brothers, Neko Case and more. We’re super excited about this year’s lineup and you should be too! Get ready for a relaxing music festival along the beautiful California Pacific. 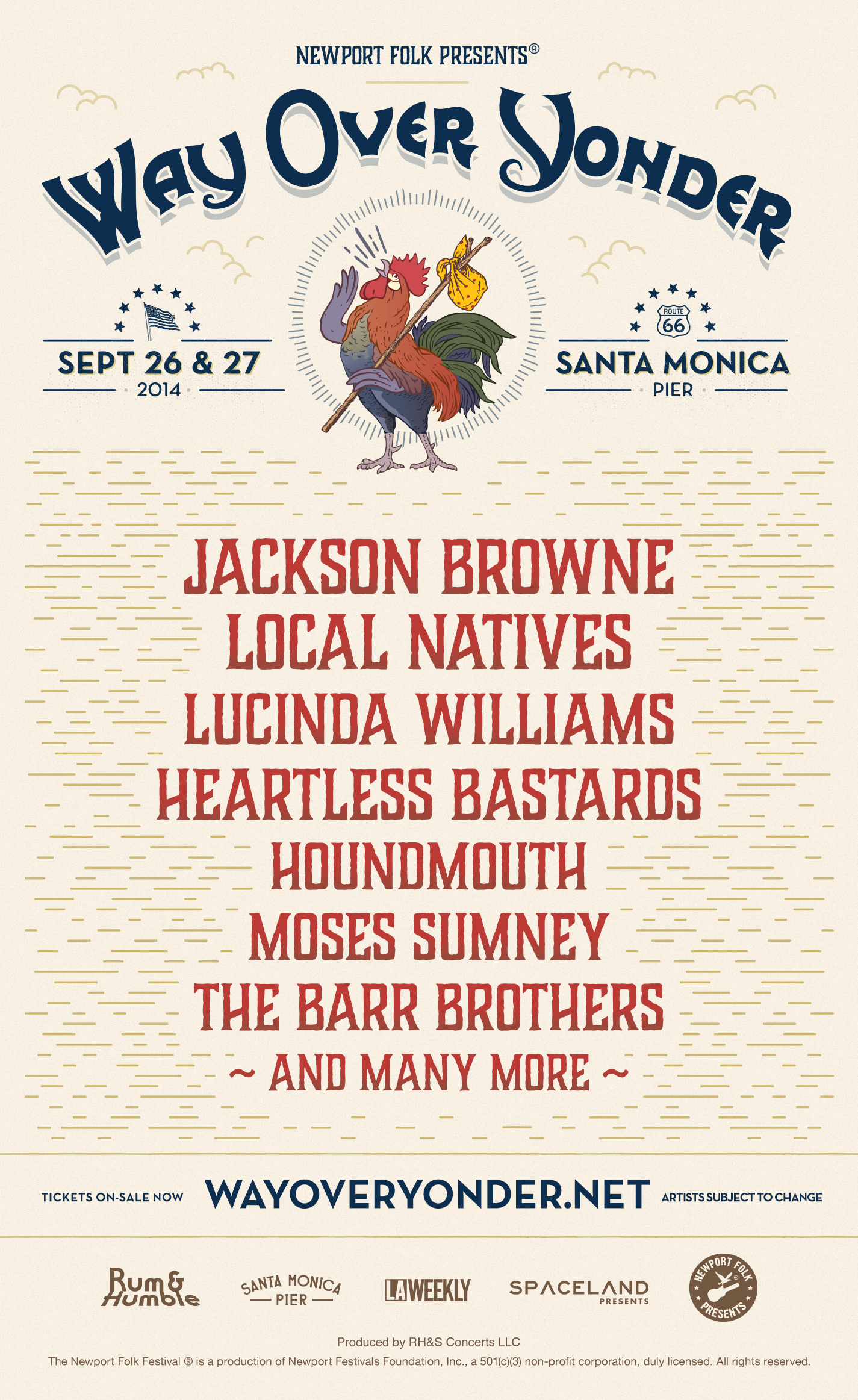