Those were the thoughts going through my head at the prospect of traveling from L.A. to The Observatory in Orange County to cover Burger Revue. Then I looked at the lineup again. Thee Oh Sees in The OC? Ronnie Spector? A living legend. King Kahn and the Shrines, Nick Waterhouse and Mystic Braves. Those are just the bands at the top of the lineup. Yet another, well thought out and booked show by Burger. There were at least eight other bands on the bill as well.

Ronnie Spector owned her shit. She still has the pipes and loves to talk dirty to the audience. Unfortunately, she took a bad spill at the end of here set during “Be my Baby”, her signature song. I felt really bad for her because she had the young crowd in the palm of her hand on almost every song. That and she could very well have a broken hip since she is 347 years old.

King Khan & The Shrines owned the crowd. Owned. He/they were a hot mess of funk and we submitted to his every command. By the end of the show he was almost completely naked, wearing only a head dress and purple biker shorts with a bedazzled crotch. His huge belly hung well below his waistline. At one point he asked that every one in the audience get on their knees at this sold out show. Everyone did. I’ve never seen anything like it. Amazing band. Amazing showman. John Dwyer would have his hands full following these guys.

Thee Oh Sees were up to the task. They whipped the crowd into a fucking frenzy. Typically, slam pits at Burger shows are soft and affectionate. I wouldn’t quite go so far as to use the word aggression to describe the pit for Thee Oh Sees but it was almost a “real pit”. Almost. 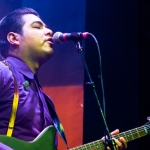 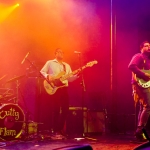 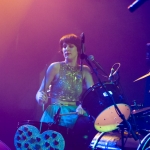 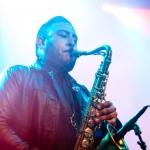 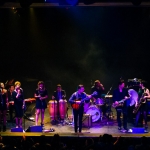 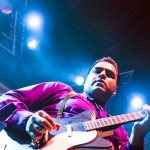 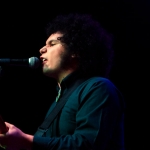 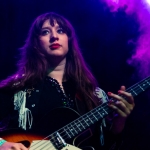 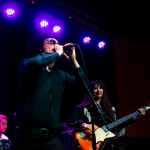 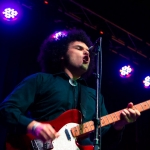 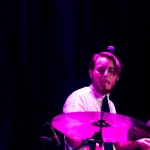 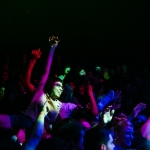 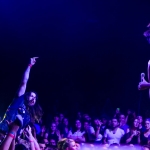 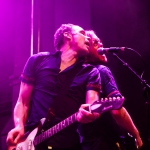 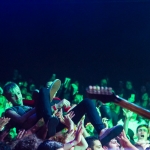 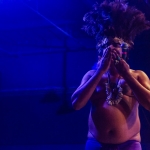 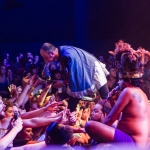 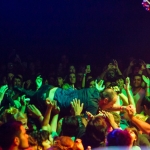 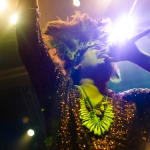 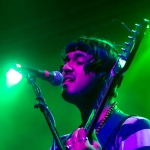