If you had a “case of the Mondays” before showing up at The Roxy in Hollywood, Nico Vega washed them away with an enthusiastic and crowd-pleasing set featuring lots of material from new release, Lead to Light.

The show served as an album release party as the EP officially dropped the very next day, July 22.

Frontwoman Aja Volkman brings a charisma to the stage that is overly infectious. The new album was co-produced by Imagine Dragons’ Dan Reynolds, who happens to double as Volkman’s husband. Reynolds was in attendance at The Roxy in support of his wife’s latest endeavor.

Volkman’s stage presence is extremely captivating, particularly when singing the band’s more widely-known hits. The crowd really began getting into things during “Fury Oh Fury” as they joined Volkman in singing the anthemic chorus while at the same time throwing their hands up in the air.

The songs off the new album are filled with hooks, so much so that by the end of these new songs, the crowd was in full sing-along mode. “I Believe (Get Over Yourself)” and “I’m On Fire” were two such cases. Those songs led perfectly into “Beast”, the song that likely brought awareness to the band for many.

During “I Believe”, a number of people from the crowd joined Nico Vega on stage and made long-lasting memories in the process. Bandmates Rich Koehler and Dan Epand cranked up the energy even more, with Koehler belting out the chorus in unison with the crowd.

For “I’m On Fire” and “Beast”, Nico Vega was joined on stage by earlier performers Queen Caveat. This helped take the atmosphere to an even higher level as the two bands had rather stellar chemistry together.

After a long and spirited demand for an encore, Nico Vega came back out for one remaining song before calling it a night.

Their first full-length release now five years in the rear-view, Nico Vega are well on their way to becoming a major force. They’ve managed to translate their high-octane sound from the studio to the stage and Monday’s show went a long ways towards cementing their status as a legitimate headliner.

I managed to make it just in time to see Los Angeles-based Queen Caveat perform. They served as a sizzling appetizer to Nico Vega. Frontwoman Lauren Little was a joy to watch perform. It isn’t often that you see a packed crowd for an opening band but Queen Caveat showed they have quite a following building in the region. The look of sheer amazement on the faces of Little and her bandmates was a fun thing to see, as it seemed like maybe this was one of the bigger crowds they’ve had the privilege to play for.

Check out our photos of Nico Vega at The Roxy! 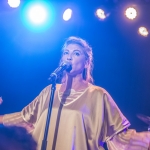 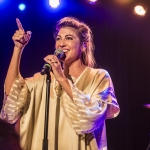 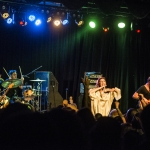 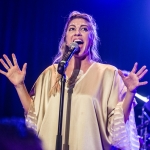 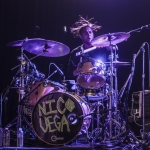 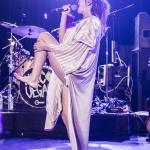 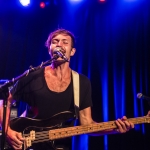 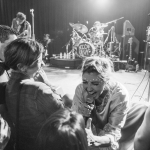 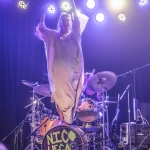 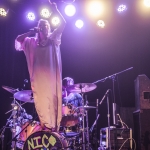 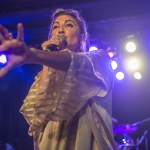 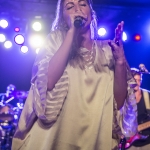 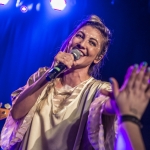