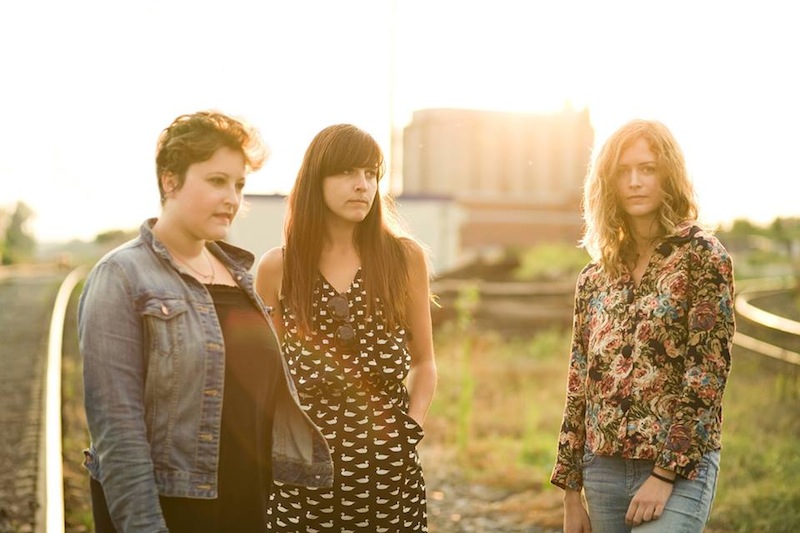 From the moment The Beverleys’ explosive self-titled EP begins you are smashed with a wave of supercharged grunge/shred. It was then, as I made the perilous journey to the volume button on my MacBook, that I reevaluated the album’s cover art. Is that Road kill? A possum if I am not mistaken? The Beverlys put my question to rest when we correspond via email,

“Well, it was on the road and it was dead, so it’s roadkill,” they say, “Could’ve been zapped by aliens or attacked by a bear…. who knows really.”

Personally, I think the little thing may have just walked in front of the Beverleys’ speaker and very literally had its face melted. The cover personifies the visceral identity of the Beverleys music. When I ask the band if this was their intent there response is nonchalant,

“When the photo was taken it wasn’t with the intention of being the album cover, a friend actually sent it to us, he was saving it for a rainy day. Just so happened to fit perfectly with what we were going for. And so, voila — album cover.”

Much of the band’s fortune has kept with this laissez faire attitude. Growing up in the same suburb of St Catharines, Joanna Lund and sisters Susan and Steph Burke started playing in small art galleries and in friend’s basements about two years ago. Since then they have performed in New York City’s annual CMJ showcase and released their loud, primal self-titled EP.

The record is concise and introspective. Guitars are thick with distortion. Drums are fast paced and powerful. Topped off with a snarling vocal takes split between Joanna and Susan.

“The lyrics are about whatever you want them to be… I find it sort of ruins it for me when I find out what song lyrics are all about… It’s like when you read a book…you have these images in your head of the characters and settings, those are YOURS. Nobody else can touch them. Songs are like that for me too.”

The Beverleys have no upcoming tour dates. But we will let you know as soon as they head on the road! Let’s hope a Los Angeles stop is in their near future.

Grab the Beverlys self-titled EP on limited edition cassette tape via their Bandcamp.

One thought on “Hot Band Alert: The Beverleys Unleash A Snarling Debut EP”