The Swedish Indie Pop sensation, Lykke Li played to an energetic crowd at the Hollywood Palladium last night. She took to the dimly lit stage as the moody bass echoed through the audience. Known for her desperately sad leaning songs about love found and then lost, Li has garnered quite a loyal following of hopeless romantics.

Her third album, I Never Learn, is a quiet, more mature approach to her music that matches her dark lyrics about the anguish of heartbreak. You might be worried that the sadness of the album won’t translate to a live show, but I’m hear to tell you Li does a brilliant job of making the audience forget they’re hearing songs about a break-up by keeping the performance upbeat and light

When she played “Just Like a Dream,” she had the crowd dancing and singing along while she spun on stage in her chic black trench coat. When she belted out her single “No Rest for the Wicked” she jabbed at the air as she sang, “You let them win without a fight.” The audience mimicked her, jabbing at their own demons. Riding that wave of energy she asked the audience, “do you like to dance?” They erupted knowing what was coming. The telling drums rang out and Li launched into “Dance, Dance, Dance” from her debut album Youth Novels. She played another fan favorite from the album, “Little Bit,” and I’m pretty sure a few babies were conceived on the Palladium dance floor.

She didn’t hide from her darker songs though, giving a beautiful performance of “Sleeping Alone” her voice soaring, reminding us all of those agonizing times of sudden loneliness after a break-up. However, Li doesn’t take her sadness too seriously. After finishing the song she joked, “that made me want a drink!” She also did a hard-hitting cover of Tori Amos’s “I’m on Fire” (originally written by Bruce Springsteen) and her power ballad “Never Gonna Love Again” which surely made the tears flow for more than a few in the audience. It’s in these dramatic moments when Li shines laying the pain she carries around and giving us all permission to wear our heartache on our sleeves.

The show closed out with an incredible dance pop rendition of “Youth Knows No Pain,” from her sophomore album Wounded Rhymes, that broke down into heavy bass, melodramatic stage lighting and strobes that had everyone dancing and “getting down” with Li. The girl has clearly gone through some major heartbreak in her 28 years and music is her outlet to process that rollercoaster of emotion. We’re lucky to have her because, god knows, heartbreak is part of life and we need the kind of therapy that Li provides through her music; the kind that tells us “Sadness is a Blessing.”

Check out our photos below of Lykke Li at the Hollywood Palladium with opening performer, Mapei! 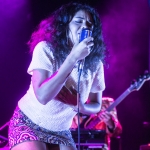 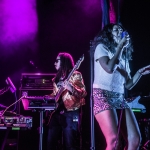 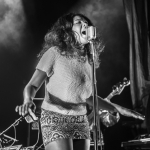 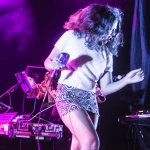 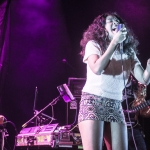 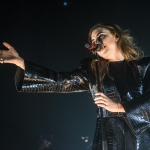 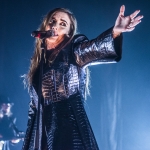 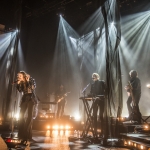 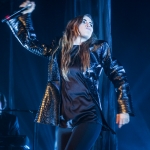 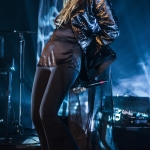 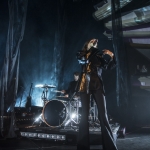 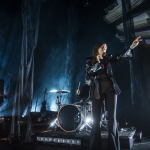 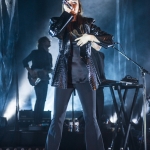 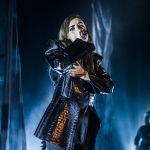 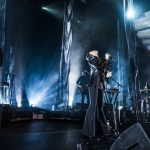 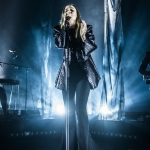