UPDATE: There are no photos of BBQ (Mark Sultan) because our photographer nearly got trampled to death after being pulled by her hair into the pit, chunks flying out and just about had her camera broken. She bailed asap! There was surprisingly no photo pit at this show.

Arish Ahmad Khan (King Khan) is one of the most unlikely sex symbols in the history of insemination and rock ‘n’ roll. Rarely does someone come along who drips charisma and oozes sexuality more than Khan with such an aesthetic disadvantage. One might boil it down simply to his incredible musical talent and commanding live performances but it’s more than that. Some people just have “it” and Khan, aka Blacksnake has more of “it” than anyone I’ve ever seen. His performance wardrobe, which consistently features a naked Khan, sporting only his signature underwear with it’s bedazzled crotchal region, a fat naked belly and a multitude of flamboyant head dresses is a testament of the power of confidence. He is the antithesis of the lily white pretty boys who typically yield a collection of panties thrown at them on stage, but everytime I’ve seen Khan, whether it was with King Khan and The Shrines or last night as King Khan and BBQ Show, there are platoons of women willing to spread their legs and toss aside their dignity to get a piece of Khan and company.

Last night at the El Rey Theater in Los Angeles, King Khan and the BBQ Show graced the stage to deliver one of the most high energy, highly entertaining shows I’ve seen in quite some time. Khan and BBQ (Mark Sultan) with their punk / doo-whop vibes project images of The Ramones and Sha Na Na. They have a huge sound that is generated by two guitars, two vocals and a kick drum powered by Sultan that you could set a clock to. Vocally, Sultan’s voice reminds me of a less satanic version of Misfits era, Glenn Danzig while Khan conjures Raymond Edwards of The Silhouettes with his deep bass register and skipping scat-like phrasing. They worked up one of the most energetic audiences I’ve ever seen at the El Rey and that’s no easy task on a Tuesday night in L.A.

Also on the bill were Isaac Rother and the Phantoms; an extremely complimentary act of psychedelic funk. Their live show is complete with choreography and musical arrangements for every occasion. They even have an arrangement of music just to sell their merch. With their 70’s style swinger swag and gold medallion clad wardrobes, these white boys and girl could create a dance party deep in the heart of Motown and win over any crowd at the Apollo Theater.

It was a great Tuesday night on the strip known as the Miracle Mile in Los Angeles. King Khan and BBQ Show are a rare treat that I hope become less scarce in the years to come. I really look forward to seeing what Khan’s career looks like over the coming decades. I foresee a compelling catalog of music and a trail of dead to follow every live show he plays. 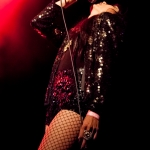 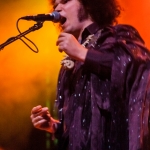 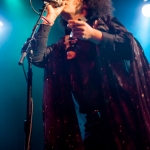 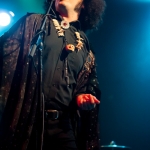 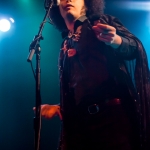 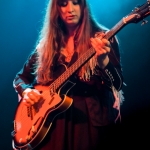 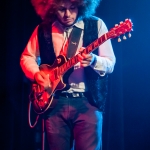 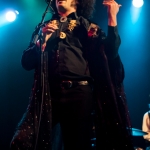 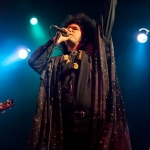 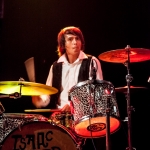 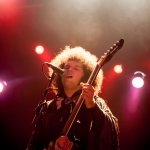 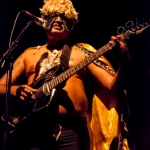 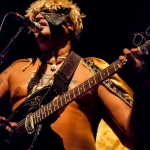 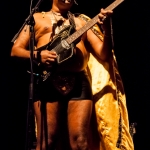 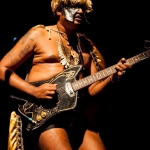 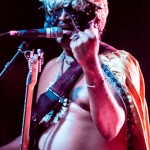 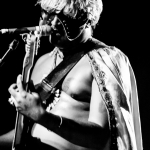 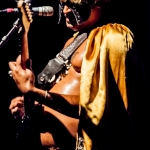 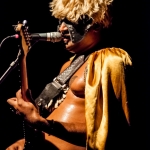 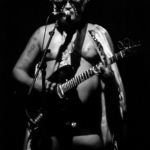