Opening a new platform for Latin alternative music, Supersonico Fest took over every corner of The Shrine Auditorium and Expo, showcasing an amazing lineup of bands and DJs representing global bass, rock, hip hop, dancehall, EDM, pop, ska, flamenco, and more from across the globe. This epic musical trip around the world all popped off during a one-day massive gathering.

Three different stages served as a versatile compound to have the crowd in a nonstop music frenzy. Doors at Supersonico Fest opened at 2 p.m. welcoming those eager to get in and get the party started. The Illuminati Lounge had DJs welcoming the crowd all day long as a first stop to get your dancing vibes inevitably going. Los Angeles global bass crew, Subsuelo started the show with their characteristic postmodern flamenco on the indoor stage while outside, L.A.’s Jungle Fire were delivering that extra heat, followed by the Latin Grammy winners La Santa Cecilia.

Although most of the audience were Latino, there was a multicultural merge where the cumbia-lover would be dancing with the hip-hop-head standing next to the pop-influenced member of the audience. Bands like Tokyo Ska Paradise directly from Japan did Latin ska covers including “Eres” from Cafe Tacuba (a highly anticipated headliner) while on a different stage the duo Los Master Plus brought a heavy band mixed with electronic beats delivering lyrics both in English and Spanish, followed by Minnesota’s Lizzo making you twerk hard! Straight from the bay area, Los Rakas bounced between the indoors stage to surprise the dancers at the DJs’ lounge with their electrifying dancehall making everyone get literally down and low. Highly awaited Bomba Estereo (from Colombia) had fans jumping to their elect-tropical flavor, while French-Chilean artist and activist, Ana Tijoux masterfully delivered lyrics with Latin-infused hip hop. She had the Shrine sweating South America through their pores.

The night became tricky at one point for many fans wishing to clone themselves to check out the Latin Grammy nominated, Venezuelan rock band La Vida Boheme at the indoors stage while Puerto Rico’s Calle 13  were getting ready to stomp the grounds and make the thousands outside brincar (jump in Spanish).

Arriving from Tijuana, Nortec Collective Presents: Bostich+Fussible closed the indoor stage with their unique Norteño electronic music delivering live beats from an exotic array of creative instruments, welcoming live banda musicians to the stage. To close the night, the enormous crowd was still sweating to the many influences of the day, but they still had the energy to dance and sing-along to the legendary Mexican alternative rock band, Cafe Tacuba.

This is the first time in Los Angeles that a festival is dedicated to Latin indie music in such a massive way. There were no major incidents reported, and the organizers seamlessly crafted an incredible event that delivered an epic display of global alternatives. The Latin music community is strong, diverse and vibrant in this city.  We look forward to covering this Supersonico Festival again in 2015.

Check out our photos below of all the bands and artists performing at Supersonico Festival at the Shrine Auditorium and Expo! 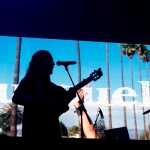 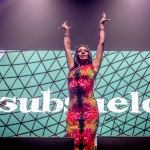 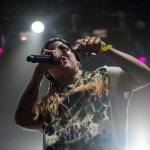 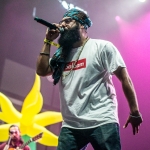 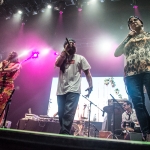 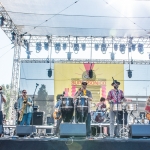 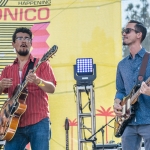 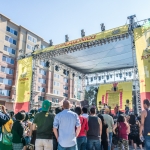 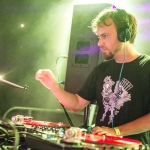 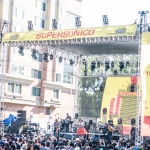 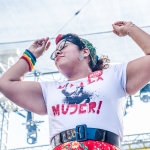 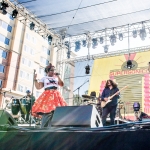 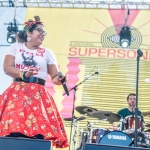 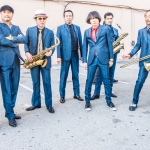 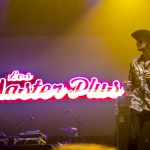 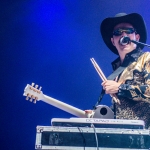 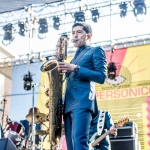 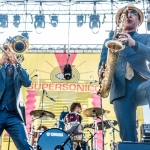 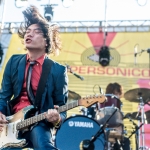 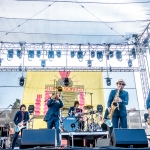