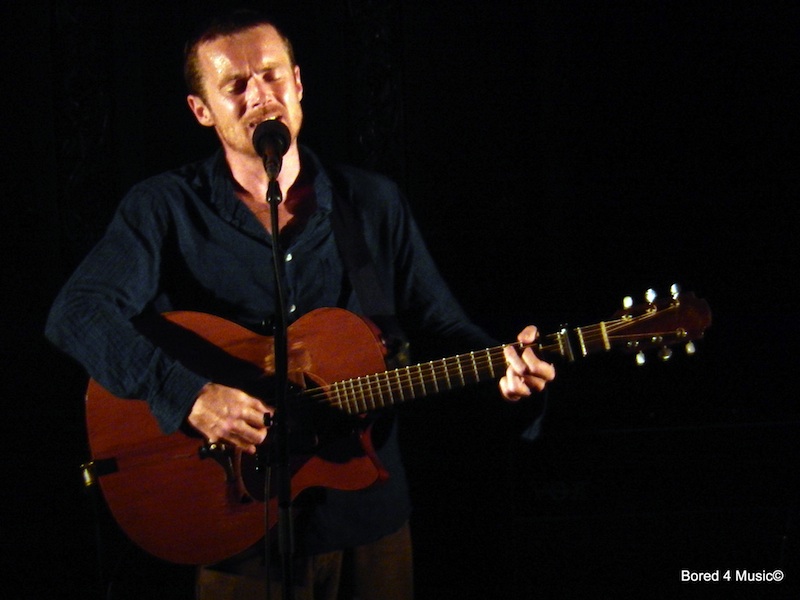 There’s a reason why tickets were sold out within minutes of being offered for Damien Rice‘s intimate Oct. 9 show at the beautiful Cathedral Sanctuary at the Immanuel Presbyterian Church. Since emerging on the scene in 2001, people have turned to Rice’s music when needing to deal with a wide array of sad emotions. Those lucky few hundred that were able to witness Tuesday night’s performance got their fair share of eye-wiping in. They also experienced plenty of something maybe they weren’t anticipating: laughter.

While Rice ripped through a 17-song set of some of his latest and many of his greatest, he also mixed in an unexpected amount of comedic banter that kept things light. This, while just seconds before touching the depths of people’s souls with his often tragically-tuned songwriting.

Going into the show, my expectations were extremely high but also tempered. I had grown up a major fan of Rice’s, but also of his chemistry with former collaborator and lover Lisa Hannigan, whom Rice chose to stop working with around the time of his most recent album “9” nearly eight years ago. Rice played many of the songs that Hannigan complemented his voice so beautifully.

On “I Remember,” Rice knocked it out of the park while singing both the part that Hannigan would sing and then his sharper and harsher bit that comes into play in the second half of the song.

Rice was perfect in his imperfection. During “Woman Like a Man” early in the set, he broke a main string on his guitar, something he said had never happened to him before. He had no problem quickly transitioning to the heartbreaking piano ballad “Rootless Tree,” Rice once had to catch his breath as he covered all the vocals on his own. In a song that is famous for using “fuck you” in the most beautiful way imaginable, Rice changed the final chorus to say “I love you” rather than “fuck you,” perhaps with a purpose. On “9 Crimes,” Rice didn’t make me miss Hannigan as much as I was worried I would, a mark of just how great this show was.

Rice shared a hilarious story before playing “Amie.” Rice said he went over a platonic friend’s house, who there was never any sexual vibes with previously. He had gone over there after not feeling too well and she suggested he stay the night, saying he could sleep in her bed. As his mind started to wonder about things he hadn’t thought about before, she mentioned her sister was gone and she would sleep in her bed. She tucked him in and suggested he just be with himself and look out the window and enjoy himself, which Rice took quite literally if you know what I mean. This was just one of the many times that people busted up laughing — which must have been a shock to most.

You could feel the collective appreciation of the crowd all throughout the set. They couldn’t help but voice that appreciation at times, but they were almost unanimously respectful. Midway through the set, one fan yelled “Take us to church!” in between songs, to which Rice obliged. Rice asked if the lights could be turned down all the way in order to oblige that request, and then he launched into the beautiful bare bones “Cold Water.” Rice followed that with a few verses from the Leonard Cohen classic “Hallelujah,” a song that has been covered countless times. Rice matched up with it perfectly and it is the best rendition I’ve heard since Jeff Buckley made it his own over 20 years ago.

It was at this point Rice played one of few songs from his upcoming album My Favourite Faded Fantasy, due out in November. After hearing Rice play “I Don’t Want to Change You,” it quickly became my favorite Rice song ever (I played it at least 20 times the following day on Spotify.) Rice followed it up with a song that he said was about when he wanted to change someone, the previously mentioned “9 Crimes.”

In his encore, Rice brought a woman on stage and had a bottle of wine and a few glasses brought out. They downed glass after glass as Rice shared a story about a man and a woman who meet and get drunk together before the man finds out she has a boyfriend, who picked her up. Rice then played “The Blower’s Daughter,” a longtime favorite of many Rice supporters. Rice brought out a friend of his to help out on vocals for the final song-and-a-half. The Irish singer started playing the title track from his new record, a beautiful tune, but stopped midway in favor of playing “Volcano,” the song that initially brought Rice to my attention many years ago.

For “Volcano,” Rice’s backup vocalist was on point. For the final hurrah, however, Rice brought up about 100 people on stage and directed them to help with the chorus. He had one side of the stage sing “Volcanoes melt you down,” one side sing “What I am to you, is not real, what I am to you, is not what you need,” and the front section of the audience try their best to let out the “Ahhhhh.” It went much better than you would think, and was some of the best crowd participation I’ve seen in a show all year.

At the conclusion, Rice thanked the audience, many of them quite literally with a hug while they remained on stage. Seeing Rice smile made me feel better about the time that has passed since the break from Lisa Hannigan, something that obviously had a major impact on him.

The immediate buzz from the show was that this could be the best one I’ve had the privilege of seeing in a packed 2014. Days later, I stick by that assessment considering my expectations felt unreasonable and they were still exceeded.

Though I expected to feel sad and melancholy upon leaving the beautiful church venue, I was caught by surprise by how cheerful I felt instead. Thanks for the memorial Tuesday night, Damien Rice. 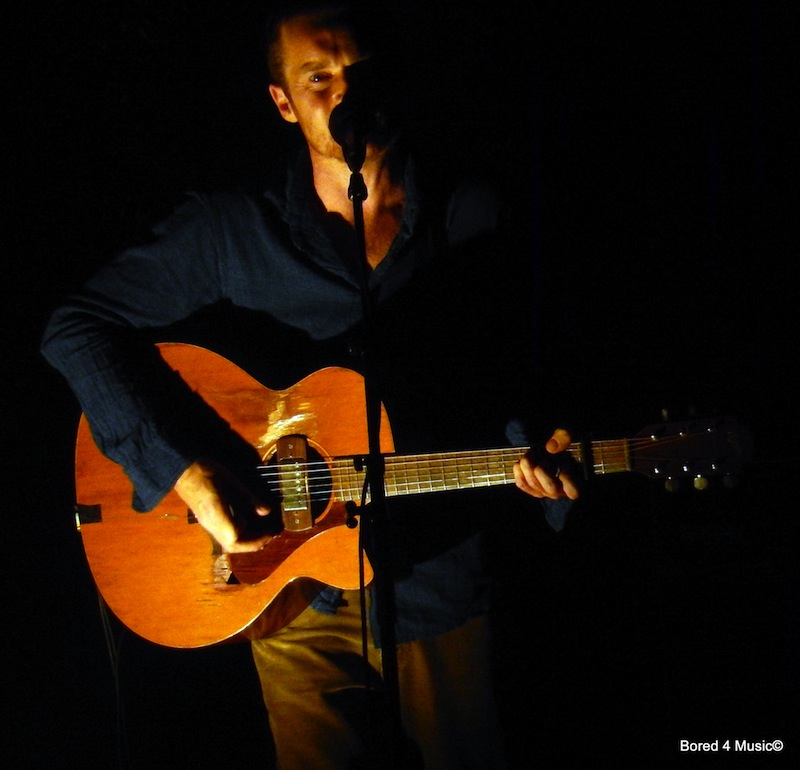 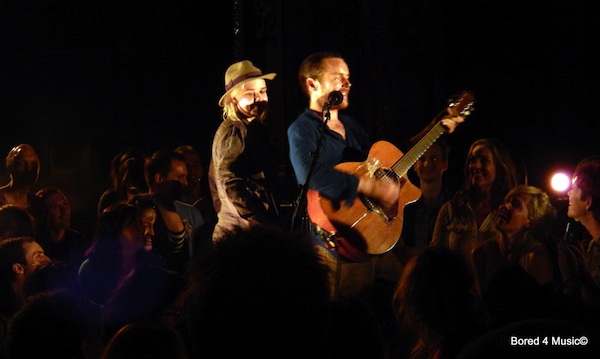 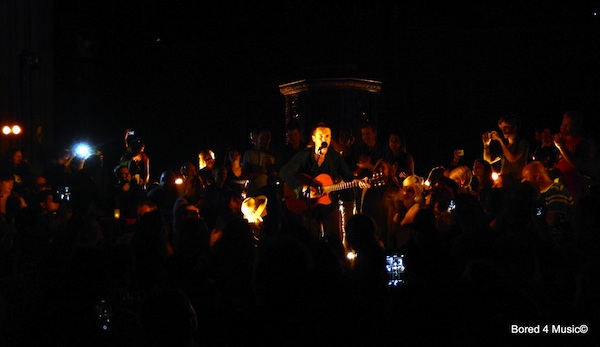 One thought on “Damien Rice breaks hearts, surprises with laughter at Cathedral Sanctuary”