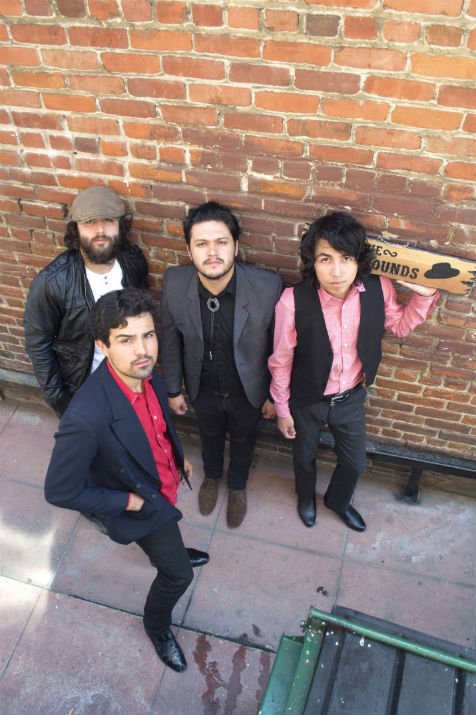 If you had any fear that rock n’ roll was dead, don’t worry because all the things that you love about it are alive and kickin’ now that East Los Angeles four-piece The Bloodhounds have released their debut studio album, Let Loose!  via Alive NaturalSound Records. Power pop legend Arthur Alexander (Sorrows, The Poppees) produced this mouthwatering slice of rock ‘n’ roll pie and I highly recommend you sink your teeth into it. Steeped in and indebted to the rock ‘n’ roll traditions of the Rolling Stones honky tonk swag, Dylan’s epic vocal drawl, and everything in between — The Bloodhounds draw from the greatest of influences but create one kickass record to call their own. Throw your shoulders back, roll up your sleeves, and buckle up for maximum rock overdrive.

Why We Dig Them:
For repping East Los of course! A multitude of musical gems can be found in East L.A. but beyond the big names like Los Lobos, Ozomatli and classic retro acts such as Thee Midniters, it feels like we don’t hear enough about all the other great East L.A. rock groups that are kicking out the jams amidst the hustle and bustle of the mainstream and major indie scenes.

Best Songs:
“Crackin’ Up” may be a Bo Diddley cover song, and King Khan may have preceded them in doing a pretty stellar cover, but The Bloodhounds do an absolute bang up job of covering this classic tune. Their version has an ’80s Two-Tone ska-esque arrangement, a la Specials, and I couldn’t help but listen to it on repeat.

“Try A Little Reefer” has such a smooth swing to it and a lot of soul-soaked organ. Despite it being a song about the herbal goodness, even your grandparents could take a little toke and get down to this track.

“Wild Little Rider” is a speedy musical journey with the chutzpah and panache to rival a J. Geils jammer, and serves as a clear reminder that harmonicas are awesome and underrated.

The tinkering keys, ragtime jazz vibes and call and response of “Hey Lonnie” makes it the quirkiest and surprisingly catchiest of tunes – grab a beer, pull up a stool and have a listen. Good times guaranteed.

Interesting Tidbit:
Frontman and rhythm guitarist Aaron “Little Rock” Piedraita gives us the scoop on how it was working with power pop aficionado Arthur Alexander.

“It was a great experience working closely with Arthur. He knew exactly how to record us, completely live! Rehearsing and playing shows was what made us develop our sound. We met Arthur at a gig where both us and Arthur Alexander Band were booked at and have become real good friends since. We’ve been working real close with Arthur and have accepted him as a mentor ever since.”

The Bloodhounds have an upcoming free show at Harvard & Stone on Thursday, November 20. I highly recommend you check them out. You can grab The Bloodhounds’ debut record Let Loose! via Alive NaturalSound Records. 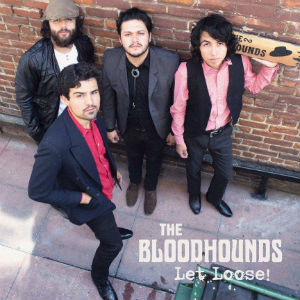 Stream songs from The Bloodhounds: