It’s was as though it were 1986 and “Pretty In Pink” just hit its fame with the film of the same name. Back then that song sounded catchy, melodic perfect and youthful. That is exactly how the Psychedelic Furs came off this past Saturday at the Fonda Theater. It was as though time had not passed and we were stuck in the glorious 80s. The Psychedelic Furs were absolute mint.

Lead singer, Richard Butler and bassist Tim Butler were sensational with their crowd interaction. They would step to the edge of the stage to get as close as they could to their adoring fans. Making that extra effort to lean in and make eye contact with their fans really delivered a warm energy throughout the crowd. Richard’s signature vocals were blissfully appealing and they did not miss a note. The crowd was into it trying to sing-along to all the hits through a foggy memory.

The Psychedelic Furs truly put on a mesmerizing performance full of sweet nostalgia. I think this was the first time I had a smile on my face the whole time I was photographing.

Opening up for Psychedelic Furs was Royston Langdon of Spacehog. With his passionate vocals, langdon treated the crowd to his acappella musings, as well as a performance that showcased his talents on the piano and acoustic guitar. It was a mellow, but undoubtedly lovely performance.

The Lemonheads proceeded Langdon as direct support for Psychedelic Furs. Evan Dando came out on his own and did a couple acoustic songs and then he called the band up to join him. They played well with tight arrangements, other than when they had to stop a song so Dando could re-tune his guitar. It added to the Lemonheads’ charm, showing they are human and not perfect just like their fans. I did however, think it was strange that they were selling a poster that said they would be playing It’s a Shame About Ray in its entirety, yet they did not even play “It’s a Shame about Ray”. And they really didn’t even play any of their hits.

The Lemonheads’ set was not a disappointment by any means, but I am sure the fans would have loved to hear at least one of their hits. How about some “Into Your Arms”? Scratch “Mrs. Robinson” off the list, I get that. It’s not even their song, although it put them on the map and fans LOVED their rendition. All in all, the Lemonheads put on a great performance, but fans were left hungry for the hits. 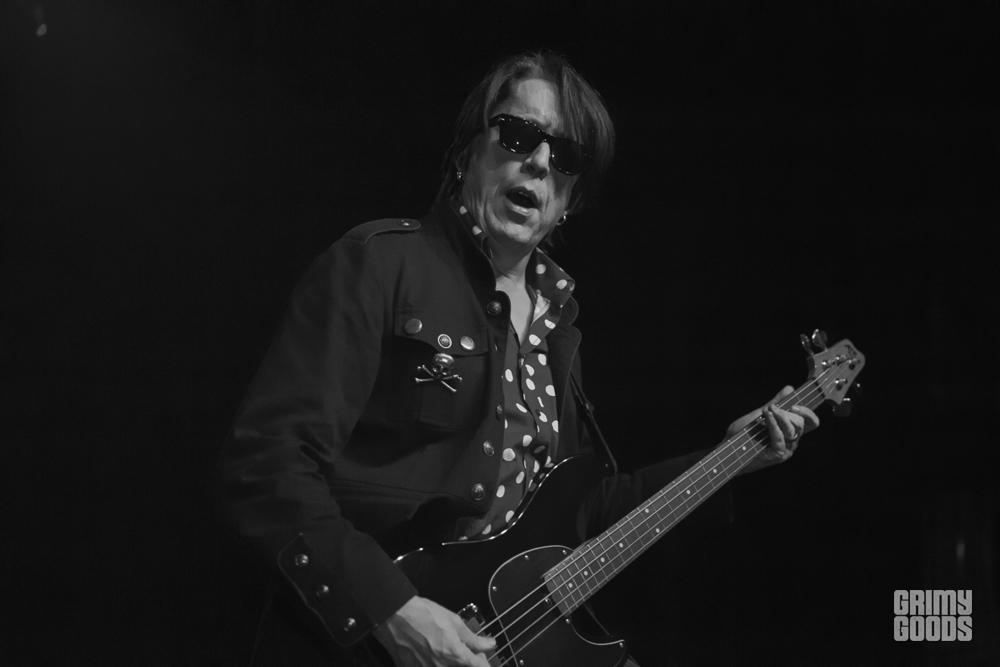