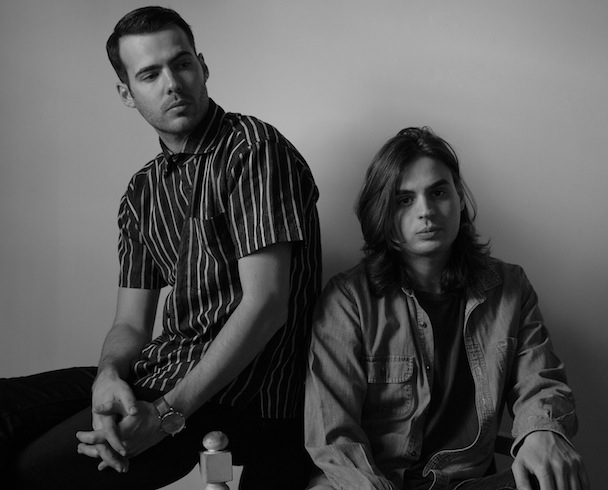 Thomas Mullarney and Jacob Gosset are on tour again with Beacon. On the release of their newest EP L1 the duo have been trying new things and designing new live arrangements to take on the road. When I speak to them over the phone on Friday, they are gearing up for their show in Seattle and will be on their way to Canada immediately after. We spoke briefly about their new EP, how inspiration can happen in reverse, and how grateful they are to their fans.

Grimy Goods: The first thing I noticed about the EP is that there seems to be a lot of anxiety in the music. I was wondering where that was coming from? Was that intentional?

Mullarney: I think the one word that has been spinning around for us was: Frantic. I think that comes from an energy we picked up and have gotten deeper into from playing live. We try to keep the frenetic energy controlled though. There is definitely a jittery vibe on the EP, and we really liked trying to rein that in and control it.

You listen to a song like “Minor Structures” and it has a Drum and Bass rhythm and it locks into this groove and then opens itself up and becomes frantic and then comes back. That control and release, that play, is really what we were thinking about while making this record.

Gosset: Our live show and touring for the last record definitely affected this record. Songs like “Overseer” always translated really well live for us, those were the moments we were really into. When we went into the studio this time we wanted to recreate that live energy again. We wanted to be excited with our material when we took it out on the road again.

GG: You’ve mentioned that the record gets its thematic conception from Lagrangian Points. What set off that fascination?

Mullarney: For me, when I write lyrics a lot of the words come up as a result of writing the melody and then I find words that fit inside that melody. It feels like the words write themselves a lot of the time. This time around I was writing lyrics and they didn’t make a lot of sense. They had to do with orbit and gravity and I sort of looked that stuff up online and found these Lagrangian Points. It happened by accident.

The more I studied them, the more I noticed that they fit with what I had been writing. I started seeing similarities in that phenomenon with what we were doing musically. I showed it to Jake and he noticed it to. We thought, ‘hey, cool,” and just started focusing in on that more. It was interesting that the lyrics led to the discovery and not the other way around.

Gosset: It happens to be the way these things work for us, I must say. Within the process of writing and recording we end up finding a framework to work into. It slowly starts making more sense. Then the album art changes, and the visuals and videos start to revolve around that idea. It’s never something we set out to do in the beginning, it all just happens as we create. 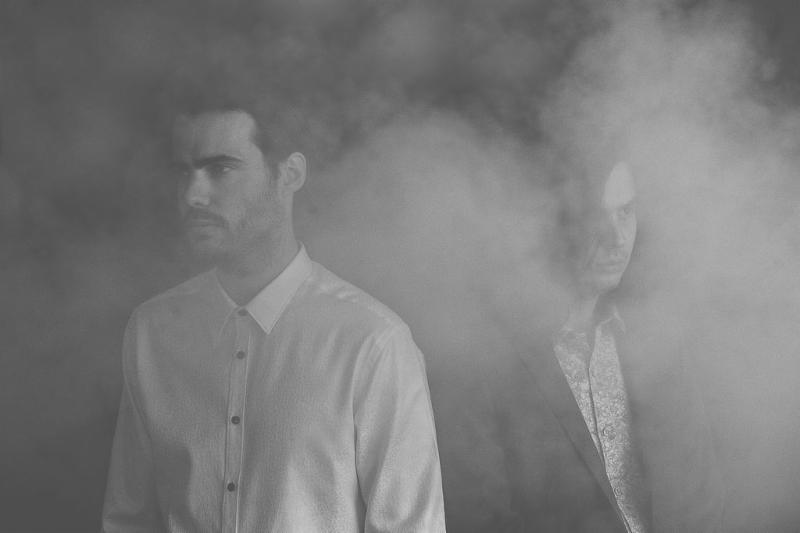 GG: It seemed like when you started this project a lot of people were comparing your sound to Rhye and How To Dress Well and others associated with that down-tempo R&B sound. Since then, your sound has moved in a different direction and it seems like you don’t want to be associated with that sort of aesthetic anymore. What caused that?

Gosset: I don’t think we ever dropped it to be honest. I think that genres and labeling is really just the business of those who write about music.

GG: (depreciating laughter) I get it.

Gosset: Yea, it’s fine. Like, I get why it happens. Genres are a sort of necessary evil. But, we don’t think about it in that way. We just make music. Playing that music to people always changes how we think about creating music. We started noticing that we wanted more energy, more exciting sounds. If we don’t sound as down-tempo anymore it’s more due to a natural progression of wanting to get people moving in a live space.

Mullarney: The records are becoming more diverse. And it’s really gratifying because our fans are coming with us. They’re up to the challenge of what we are trying to do. It really allows us to take the music and experiences that have influenced us and do something new.

GG: What were you listening to while recording this project?

Mullarney: We were on tour for a while so we would listen to stuff on the road. I was really into Lukid Also, that James Holden record from 2013.

Gosset: I was really into that last Jon Hopkins release. But we’ve had this conversation with a lot of people about what we are listening to when we are recording. The truth is we are so steeped in what we are doing that there isn’t a lot of time for outside listening. We are always working on new music and we listen to it back and rework it and listen to our stuff again. It requires you to pull back a little bit from actually listening to music as a fan.

GG: You both come from an art school background. How has that affected your live show?

Mullarney: We have experience in production. I used to design sets at Adult Swim, for this weird show called The Heart, She Holler. We definitely take that background and incorporate it into our live show. We design the lights and the visuals and we’re excited to take the new designs on tour. 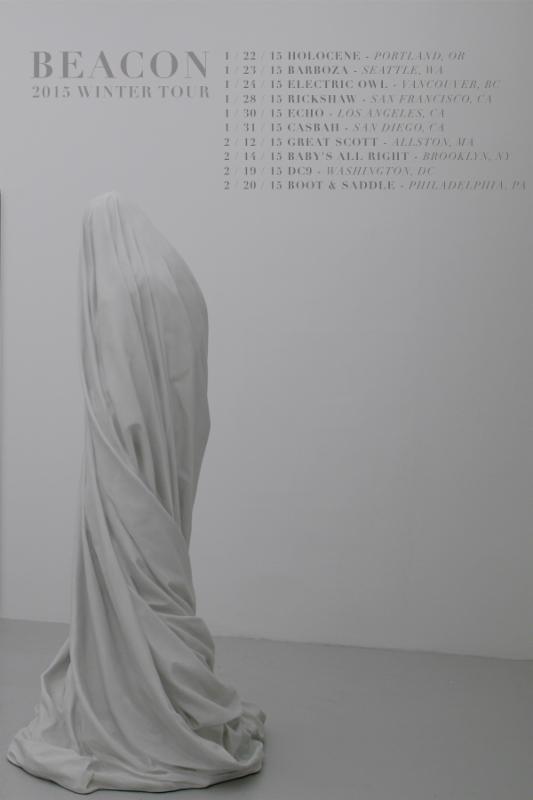