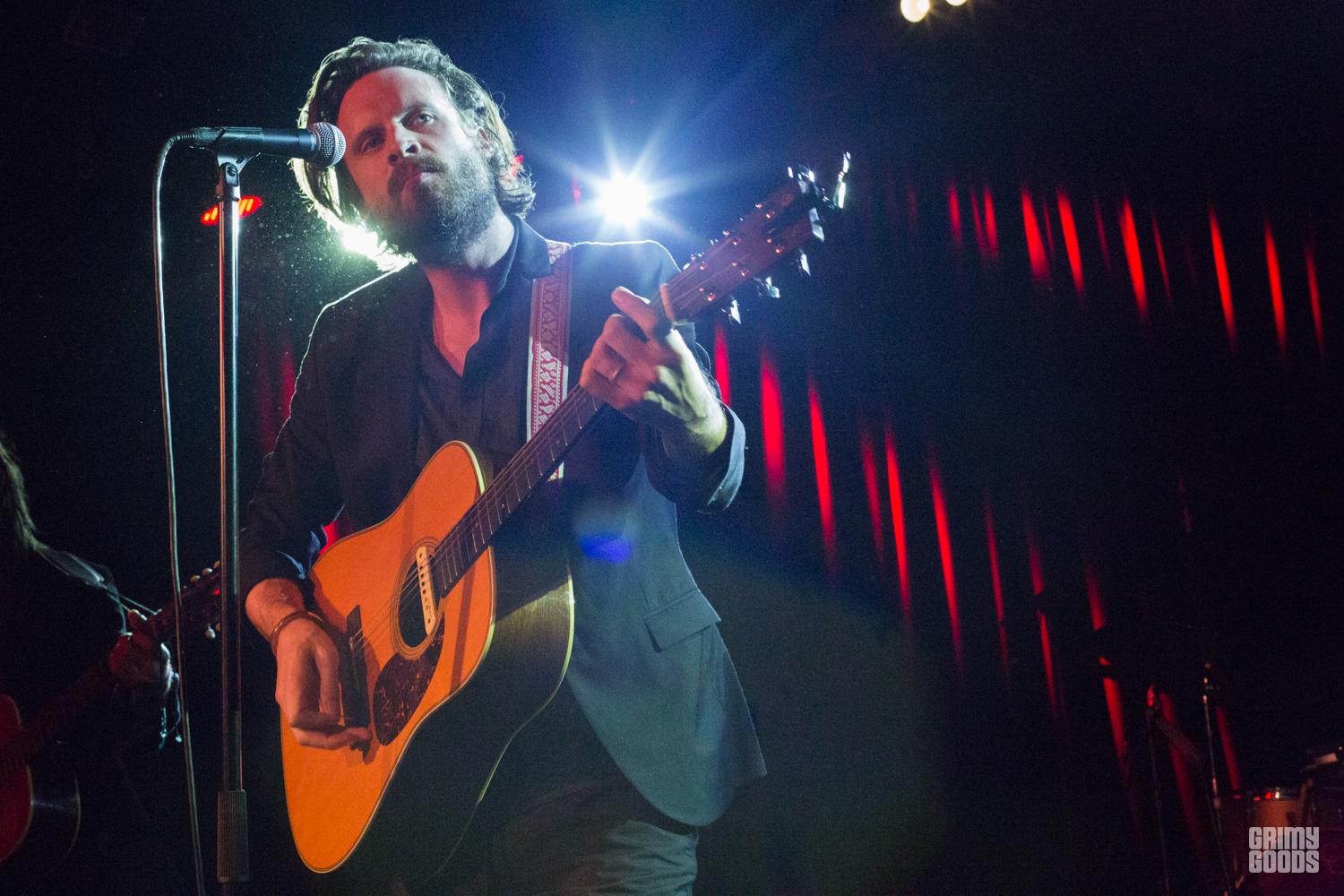 There is something brutally sad about Father John Misty’s new album. I Love You, Honeybear is almost entirely a tribute to Josh Tillman’s recent nuptials and the newfound outpour of love that marriage brings. But, upon closer observation, the record is also a dense piece that attempts to find the balance between this domesticity (“Emma eats bread and butter”) and FJM’s wanderlust (“I found her naked with her best friend in the tub.”)

Tillman weaves narratives that are both piercingly observational and snarky. On “Holy Shit” he sings, “Maybe love is just an economy based on resource scarcity” asking his love, “But, what does that have to do with you and me?” Like much of the album, it comes off as a plea for blissful ignorance wrapped in unshakeable awareness. Because, isn’t that what love is? 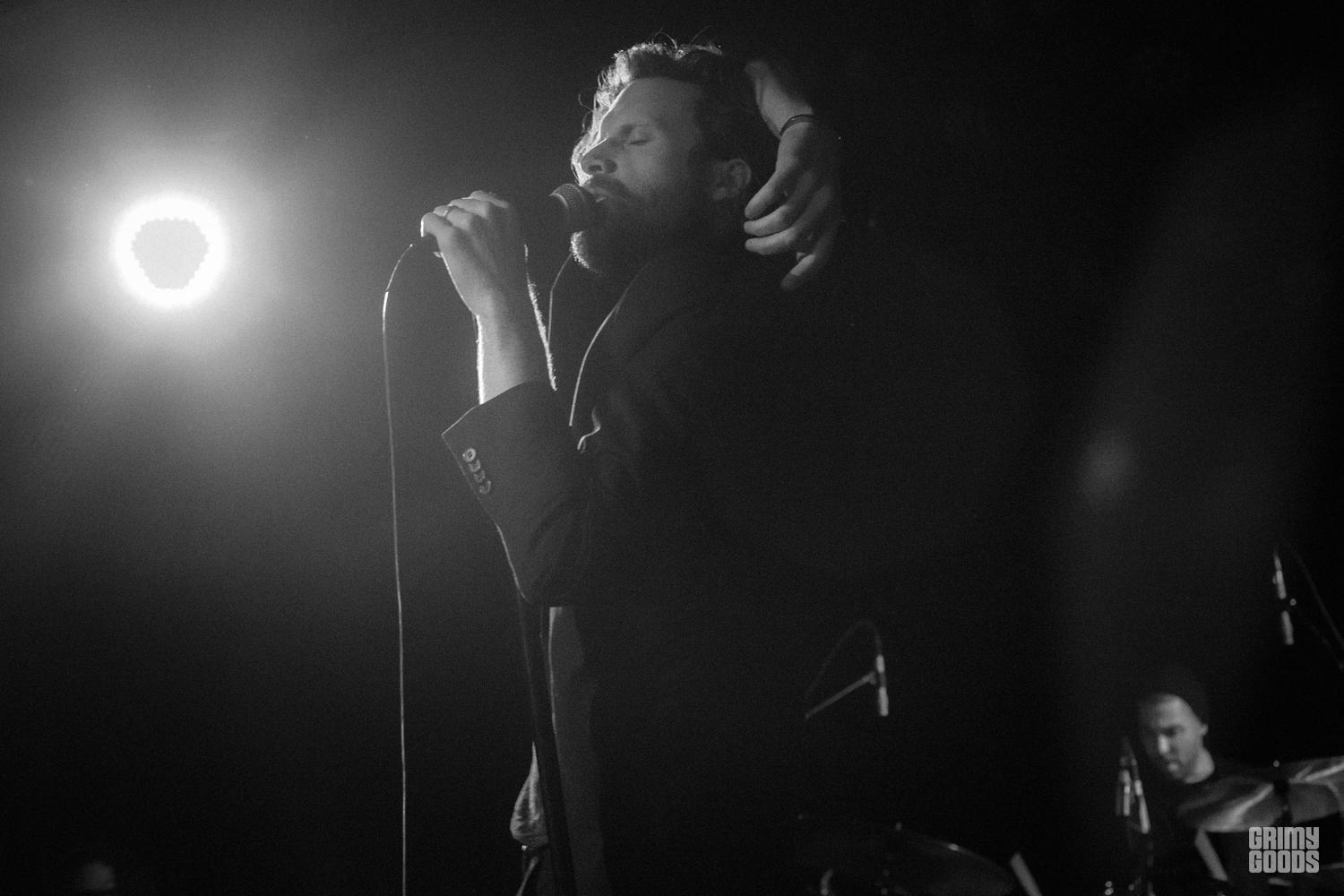 The subject matter of these tracks can be brutal. But, it is all performed with such gorgeous arrangements that the sadness only hits later, if at all. Not to mention Tillman’s penchant for witticism, which only further obscures the feels.

So, his show at the Roxy last night was an odd beast to behold. The crowd was intensely behind him, nearly to a fault. What I mean is that if we were cognizant of how devastating some of these songs were there would have been less rapturous, catcall applause and more respectful introspection. But it’s difficult to think inwardly when Misty performs so uproariously. Also, he has become a sort of sex symbol, and he definitely knows how to utilize that. He’s a wonderful showman that is currently living up to the shaman ethos he has come to embody.

We had our first glimpse of this newfound stage presence a few months ago. His, now iconic, Letterman appearance had all the makings of a memorable performance. It was nothing if not the pensive Jeremiah to Future Islands’ celebratory King David. When I first heard “Bored In The USA,” the laugh track near the end was disarming as all hell. On Letterman, the effect was similarly disconcerting. It was ominous, laughing at all the decrepit truths of our materialistically blessed country. It was as if the audience was applauding the collapse of the union. 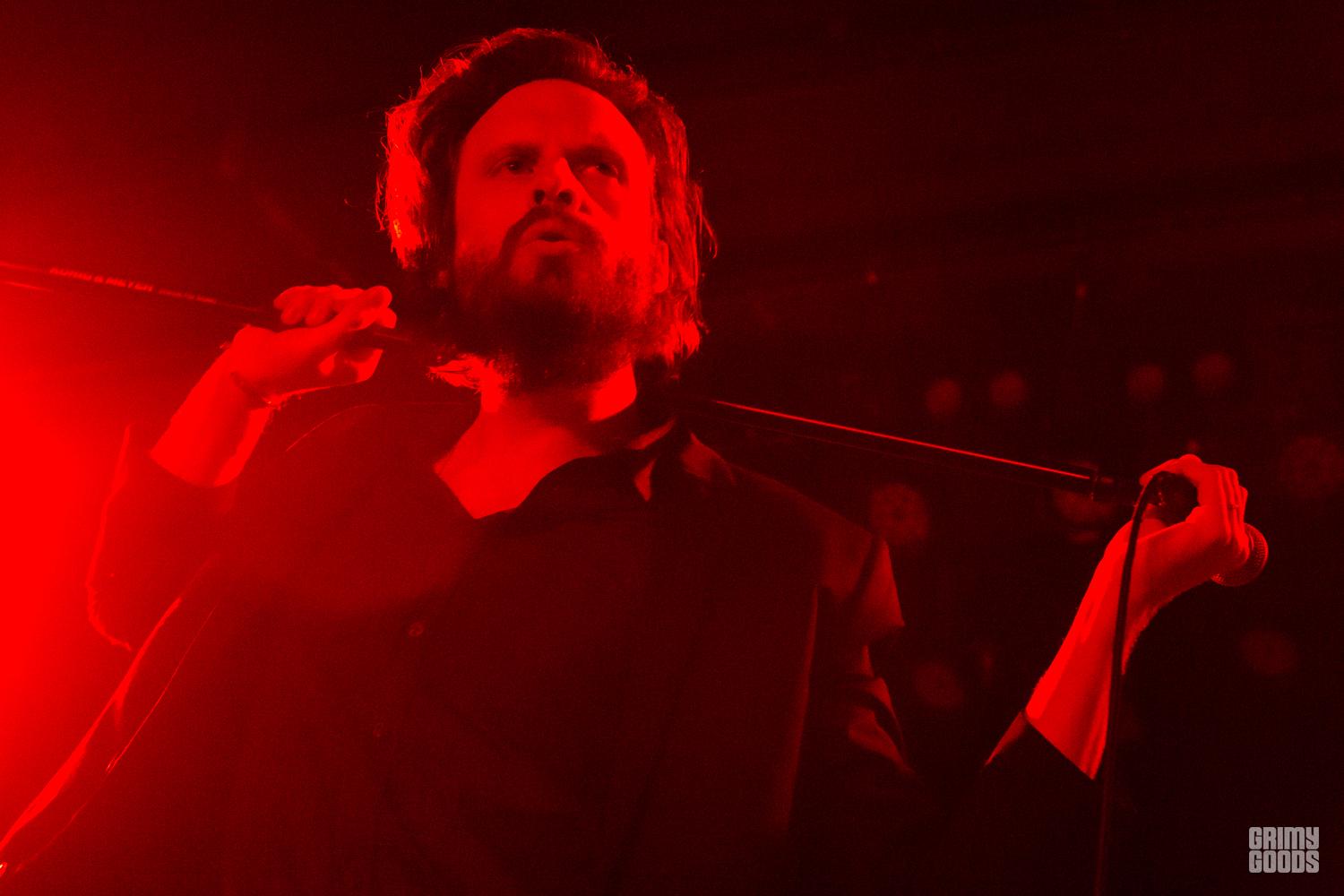 In the live setting, the song was a similarly triumphant unifier of nationalistic disillusionment. But, the cognitive dissonance between the applause and the subject matter was nearly too much for me to bear. Especially considering the totally non-egalitarian set-up of the Roxy. Seriously, I couldn’t help but notice the VIP nook off to stage right for the elites (complete with table and chairs, CHAIRS!) as Tillman sang about “sub-prime loans.”

To hear everyone clapping in between verses near the end sounded like this:

“Yea! Oh my god, fucking college system man! Can you believe we are totally going to buy into this with our offspring?”

“Oh boy, can’t wait to vote for another caricature!” 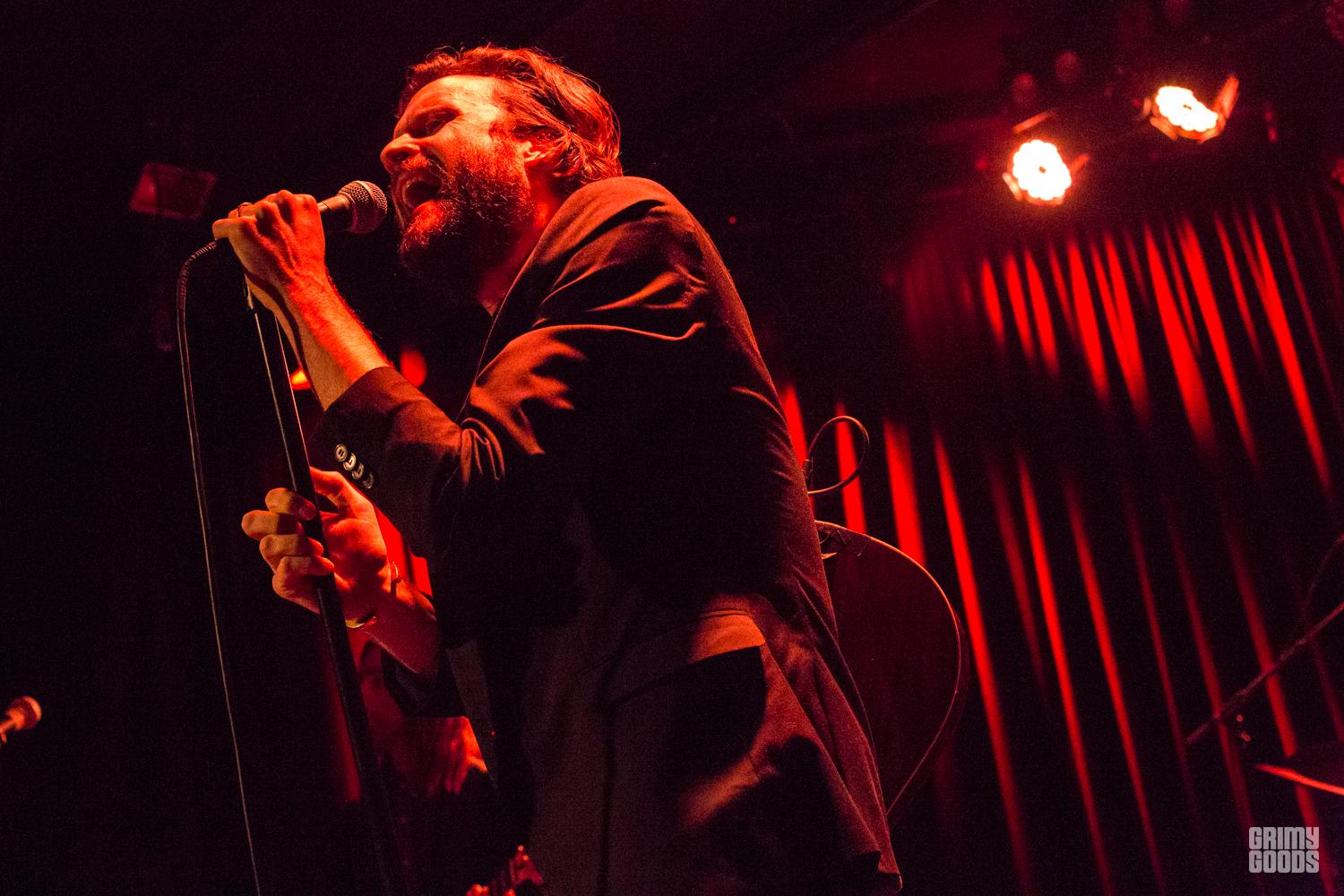 I couldn’t help but feel completely devastated at his show. It was the sort of tragic hyper self-awareness usually reserved for Death of A Salesman. When he sang, “Look out Hollywood / here I come” from “Funtimes in Babylon,” all I could think about was how many broken dreams started off with exactly that sentiment. “Hollywood Forever Cemetery Sings” was similarly soul crushing, hearing 400 people sing, “Someone’s gotta help me dig” can have that effect.

But, you could really take the performance in either direction. The sheer beauty of Misty’s voice is enough to make you forget how chilling his material can be. The conviction with which he sings, “What’s the problem, jerkoff?” definitely makes you root for him. Also, some of his lyrics are “like, literally” hilarious. 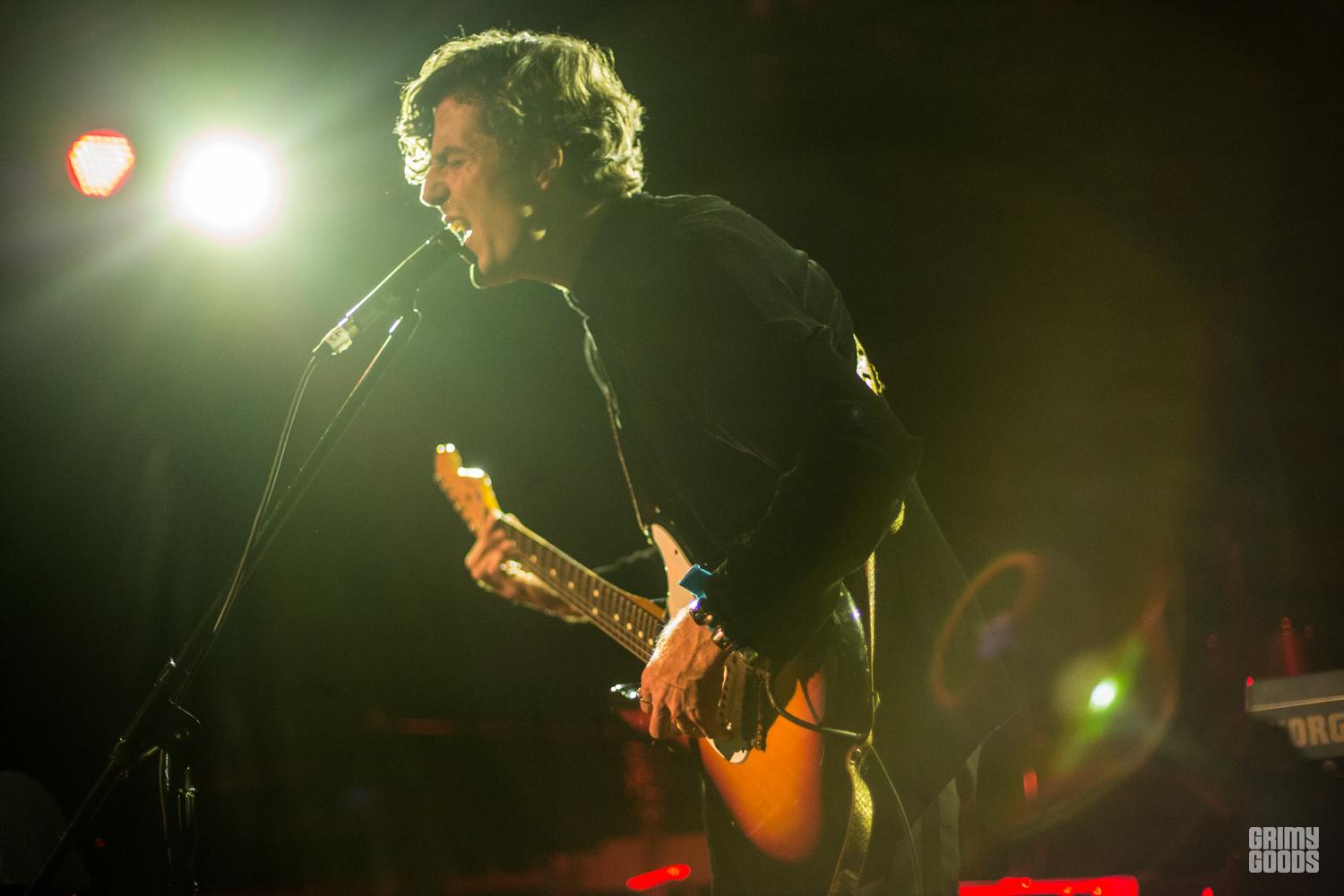 But, if Tillman’s set was a veil shredding display of American hubris, than Guy Blakeslee’s opening set was anything but. He performed solo with an electric guitar and occasional drum loops and a jingle bell bracelet. He mostly finger picked his way through forgettable lyrics like “just like me/wanting to be free” and something about “collecting my tears.” I don’t know. When he sang, “Instead of surviving/we might learn how to live” I was seriously wondering where dude was from (turns out it’s Maryland.) Like, is white boy talkin’ about America? The place where people complain about their fucking lattes? Try going to some other parts of the world where people sleep on sand. Shit is real, bruh.

Look, maybe his material has a deeper conceptual factor. It could be he is writing music from the perspective of an orphan boy during the Great Depression or the Dust Bowl or something. Maybe I’m ignorant. But, to sum up the disenchanting vibe, I remember some guys next to me during his set talking about how they were, “going to buy a Gibson tomorrow.” So, yea, you get it. 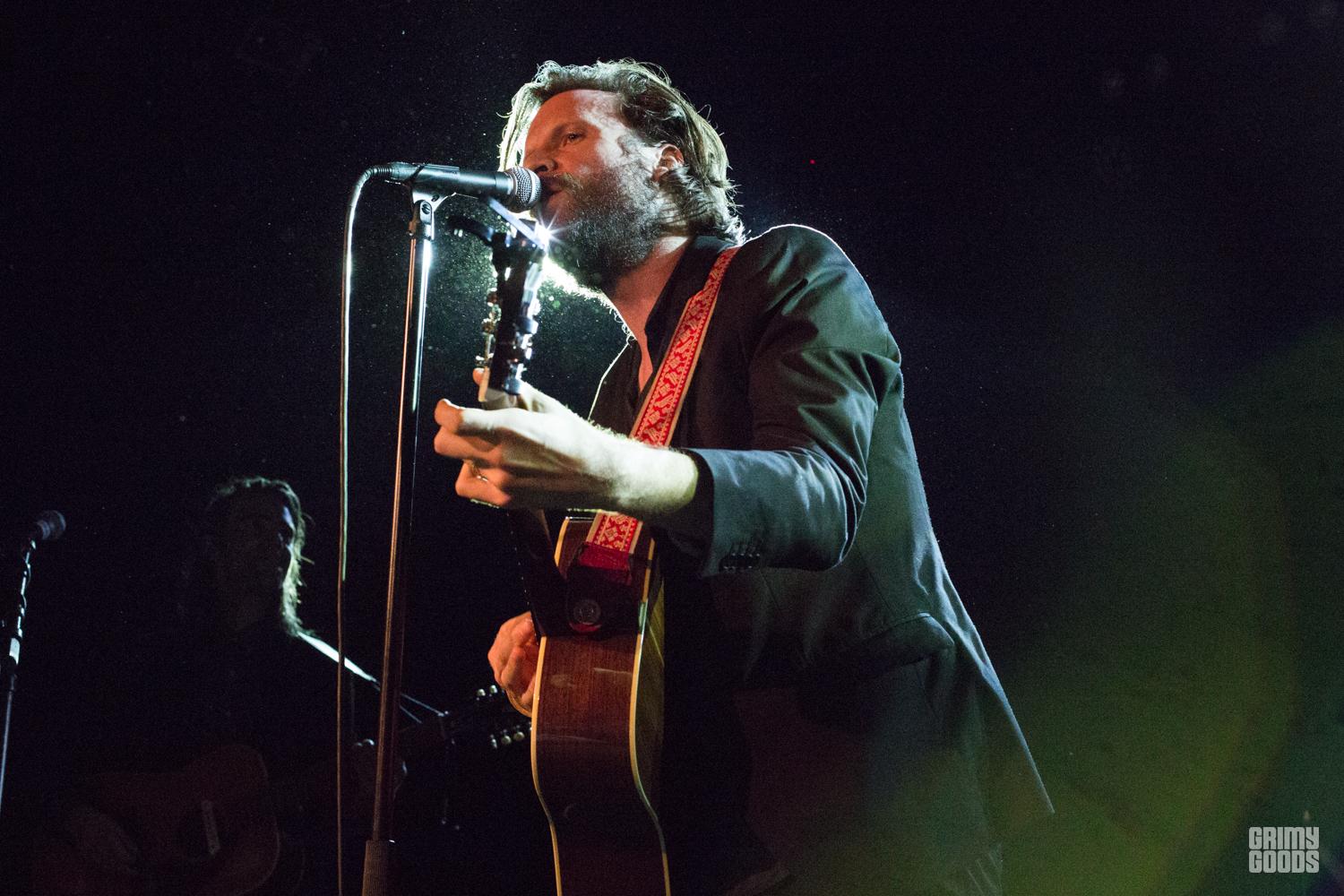 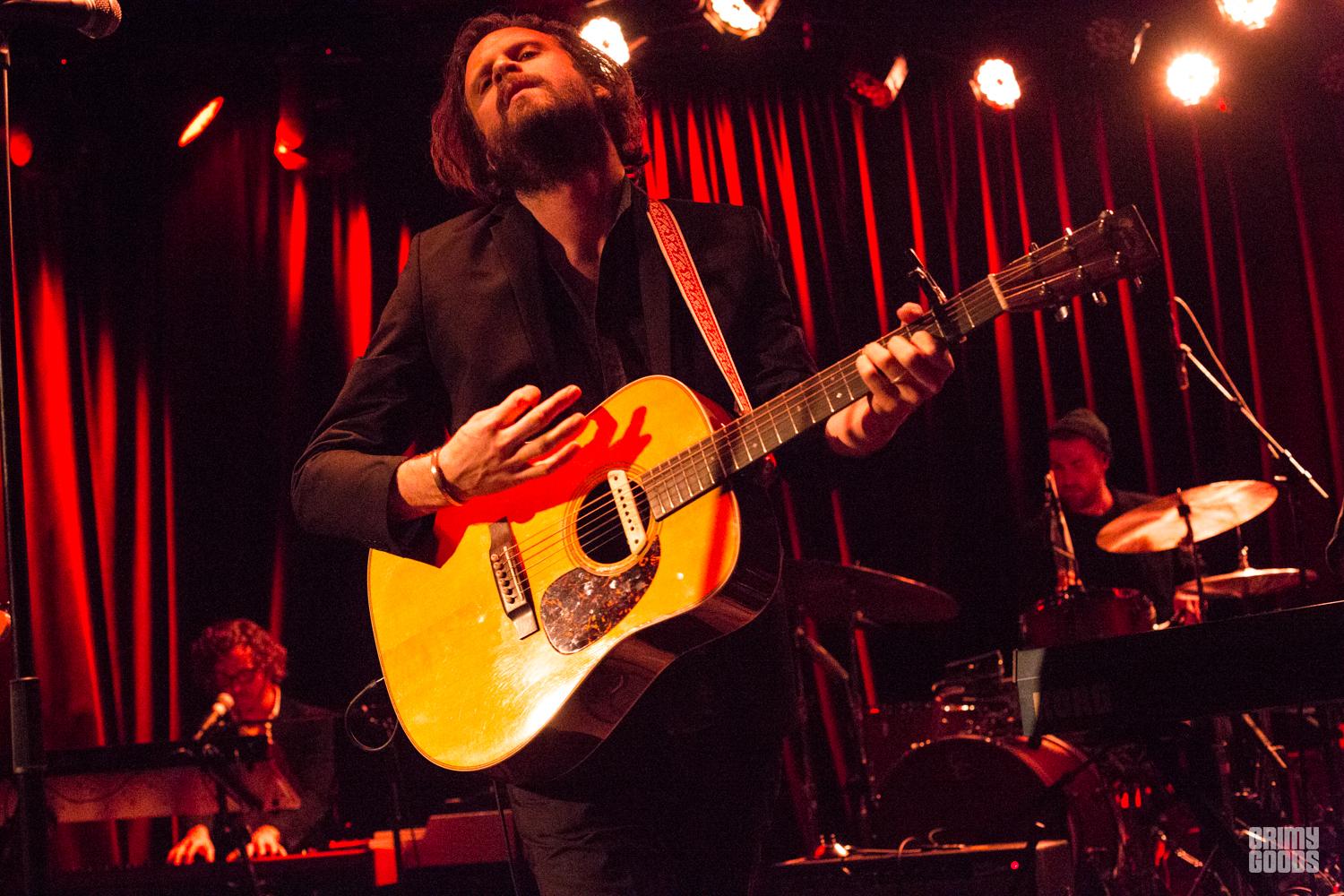 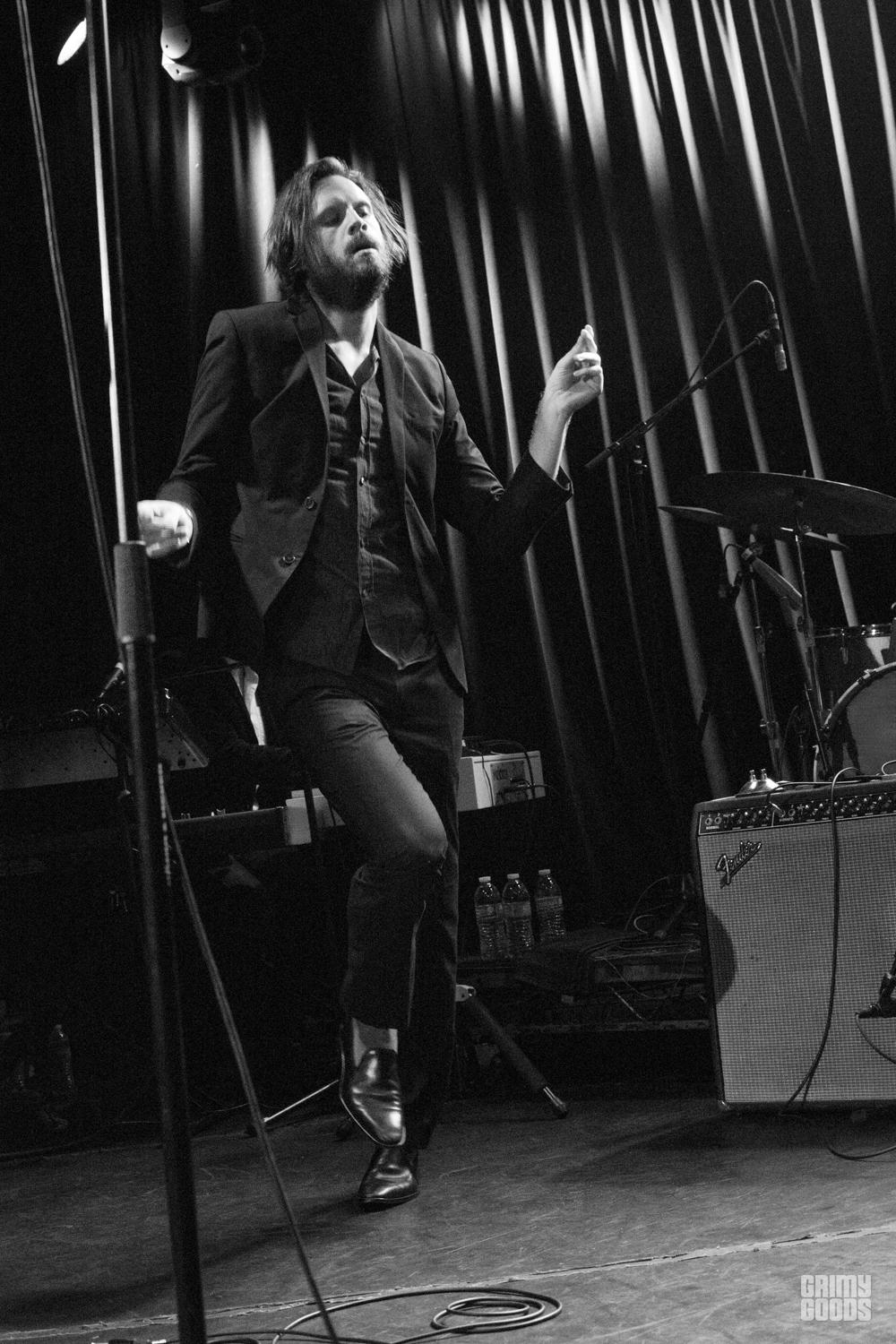 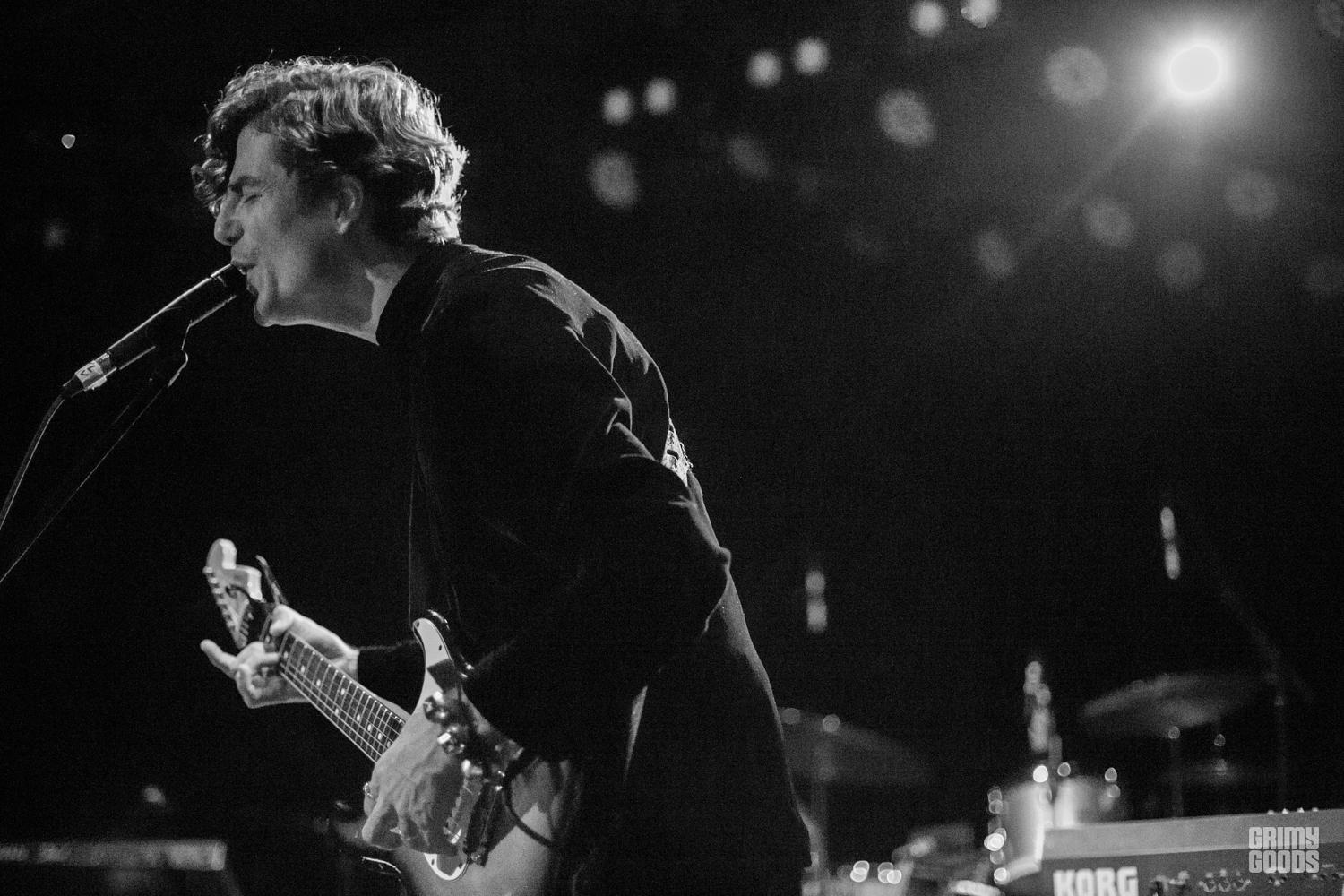 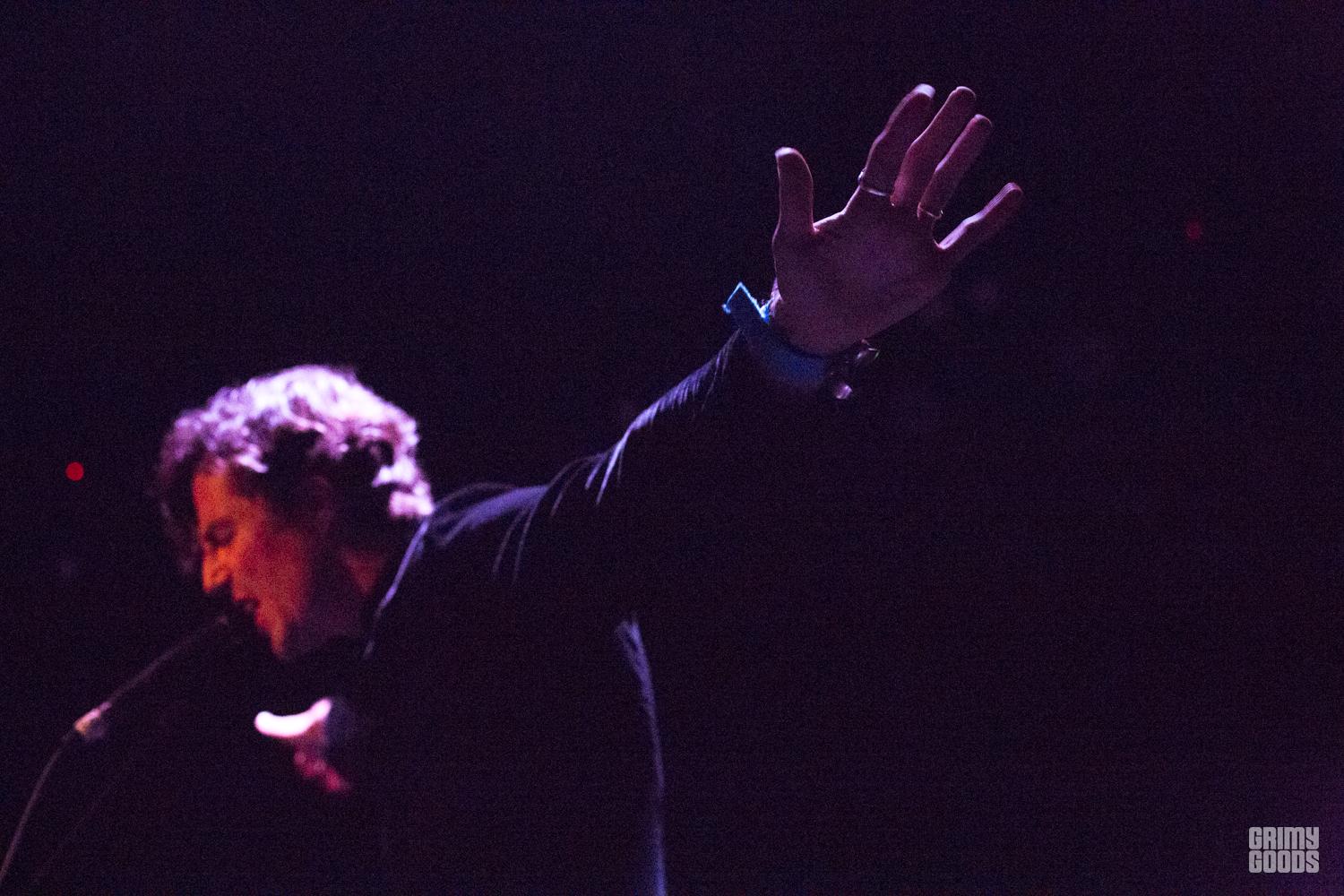 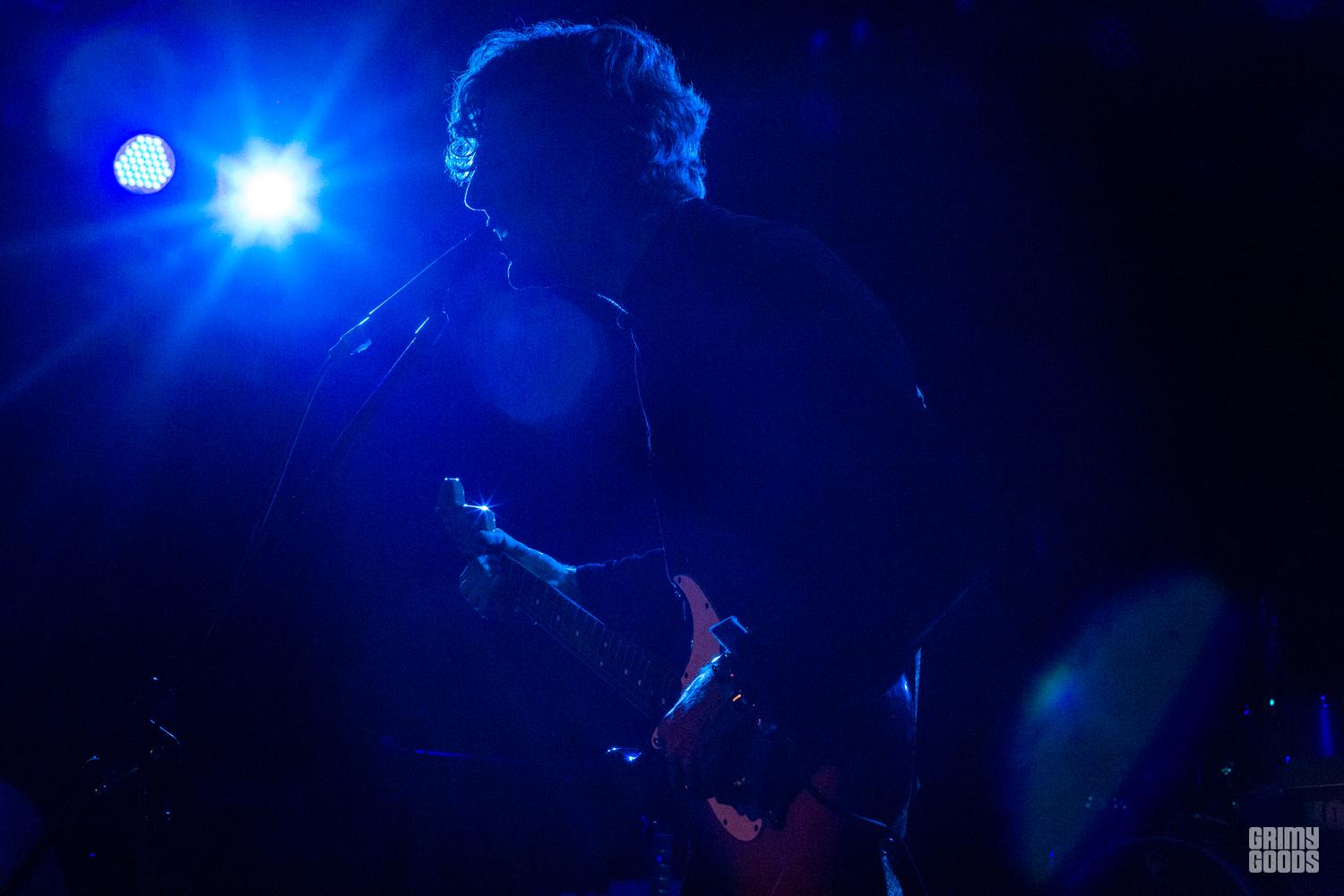