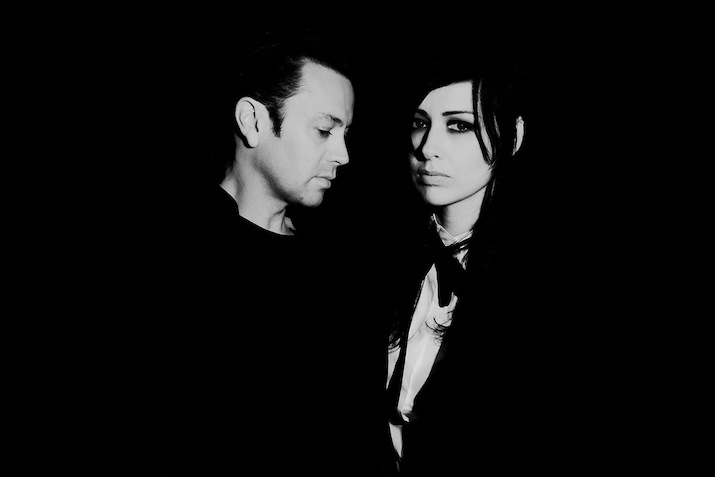 Los Angeles by way of Australia duo The Black Ryder are scheduled to headline The Echo on Wednesday, February 25th. The delectable duo of Scott Von Ryper and Aimee Nash pulled out all the stops on their new album The Door Behind the Door – engineering, producing and releasing it on their own imprint The Anti-Machine Machine, in conjunction with The Orchard, due out this upcoming February 24th. Hear the new tunes like the atmospheric “Seventh Moon” live! Vinyl Williams and Slow White support.

Photos: The Black Angels With The Black Ryder At Pappy & Harriet’s

Tickets are $15, show starts at 8:30 pm, and the event is 18-and-over. You can purchase tickets or try and win a pair of tickets with us by entering the contest below!

First make sure you’re following Grimy Goods on Twitter here and/or “like” our Facebook page here. Next, email ggcontests@gmail.com with your full name for guest list and a clever reason why you want a pair of tickets to The Black Ryder at The Echo. When you’re done with your email, send us a Tweet so we know you entered the contest or you can post on our Facebook wall. We’ll select a winner that has done all of the above mentioned. Winners will be announced via email, Facebook and Twitter on Saturday, February 21st. Winners will have until 10am Sunday, February 22nd to reply back to our email and confirm their win.

FACEBOOK: Just leave a comment on our wall letting us know you entered our contest for tickets to the The Black Ryder at The Echo on February 25!